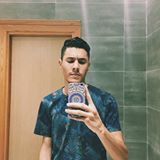 ASSIGNMENT QUESTION:
Steve is an alpaca breeder and carer. He owns a large farm in Mundaring, Western Australia. As part of his services, Steve charges alpaca owners $100 per week to care
for their alpacas. For this amount Steve ensures that the alpacas are kept in a secure enclosing and feeds them as well as provides fresh clean water each day. At night
Steve locks all the alpacas in his large barn. One morning Steve notices that one of the pregnant alpaca is off its food and displaying respiratory problems and producing nasal secretions. Steve attempts to call the alpaca’s owner, Bianca, by calling the contact number left by Bianca when she registered her details. The telephone is answered by Bianca’s housemate who explains that Bianca has gone to Ecuador for 3 weeks and is uncontactable for that period.
Steve starts to explain to Bianca’s housemate about the alpaca’s condition but she hangs up and Steve is unable to get through again.
Steve decides to keep an eye on the alpaca and the next morning the alpaca is a lot worse and had contracted a fever and was dehydrated. Steve fears that the alpaca may
be suffering from a disease known as Bovine Viral Diarrhoea (BVD) and he again tries to telephone Bianca but the phone goes unanswered. Steve rings the veterinarian
who attends and confirms that the alpaca is suffering from BVD and had a prenatally infected five-month-old foetus, which had already died, and needed to be aborted via
emergency surgery.The veterinarian seeks Steve's permission and Steve agrees, knowing that without this surgery the alpaca will die. The alpaca is transported to the veterinarian’s surgery.The surgery is a complete success and the alpaca is back with Steve 3 weeks later.
One day after this Bianca returns to collect her alpaca. Bianca is very pleased that the alpaca is alive but refuses to pay the extensive veterinarian’s bill and transportation
costs adding up to $3500 and claims that since Steve authorised the surgery, he should be liable for its payment.
Required:
Advise Steve if he is liable for this $3500 bill or is there something Steve can argue to avoid this liability?
Restrict your analysis to legal principles and cases covered in Agency Law only.

This individual project of Agency law, highlight the relations between the principal and Agent, and specifies a specified circumstances where the agency by necessities are arises. Furthermore, this project also highlights the rights and ditties of agentand principal and circumstances where principle is obligated under the agency law to compensate to agent and act of agent is deemed to be act of principal.

Issue under given case:

Whether from the prevailing circumstances of the case, is principal under the obligation to compensate the agent for the expenses or cost incurred by him, and what are the legal, and circumstantial angel, which can used by agent to recovered amounts from the principal.

Facts of the case:

Steve is an alpaca breeder and carer, and Own a large farm. As part of his services, Steve charges alpaca owners $100 per week to care for their alpacas. As a part of his services, he ensure that that the alpacas are kept in a secure enclosing and feeds them as well as provides fresh clean water each day.  One night, Steve locks all the alpacas in his large barn and on very next morning he, notices that one of the pregnant alpaca is off its food and displaying respiratory problems and producing nasal secretions, Steve attempts to call the alpaca’s owner, Bianca. But unfortunately the Steve cannot pass a massage of prevailing circumstance to Bianca. Now in such critical situation, Steve decides to keep an eye on the alpaca and on the next morning the alpaca is a lot worse and had contracted a fever and was dehydrated.Steve fears that the alpaca may be suffering from a disease. Considering the high critical circumstance, Steve tried to contact, Bianca to give a real picture of prevailing condition of Alpaca. Again unfortunately, Steve was unable to contact the Bianca. This time the illness of alpaca was serious, and suffering from BVD and had a prenatally infected five-month-old foetus, which had already died, and needed to be aborted via emergency surgery.Now only the option to protect the Alpaca alive is to get surgery, considering the importance of situation and to protect the life of alpaca, Steve had decided to transfer for veterinarian’s surgery. Now the surgery was successful, and alpaca was in its original condition. Where the Bianca return to collect her alpaca. Bianca is very pleased that the alpaca is alive but refuses to pay the extensive veterinarian’s bill and transportation costs adding up to $3500 and claims that since Steve authorised the surgery, he should be liable for its payment.

About the Agency Law

Place Your Order
It is the relationship between two persons where one person is employed (known as agent) by another (known as principal) to act on behalf of that another with the third person. (Arts Law. (2018) .Under the agency law the relation of agent and principal is established either through oral agreement or through written the written agreement. The right and duties of principal and agent are governed by the terms as decided between the parties, orally or by written and by the agency Laws.

Agency by necessity arises in the following circumstances.
?    Emergency   : the law of Agency states that the agent is empower to work under every situation and even in emergency also. The emergency act prevent the principal for the major loss.  Like. An agent is empowered to sell a good which are perishable in nature and cannot wait until the instruction or direction of principal.
?    A person entrusted with another’s property: A person becomes an agent, where he is in possession of goods belonging to another and is under compulsion to protect the same from loss or destruction.(Law Quarter. (2018).
Some essential elements for the establishment of agency by emergency;
?    All the act of agent must be in good faith
?    The Act of agent must be in emergency
?    It is difficult to pass or communicate a massage to principal  while execution of work
?    The Act must be ordinary and prudence
?    The Act must be done with the intention to reduce the loss
The existence of all the above conditions established the agency by emergency. (Mondaq.com. (2018)

Some of the duties of Agent:

?    Basically, agent is not legally empowered to appoint or designate any person to do any act which was expressly or impliedly required by the principal to be performance by himself ( agent )  only, exception to this requirement is a normal practice in such industry.
?    In case if the principal become the person of unsound mine, in such a circumstances, it is a duty of agent to take a responsibilities on behalf of legal representative of late principal.
?    The agent is under obligation to follow the instruction and direction as if given by the principal and in absence of the any direction the Agency normalcy behaviours is normal industrial practice.Where the agent act otherwise, he shall be liable to make good any loss sustained, and account for any profits made to the principal.
?    It is a duty of agent to act in reasonable manner with adequate skill, knowledge and experience as possess by him in order to discharge its responsibilities under agency .
?    Agent is under obligation to render the proper books of his principal, on demand made by the principal, here rendering of account does not means that placing the account before the principal , but presenting the information along with supportive vouchers.
?    In case of difficulty, the agent shall use all his realistic diligence to communicate with his principal, and seek his instructions.
?    In the situation of emergency, agent should behaviour is like a behaviour of person in ordinary courses of business.
?     Agent is not empowered to collect the remuneration in case where the agent found guilty for the misconduct.
?    Except the lawful deductions towards his remuneration and expenses, the agent should deliver to the principal all moneys including secret commissions and profits made by him.
?    Agent is duty bound not to disclose any information, which he receives from his principal for the conduct of business
?    Agent is bound to pay damages to the principal for losses suffered due to not following the directions of the principal or non-exercise of reasonable diligence. (LegalVision. (2018).

In corporation of above legal aspects in the given case:

Here, in the given case the relation exist between the Steve and alpacas, show existence of principal agent relations, so whole case governing by the provision of Agency law.
The act of Steve seems like done in emergency, so all the condition as specified for the act of emergency will be applied.
?    Steve takes a decision for transporting the alpaca to veterinarian’s surgery is a good faith act and in interest of principal
?    Steve approved Bianca before deciding to transport alpaca forveterinarian’s surgery, but the decision to transport alpaca for veterinarian’s surgery is in emergency
?    Steve approved twice to communicating and to pass a massage for real condition of Alpaca, to Bianca, unfortunately he was failed, similarly while taking a decision of veterinarian’s surgery, Steve unable to communicate Bianca. This indicate that it was not possible for Steve to communicate Bianca while execution of work
?    The said act of Steve was ordinary and prudence
?    Finally the intention of Steve was to reduce the loss of Bianca ( principal )
The above stated facts indicate that the act of Steve is governed by the rules of act in emergency under the agency law, and all essential requirement for emergency behaviour was duly complied with.
In such a circumstance, the act of agent is deemed to be the act of principal and principal is liable to compensate the agent for amount that agent spend with objective to protect the interest of principal.
Steve behaviour was on good faith and in interest of Bianca, so during the later period, Bianca cannot avoid his liability incurred toward agent.

After observing the given situation of case and following the rule and requirements as stated under the Agency law.It can be concluded that Bianca is liable to compensate the Steve, and Steve can strongly argument or present his opinion on the ground of Act under emergency.Further the telephone recorded and oral or written statement of Bianca’s housemate will also support the act in good faith and with intention to reduce the liabilities of Bianca., moreover as given under terms of agency that the principal is liable for the acts of Agent and the agent can recover the cost which he had incurred in order to protect the interest of principal. All these point which Steve can used as part of argument and to recover the expense, which he had paid on behalfof principal.