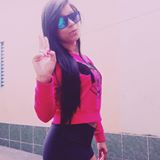 I am living in Chicago and I want you to choose artwork in the Art Institute Chicago.
http://www.artic.edu/aic/collections/
And this is the information the professor gave me,
Here is the link to "Writing About Art" by Marjorie Munsterberg:
http://writingaboutart.org/index.html
Begin by reading the "Preface" and continue reading all the way through. You can go from one page to the next to be simply clicking on the "Next Section" button located at the bottom right corner of each page.
Your assignment, which is to write a five- to seven-page Research Paper on a work chosen from the European collection at the AIC, is very similar to the assignment outlined in Appendix IV. Pay special attention to "Doing the Research," "The First Draft" and "The Final Paper" and note the many steps that can turn a first, rough draft into a final, finished paper.