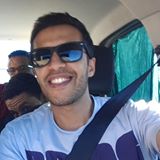 Elaborate on the Application of Risk Management to residential construction

The project paper has been developed on the risk management application for residential construction that includes design and construction of a single-family home. The paper is focused on assessing the associated risk with the project that has been planned to be developed.
The design and construction of a residential home require proper project analysis, beginning from planning to the execution while keeping in consideration the two most important factors, time and cost. Any deviation in the project progress due to expected or unexpected risks can lead to inflation in the costs associated with the construction project and the delay in the delivery of the whole project (PMI Standards, 1996).
Therefore, it is imperative that a project manager with the help of clients and other stakeholders should prepare a risk management plan that can help the project manager in taking appropriate mitigation plan for the same (Cleland and Ireland, 1994).
This paper has tried to understand the various associated risk with the construction based on the scope defined for the project. The chapter on risk management planning states some guidelines and plan that can be attempted to manage the risks after proper anticipation and assessment of the same.
The chapter on risk identification and risk analysis has tried to identify all the associated risks with the construction of the home and analysing the same quantitatively respectively. The last chapter on risk response planning has briefed some of the responses the project manager can take in to mitigate the risk.
[reviews]

The objective is to construct a residential home for a single-family within the six months period at budget should not exceed $160,000.

The deliverables of the project are:
- A home spread over 2400 square foot and two bathrooms, three bedrooms.
- A garage
- Kitchen appliances
- A gas furnace in the kitchen

Mentioned below are the milestones that will be used to monitor the project progress:
- Approval of the permit to construct the home – April 1
- Pouring of the Foundation for the construction – April 20
- Dry in. Framing, sheathing, plumbing, electrical and mechanical inspections passed – July 5
- Final Inspection – August 30

Mentioned below are the limits and exclusions for the development of the project:
- The construction of the home has to take place as per the specifications mentioned and the design agreed by the homeowner.
- The landscaping for the home will be the responsibility of the homeowner.
- The refrigerator cannot be called to be the material of inclusion while developing the Kitchen section
- The project staffs will work on the project for only five days a week from Monday to Friday and in between 9 am to 7 pm.
Customer Feedback
Mr Jane and Mrs Jane Roy

The risk management planning in the home construction tries to consider various processes that are important to be identified for the success of the project (Munns and Bjeirmi, 1996). Risk management planning assesses the hazards that are associated with project development (Atkinson, 1999).
The risk associated with the project defines the way the project needs to be handled keeping in purview the various elements of risks while moving ahead with the project development (Morris and Hough, 1987).
Mentioned below is the strategy that has been deployed in the construction of the residence:
Avoiding the Risk: This strategy calls for changing the plan to avoid the likely occurrence of the issue.
Controlling or Mitigating the Risks: It calls for the reduction in the impact of the risk that is likely to occur
Acceptance of the risk: this strategy calls for considering the negative impact of the project risk and wait till the risk impacts the project
Transfer risk: it calls for outsourcing the risk that is about to happen. The outsourcing can be done on the financial front.
Mentioned below are potential risks associated with the project followed by possible mitigation for the same:
-    Lack of risk management or the speculation of the risks associated with the project might impact the overall project. Therefore, it is suggested that the project manager should prepare the associated risk list.
-    Lack of early identification may impact the overall project progress Therefore instead of waiting for the risks to occur, early identification should be calculated.
-    Failure of time management is the major risk for this prototype development. Therefore, the project manager should ensure that the project moves on the stated schedule.
-    The budget constraint can be the other risk factor if the project deviates. Therefore, project monitoring should be done on a regular basis.

Mentioned below are the positive risks that have been identified associated with the project:
-    Project is under budget
-    The likeliness of quality of the home to last longer than intended
-    The identification of the risk that the certain tax rule change might reduce the material cost
-    Better design accidentally
-    An innovative method by a project manager to complete work faster
-    Early assessment by the owner of the poor management by the project manager

Mentioned below are the negative risks that have been identified associated with the project:
1.    The conflict between the project manager and the homeowner arises due to the failure of the project manager to fulfil a design demand.
2.    Few of the key workers left the job due to less payment from the project handling company.
3.    Scope of the project had not been defined properly in the beginning.
4.    Scope starts to move beyond as defined in the initial.
5.    The estimation might fail to be accurate.
6.    Prioritisation of things that were not according to the need
7.    The owner of the home has inaccurate expectation from the project
8.    Inputs brought in by the owner is off poor quality such as requirements
9.    The team handling the project missed understanding the project requirement
10.    Poor time allocation on the resources.
11.    Not well-trained staffs.
12.    A team not motivated to complete tasks in time.
13.    Lack of flexibility in the architecture of the home.
14.    Delay in the supply of material.
15.    Ambiguous communication from the stakeholders.

The negative risks mentioned above have been ranked as per the need for the response to each of them:
1.    Delay in the supply of material.
2.    Not well-trained staffs.
3.    The team not motivated to complete tasks in time.
4.    Delay in the supply of material.
5.    The team handling the project missed understanding the project requirement
6.    The conflict between the project manager and the homeowner arises due to the failure of the project manager to fulfil a design demand.
7.    Few of the key workers left the job due to less payment from the project handling company.
8.    Scope of the project had not been defined properly in the beginning.
9.    Ambiguous communication from the stakeholders.
10.    The estimation might fail to be accurate.
11.    Prioritisation of things that were not according to the need
12.    Inputs brought in by the owner is off poor quality such as requirements
13.    Poor time allocation on the resources.
14.    Lack of flexibility in the architecture of the home.
15.    The owner of the home has inaccurate expectation from the project

This section details the proactive and reactive responses the project manager can use to handle the issues that might occur similar to those mentioned above:

Mentioned below are the proactive responses:
Keeping spare employees for the construction project
Having extra supplier to supply the project
Estimate the scope thoroughly and reassess the regularly as project progress.

Mentioned below are the reactive contingency plans:
Having a person appointed to act at the time of any sudden changes can be a suitable way to handle the project risks.

The project risk management can be stated as a true tool that can help the manager identify what needs to be developed and what needs to be handled in case of sudden changes.
The project manager needs to have various contingency plans based on the anticipation and expectation of the occurrence of the project.

"Note: The sample given above is submitted by a student. You can request a higher quality assignment from us through our Order Now form."