Question Based on Human Resource Management 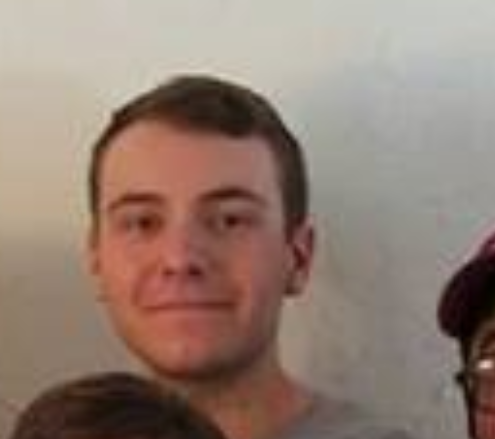 Case Study - Southwest Airlines
: Will email necessary files shortly. Follow guidelines given, use fluent grammar and spelling. U.S. English.
The expectancy theory of Victor Vroom states that the motivational aspect among the employees.
What particular aspects of how Southwest Airlines compensates and rewards its employees likely are connected to the company’s low turnover rate?

Place Your Order
The training and development of southwest airlines are significant in its strategic development as it represents the culture, attitude, etc. as for hiring fresher, it needed a relational competence as well as functional expertise. It is very much committed to their employees and customers. Their belief is that if the client is happy, then for sure he will fly again through their southwest airlines. Their primary motive is to stable they are working with approaching new opportunities and personal growth of an individual. So, many other actions were taken by the Southwest airlines such as it formed a leverage of best practices or program of training by focusing on their four main objectives as follows: coordination, consistency, continuous improvement and the level of community referring the customers adopting legendary services as the part of their training with the enhanced core values. Moreover, it includes the training aspects by the consolidated efforts of in-flight, maintenance, ground operations, customer support and services, customer relation, and sources of support that helps in enhancing the training and development program in a wider of approaching it in this industry (Steffen, Steffen & profile, 2013). Though this training and development program strives the best in the industry, then their level of consistency and practices makes the sharing more advance making the southwest airlines more robust in nature with the enhanced events of training activities and many another tough course of development.

The expectancy theory of Victor Vroom states that the motivational aspect among the employees. As sometimes, the employees become lethargic and find everything unattractive and also feeling little in their field of work. It states that, the level of motivation lies in three aspects of one’s expectancy that is: person’s expectancy in terms of probability on a part of individual efforts, so as per the southwest airlines, in this the employees work on their efforts in order to generate the fruitful result in the development of their airlines. Secondly, the performance, it states the perceived connection between the real and fake aspects in terms of rewarding, so the employees of Southwest Airlines, it emerges in the concept of getting the reward as per their efforts in the company, further think of appreciation after all their efforts towards the development of the southwest airline ("Vroom expectancy motivation theory | Employee motivation theories | YourCoach Gent", 2009). Thirdly, the reward, in which an employee wants a real asset to conclude their fruitful efforts towards the industry.
Thus, the theory of Victor Vroom of motivation implies:
Motivation = (E * I * V)

What particular aspects of how Southwest Airlines compensates and rewards its employees likely are connected to the company’s low turnover rate? Be specific. Southwest Airlines has been described as having a unique culture. What specific aspects of its culture make it unique? How have these aspects played a significant part in Southwest Airlines’ effectiveness as an organization?
The southwest airlines motivates their employees in many different ways, their essential elements in making a unique concept involves as follows:
A warrior spirit
A servant’s heart
A fun-loving attitude
All these value the industry in a most efficient way. It plays a vital role in evaluating the all these aspects in their field of working. As, the people want the best quality of their spending or variety of reasons such as - might be the business meeting, vacations, all these aspects were crucial in dealing with the company’s turnover rate.
The servant’s heart also shows the importance of respect among the employees. It focuses on giving the best by the impact on people's lives and deal with it in a friendly manner which also gives the low cost of traveling. This way, it increases the servant’s heart for their services of top management as customer loyalty matters a lot in maintain the value of their work.
And, the foremost aspect is fun loving attitude, which makes them proud to be here (Makovsky, 2013). All these enlarges the value of the southwest airlines all in a unique way significantly increases the effectiveness and the efficiency of the organization.

Southwest uses marketing to present itself as a low-cost leader, even though it may not be the cheapest fare. Southwest is more of a differentiator, using those short haul segments rather than hub and spoke. Southwest is much of fun, convenience, and speed. Individuals take short haul flights that might just as easily taken by car, bus, or train. For that, it has to provide frequent flights and rapid turnaround times at the gate,
Southwest uses the same fleet of aircraft, to limit the number and variety of technicians and the training cost which would be required for a varied fleet. They have brought in some of the gate equipment and luggage vehicles that use electricity or available source of fuels. When computerized reservation systems and ticketless travel were introduced, it was done so as a cost-savings tool.
Another low-cost approach was to avoid full-service activities, whether that involves cargo, meals, or additional services afforded by larger carriers. As such, they are still the only airline to have over a quarter century of profitability. It has been found that Southwest invests heavily in fuel futures, locking in fuel prices in advance; in order not suffer shock during summer highs or following terrorist attacks. Southwest also keeps the good reserve of cash. This allows will allow it to engage in a slow and deliberate expansion into new markets, without taking on vast amounts of debt.
The functional strategy of Southwest is always achieved through its competitive advantage, which encompasses low fares and great service. Southwest accomplished its efficiency by doing much with less. Also, it has won the competitive race with creative and innovative ideas. Its Personnel offers a high level of service. The business-level strategy has been accomplished through cost leadership and differentiation. The company is a cost leader, by keeping expenses and costs low. Southwest achieves differentiation through its market segmentation. It focuses its efforts on limited market segments, such as the cost-conscious business travelers. Distinctive competencies are achieved by offering necessary services, without adding its costs on in-flight food or other costly frills. Global strategy has no direct effect to The Southwest. This is due to, southwest does not change to other regions, for instance; other companies might relocate to Mexico as a cost-reduction strategy, but domestic airlines do not have that extension opportunity (spark, 2012). Its corporate-level strategy is achieved by strategic alliances and diversification. This is usually made by vendors. Diversification strategy at Southwest is achieved through the expansion of airline and its investment activities.

The recommendations that help in making the southwest airlines to deal with the future labor union challenges were as follows:
Pay and rewards: if it is the favor of employees than it would be beneficial regarding Southwest Airlines.
Changes to standard conditioned hours: if the working hours best fitted with according to the employees, then will be beneficial.
Changes to rules on travel and subsistence: offering leverages on the traveling accommodations.
Changes to sick pay arrangements: there should be proper means of leave given to employees if it is needed in case of urgency (Steward & Steward, 2015).