PREVALENCE AND TRENDS OF THE HEALTH BEHAVIOR 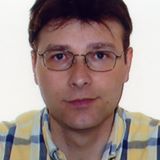 Need to reserach on drug use health issue relevance to young people.

The use of drugs has been increasing among youngsters and it has also become a major trend which drives them to show their status among others. The most common factor that leads to drug use is pressure from peer at college and schools (Scott, et al. 2018). Thus, in this context the study has been emphasizing on prevalence and trend for health behavior and along with that, researcher has also mentioned about protective and risk behavior for young people. Furthermore, the social perception of the health behavior of young people is also discussed.

NATURE OF THE HEALTH ISSUE

On global nature, substance abuse is a public health problem in which many young people often conduct varied experiments with a variety of activities. Many people do not understand the reasons for which youngsters consume drugs. People usually mistakenly think that those who take drugs lack in moral principles or willpower; hence they could not stop themselves in using drugs (Cheung and Cheung, 2018). However, in reality drug addiction is a complex health problem which makes things out of control; hence leads to addiction consequently. Drug use is not about heroin, cocaine or other illegal drugs; but it is also about alcohol, opioid painkillers and other legal substances.
From many research studies, it is being identified that drug abuse is a growing problem among teens because they are more prone to experiments of a variety of substances. In young age, use of drug is increasing because youngsters remain very much cautious about their reputation and social image (Levy, et al. 2018). Today, mostly 69% of the youngsters consume drugs in the age of 15 and usually they start this activity during college parties and social gatherings. Due to peer pressure, they feel more affirmative in taking drugs. Use of alcohol and drugs before developing the brain increases future risks for addiction to alcohol and drugs dramatically (Pechorro, et al. 2018).


PREVALENCE AND TRENDS OF THE HEALTH BEHAVIOR

More than 23 million people over the age of 23 years are engaged in drug intake. In Australia, young adults between the age of 12-17 are drinking more and consuming more drugs which increases the illicit use of drugs. In the year 2016, more than 3 million people in Australia were witnessed to be using illicit drugs and the most common category was cannabis (Three charts on: Australia’s changing drug and alcohol habits. 2017). In the year 2014, a survey was carried out in which Australian students were selected and then it is found out that secondary students aged below 17 had consumed alcohol. Along with drinking and smoking, youngsters enjoy intake of cocaine and heroin.
Likewise, other countries the issue of drug abuse has been increasing in Australia because no such preventive actions are taken by family members and parents. In young age, people are not concerned about the impacts of drug consumption; hence they make no efforts to quit the addiction and after a certain period of time, this becomes a habit for them (Kloosterboer, et al. 2018). In social parties and other group gatherings, the use of drug is common; thus this has become a common pattern. Some intake it for fun and entertainment and some take it for experiment. Psychological problems have been increasing among youngsters due to anxiety and depression and this has also become one of the prime reasons that increase the intake of drugs.

Youngsters who are addicted towards drugs should be provided suitable and natural therapy which can help them to come out from the habit of taking drugs. There are counseling sessions for such health problems; therefore youngsters must attend the same. Parents should consider the importance of natural treatment as medication can harm the overall health aspects (Jorge, et al. 2018). Drug addicted people should not live in isolation as that may drive them more towards intake of the same. Furthermore, in terms of protective facets, rehabilitation centers are also available which can guide and help the patients to quit this addiction. There must be proper awareness among people regarding the impact of drug usage.
It is also observed that when youngsters consume drugs, they are more likely affected with mental health problems because chemical substance affects the functioning of brain. This may lead to brain disorder or other issues (Goodwin, et al. 2018). Similarly, drug addicted person is also at a risk of committing suicide due to depressed feeling.

The use of drugs among young people is getting enhanced because of social perceptions which also changes the way a person thinks and conducts different activities. All the teenage parties have use of illicit drugs which encourages young people to get more into that pattern (Barman-Adhikari, et al. 2018). Alcohol and smoking have become highly common in all the age groups especially after 16 and due to lack of restrictions, the involvement in the same amends accordingly. There are many factors which pressurize or drive a person to take alcohol or drug such as – pressure from parents in studies also affects the mental situation and to find relaxation, youngsters prefer to take illegal substance (Livingston, et al. 2018). Nonetheless, people do not show care and affection with drug addicts; hence due to isolation, mental status of the person changes. Henceforth, it is clear that social gatherings and other activities have a direct impact in influencing the mind-set of youngsters.

On the basis of above discussion it can be said that drug use can be controlled when there is suitable awareness among people about the worst effects. The health condition of the person worsens if the degree of intake increases as per the time. Henceforth, it is essential for the government to develop several preventive measures so that people can take steps to quit consumption of drugs. Since, it has negative impacts on health dimensions; therefore appropriate care is to be taken for this health issue.