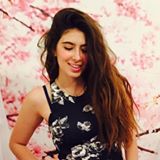 Case 3A - Personal Case and Problems

Situation
This is a personal case which is about five young team members working in a bank dealing room. Most of the professionals were experienced and had good educational background. The purpose of every dealmaker was to make money and there were different type of desks named as Money Market Desk, Foreign Exchange Desk, Fixed Income Desk and Sales Desk.
Money market desk dealt with liquidity and interest rate management. The job at this desk was not stressful and people working on the desk did not had a high educational background. The Foreign exchange desk was high profit making business, but the two professionals working on the desk were not motivated enough to speculate, hence the profits were on the lower side.  Fixed income desk dealt with the income portfolio of the bank. People working on this bank manage trading books and had a high intensity job. The people were highly paid employees and well educated. Last desk was the sales desk where customer support was provided. Two young professionals were working on the desk with average salaries.

My roles and responsibility

I worked as a chief dealer in the dealing room. My chain of reporting involves reporting directly to the treasurer. I also looked after the operational tasks including liquidity, exchange rate and interest rate.  Desk heads reported directly to me and my role was to make strategic decisions with the head of the desk. I did not had any trading experience and I was the manager of the dealing room. However, over the years I learnt about various tools and products in deadling room. I was the highest paid person in the room and an employer to the dealers.

I came across many problems working in the deadline room. I managed to find that members were not motivated, which was evident from the low profit making of the two desks. The members were not sure about my leadership quality considering I was not a trader. Environment in the room used to be stressful sometimes. There were too many unreceived calls and people took frequent breaks for smoking. The dealers were showing up late and leaving the room before the standard time. The cause of all these problems were the lack of commitment of the members to the group.

My goal was to bring a change in the attitude and belief of the dealers in the room. The questions was how can I bring the change? Was it by developing myself on various fronts or by helping other people in the room develop and train themselves? I was not sure if I was lacking any skills to help people and bring a change in the attitude of the people.
Skills required to handle the situation
Planning, Monitoring, Organizing, Coordinating and evaluation were the core skills required to do my job. I had to make a plan for the different desks, prioritize the work as per the criticality and urgency. I had to coordinate among different desks information flow if needed. Finally, I had to evaluate my work in the different areas.

Analysis and solution of the case

I managed to identify the areas where I had to improve. I had to improve my skills about problem solving, decision making, counselling, Motivating and delegating the responsibilities. I appeared for the few tests online to check my skills and found that there were a few shortcomings in my skills.
Management of the dealing room members
I turned to McGregor's theory Y assumptions to deal with the team members. I made a plan that how would I be treating them and train them. The only focus was to make all the members cooperative and organized. Few important things that I had to manage and improve for the overall improvement were feedback, climate in the office, communication process, influence, collaboration and relationship building.

I made a plan to handle the situation. The first part of the plan was to conduct a general meeting focused as the present situation and future plans of the dealers. After concluding the meeting, I prepared the notes about the feedback provided by each dealer in the room. Soon after the personal general interview, I conducted personal interviews. I prepared a report outlining the problems that member in the team were facing.  I discussed the strategy with all the members and collected feedback again. After including the suggestions by the team members, I prepared the individual action plan.
Working on my Skills in parallel - Emotional resilience and Decision making
I appeared for the different tests online and quantitative logical problems to improve my presence of mind and decision making process. With the process of self evaluation, I got an idea about the self-development.  I noted down the score on the various parameters such as emotional resilience, decision making, mental agility, clarity of idea, creativity, social skills and abilities, command of basic facts and professional knowledge to run the dealing room.
I found that my score was not great on emotional resilience and decision making in the area of problem solving. I am the individual whose feelings about a situation are clearly visible on the face and person in front gets an idea about it. I had to learn about controlling and hiding my feelings in  a certain situation. I practiced to control my feelings for two to three weeks time and was able to manage my tone, feeling about a particular situation. I also managed to express my negative feelings in a positive way. I practiced it with my close friends and family members and over the time I gained perfection in emotional resilience parameter. I also maintained a log of my daily practice sessions to check how I performed and what further improvements were needed.
The other set of activities that had to follow were focussed on improving my decision making skills. I had a problem in identifying the nature of the problem. I couldn’t decide if any problem was has an intuitive solution or rational solution. In intuitive situation, there were quick real time decision making with unpredictable results. After a set of sample tests, I was able to make rational decisions and intuitive decisions based on the situation.
After following the action plan for myself, I honed my skills that were necessary to manage the dealing room and different desks.

I was informed about the behavior of each individual and their problems about my leadership style. I customized my behavior as per the team members. The members who were short tempered, I treated them patiently. Members who were annoyed by my way of making decisions were more comfortable as I paid attention to their inputs and made a rational or intuitive decision accordingly. The team members were more interested in the work and they were willing to take inputs from me about different decisions they were making.