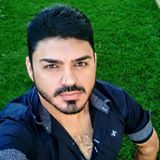 Using, at least, one microeconomic and one macroeconomic
theory please explain how low-interest rates, have affected
the British economy over the last 7 years, and what we
should expect from the Central Bank of England. Please
include recent journals articles as reference

Place Your Order
This paper deal with the study of one microeconomic and one macroeconomic theory in order to explain the impact of the low-interest rate on the British economy especially over the past seven years and the expectations from the Central Bank of England. UK interest rates have been at an all-time low value of 0.5 per cent rate since March 2009 in more than 300 years. The interest rate was stepped down to 0.5 per cent during the desperate times by the policymakers as an attempt to stem the rush towards the financial depression that seemed to have rocked the country. The low-interest rate meant providing a boost to the customers along with maintenance of the confidence of companies. This low-interest rate has impacted the country's economy significantly be it at a micro level or macro level.  The central bank is yet to take any decision on this paper; the paper, however, highlights the expectations from the central bank along with some solutions recommended for solving the problem.

UK interest rates have been at an all-time low value of 0.5 per cent rate since March 2009 in more than 300 years as provided in the graph below. The low-interest rate has impacted the dominant sectors of the economy leading to a severe slowdown where the activity was seen to be around 52.7 in February 2016 from 55.6 in January 2016.  The policy was low-interest rate was adopted seven years ago in 2009 when the interest rate was stepped down to 0.5 per cent during the desperate times by the policymakers as an attempt to stem the rush towards the financial depression that seemed to have rocked the country. The low-interest rate meant providing a boost to the customers along with maintenance of the confidence of companies. The feared financial depression demanded the lowering of interest rates. The interest rates were then lowered from 1 per cent to 0.5 per cent and by 2009 March, UK was in recession. In spite of the fact that the emergency owing to the extreme circumstances is over, any other move in the different direction would have contributed to a shock to the UK markets. Now, the country is out of recession, with unemployment falling the economy is flourishing at an annual rate of around 3 per cent. This seven years of low-interest rates have been beneficial in the rise of stock prices and property prices but at the same time has led to increase rate of unemployment in UK along with various other drawbacks. Numerous studies states that the decrease in the interest rate is favorable for the firms that are wanting to borrow but it has simultaneously created issues in the finances of companies with defined benefit pension schemes.

Microeconomics is a study that related the individual behavior and firms’ nature taking decisions associated with the limited resources. The decrease in interest rates affects the demand and supply of the company as well. With the decrease in the interest rate, the borrowing of money became easier and cheaper. This led to encouragement towards to the consumers and the firms for taking out loans in order to finance the higher spending as well as investment. With cheaper cost, the business started expanding regarding projects and capital as it became easier for them to make more investments. The period remarked flourishing of many businesses and firms. The companies and businesses can help to flourish the business and therefore it is beneficial for the long-term performance of the economy. As the companies started making more investments, they simultaneously started getting higher returns. This led to higher selling of their products as the consumers were also acquiring more income. In the nut shell, when the bank decreased the interest rates, it resulted in the increase of the money supply and the company find themselves with the high amount of money balances that the company actually holds. In response, the increase in purchases of good from the consumers increases and the demand for the assets and goods of the company increases.
The lowering of these interest rates raised the assets prices that can increase the wealth of the people and households and reduces the cost of financing capital purchases for the firms. But it also resulted in the encouragement towards the borrowing and higher level of debt. Further, one of the advantages of the lowering of the interest rate includes reduction in the monthly cost of the mortgage and their repayments. This results in the householders with the higher amount of disposable income and causes a further increase in the spending of the customers along with increased wealth. Despite these factors, the lower interest rate adversely affected the on the economy of UK due to the higher encouragement of purchasing of products in consumers and they started spending more and more amount of imported good. These practices have resulted in the increase in consumer spending and therefore in increased inflation, in turn, stimulating the economic growth of the country. (McKinsey Global Institute, 2013)
The rates have been constant throughout the seven years and can impose a significant threat to the central bank for setting up of another rate of interest in the near future. If the bank worries regarding the increase of inflation, they need to increase the interest rates so as to reduce the demand rate and reduction in the rate of economic growth. (Bhattarai, 2011)

Macroeconomics is a study solely associated with the behavior of the entire economy. This field helps to study all the phenomenon relating to the economy of any country.
In the UK, with the decrease in the interest rates, the people are encouraged towards borrowing of the money, further increasing the level of consumer spending and more investment. This practices resulted in the growth of the economy resulting in increased inflation. As the people saved less amount of money and indulged in debt practices, resulted in less demand for the currency and therefore the value of currency declines. With the fall in the exchange rates, the probability of export market being more competitive increases. Leading to increase in competitions the prices of imports are increased consequently.
When the economy capital goes into the assets and products investments and unemployment cases, increase further as there is a presence of laid off workers in the firms of UK. These laid off workers were costly, and the companies employed temporary workers in their place. This scenario suggests a case of deflation due to the lowering of wages which resulted in the failure of payment for the products and assets. These cases increased the unemployment among the people and further reduction in the payments. (Macroeconomic Imbalances United Kingdom,2013)
This way it is clear that the theory of inflation affects the theory of the employment as well. So on consideration of the macroeconomic aspect, it can say that the due to inclined consumptions and investments the country suffered from intense inflation. These inclination in the investments resulted in the increased GDP of the country. Depreciation in the currency of UK was seen.

In order to increase the inflation, UK has to increase their interest rate. Consequently, the central can then balance their demand and supply with the inclined base rate. The base rate can be defined as any rate that is set by the central bank below which it is not allowed to lend money to its customers and other banks. As soon as the central bank increases the base rate, the other banks consequently enhance their rate of investments and lending to the public. Due to inclined base rate, the other banks also borrow the small amount of capital and simultaneously public borrows less capital. As the base rate increases the other borrower, banks get capital at higher interest rates. Due to which they find it financially better to borrow less amount of money.  Consequently, they have the lesser amount of money to lend to the public, and when they lend it, they lend it at higher interest rates. This leads to less expenditure from the public as they start saving more and borrow less and ultimately the flow of capital decreases. This situation keeps things in control, and the central bank should look out for open market operations. The central bank is expected to find out methods so as to absorb the flow of capital as it ensures lowering of inflation. The central bank can do it by selling the government securities. Further advantages of these methods would also help to tackle the situation of the interest rate of UK.
With the talks being going round regarding the implementation of the EU referendum, it is expected to impact on the various variables like property prices that include the interest rates and the standard state of the UK economy. Although the assurance from the Bank of England and its policymakers have been provided to the firms and companies towards the steep increase of inflation and their continual in borrowing of money.

The UK economy is facing low-interest rate problem and with the implementation of EU referendum, the situation is thought to cause grave danger. This imposes the threat to the future of the nation. Hence, there is a need for implementation of various appropriate policies that can be contraceptive to the negative consequences of these situations, and to help the banks with the same situation. The bank should make an attempt to put its foot forward towards the OMO. However, all the necessary steps have been put on hold due to the uncertainty regarding the EU referendum.  The central bank should not increase raise the interest rates rapidly. The increase in the interest rate should be a slow process so as to enable the other banks and the public to get used to the situation and can they focus on the improvement. The competitor nation i.e. the US is also increasing its interest rates, and thus, the Bank of England should follow the foot step and analysis the situation can be done to learn from them.
Conclusion
The paper has tried to put some lime light on the macroeconomic and the microeconomic aspects of the historically lower interest in the UK. The central bank still needs to put its efforts towards the condition by the implementation of strict and serious policy so as to contribute to the economy of the nation.