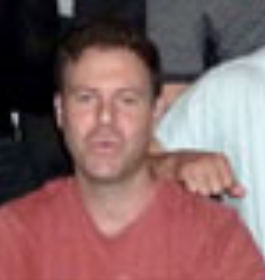 Moreover, due to the low confidence, consumers will not prefer to invest in the economy as they think that it might impact their profitability or the return on the investments. The interest rate change efforts from the government is not even going to solve the situation as instead of interest rate improvements to increase the investment, the economy needs confidence. There has been instance where the people have even spent in higher interest rate economy due to the high level of confidence. Therefore, there is limited relationship between the interest rate and the investment in the economy where the confidence of the people is low. Now if the real exchange rate is considered in the decreased consumer confidence, then it can be stated that the low confidence will have negative effect on real exchange rate. Moreover, the increase in the exports is likely to increase (lemmon and Portniaguina, 2006).
The consideration of expansionary monetary-fiscal policy is likely to help the economy recover from this situation. The recession refers to the decline in the trade and industrial activities and the expansionary policy of boosting the economy can be considered as the right tool. The graph given below shows the economy in the healthy condition. The graph represents an economy the functioning appropriately. In it, the every year, the total supply and demand shift to the right and the equilibrium can be seen shifting from E0 to E1 to E2.

However, the situation stated above is an ideal condition and the demand and supply rarely stays in tandem like always. As assumed, if the interest rate is low, and the economy is in recession then it can be inferred from here that the households are hesitant in consuming and are not confident of the market. There can be other possible cases also such as the reduction in the demand from the external marker or the reduction in the investments from the firms operating within the economy due to the lack of confidence in the economy or for other reasons.
In these situations, the central bank can implement expansionary monetary policy (Bordo and Landoon-Lane, 2013). This expansionary monetary policy comes with various measures such as increasing the supply of money, improving the loan quality, reducing the interest rate (which is already low), and shifting the demand curve to the right. Expansionary fiscal policy helps increase the demand. This is done by either increasing the expenditure of the government or by reducing the taxes levied on various elements. There are three ways that can be adopted to do this. Firstly, the taxes can be reduced to ensure that the consumers have more disposable income. The excess disposable income is most likely to return into the market in the form of investments. Secondly, the government can also reduce taxes levied on the companies engaging in production. The increased profit is likely to reduce the product price and it will increase the opportunity for the companies to invest more in expansion. Moreover, added with already low interest rates, the companies will have enough funds to make better investments. This in turn is likely to increase the employment level which will boost the disposable income and the economy might get on the track. Thirdly, the government can engage in purchasing the final products and other government assets. Moreover, grants from the government can also be increased.
The E0 in the figure above shows the recessionary situation that can be observed at output Y0 which is below the GDP. The demand has been shifted from the AD0 to AD1 by the use of expansionary policy of the government. The policy is likely to help the economy and bring it to E1 which is the new equilibrium output. However, as stated earlier that the production within economy was lower than its potential GDP and, therefore, increment in the price from P0 to P1 is likely to stay comparatively small. Now, which tool government can use is entirely on the political inclination and less of economic consideration.
Liquidity trap refers to the situation when the general methods to stimulate the demand are not working out and the reason is that the interest rates have reached almost zero.
The year 2008 brought major liquidity trap challenges for the European countries. However, the European Union came out of the situation by heavy investment in buying the government bonds and kick-starting the economy. However, after the 2012, one can witness the rise in the inflation while reducing interest rates till the last year. The initial investment did try to pull the economy from edge. However, that was not enough and situation is again precarious.