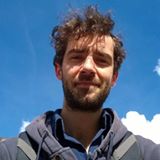 Place Your Order
Family and Medical Leave Act of 1993
Situation: Employee A has been with Company X for two years. Employee A's spouse gave birth prematurely to twins. He requested leave to be with his spouse, which was granted. Employee A has been on leave for 11 weeks and has asked to return to work, and to be paid the withheld salary from his 11-week leave. The previous department manager left the company during Employee A's leave. The new manager has agreed to Employee A's return to the previous job, at the previous rate of pay. But the manager has denied the request for the 11 weeks of withheld salary.
Act: This act is a federal law of US in which the employers provide the employees job protection and unpaid leave required for any qualified medical and family reasons. It may include family illness, personal illness, military family leave, pregnancy, adoption of child and foster care placement of the child (Snarr, 1993).
Major provisions (Snarr, 1993):
The employees covered under this Act are given up to 12 weeks of leave that are unpaid but job-protected due to family and medical reasons. Employees become eligible for leaves if they have worked for at least one year with the same employer and, or for 1250 hours in preceding 12 months.
The unpaid leaves are granted in the following situations:
For taking care of child after birth, or to place for adoption or foster care
For taking care of spouse, son or daughter who is suffering from any serious health problem
If employee has some serious health problem due to which he is not able to perform his work
The employer and employee have the option to substitute certain paid leaves for unpaid leaves. When the leaves are over, an employee has to be restored to his original position with equivalent pay, benefits, etc. and no loss of any benefit of employment is allowed that accrued before he went for the leave.
The employee has to provide a notice of 30 days in advance when he wishes to take the leave. A medical certificate is required to be submitted to the employer of any serious health issue
In the above situation employee, A is eligible for Family and Medical Leave as he has worked for the employer for two years. The leave was taken to take care of the children as well as the spouse so the act applies to employee A. Since twins were born prematurely so he could not give 30 days' notice but he can be exempted as it was an emergency. The violation has occurred in the period of leave as he is allowed to take 12-week leave but he has been asked to return to work in 11 weeks, but no violation of provisions has occurred in this case of salary as the leaves are job-protected but unpaid. Also, the new manager has agreed to Employee A’s return to the previous job, at the previous rate of pay. He cannot claim the salary for his 11-week leave.

Age Discrimination in Employment Act of 1967

Situation: Employee B is 68 years old and has been with Company X for 42 years. During the annual performance review last month, it was determined that Employee B was doing “above average” work in the department. Employee B was denied a promotion due to age. A co-worker given the promotion, who is 32 years old, received a performance review of “adequate.”
Act: This Act protects the employees above 40 years of age against any discrimination at a workplace like promotion etc. ("The Age Discrimination in Employment Act of 1967", 1976).
Major provisions ("The Age Discrimination in Employment Act of 1967", 1976):
Under this act, the employee can't be denied any pay or benefits by age
The employer cannot classify employees into groups formed by age in a way that deprives them of any employment opportunity in an unfair manner.
All employees of 40 years and above of age are eligible for the benefits under this act.
In the above situation, the employee is 68 years old, so he is covered under the act. ADEA has been violated here as employee B is above the age of 40 and he was given ‘above average' rating but he was denied promotion. The promotion was given to a younger employee who got a lesser rating. This shows clear biases. The promotion is given to a younger employee despite him getting a lower grade in the performance review.

Americans with Disabilities Act of 1990

Situation: Applicant C requires the use of a wheelchair to move about due to paralysis of both legs. The position Applicant C applied for requires movement about the entire company offices, including using the elevator to access any of the seven floors in the headquarters building. For Applicant C to make use of the elevators, the key pads in two of the four elevator cars would have to be lowered four inches to be accessible. The work would take one day per elevator and cost $1,000 per elevator. Applicant C was denied employment and was told the denial was because his/her employment would cause undue hardship on Company X.
Act: Under this, the employers are required to give reasonable accommodation to qualified individuals (employees or applicants for employment) who have disabilities, unless doing so would cause undue hardship (Ellek, 1991).
Major provisions (Ellek, 1991):
Employers have to accommodate the disabilities of qualified applicants reasonably unless undue hardship occurs
Employees who pose direct threat to health or safety of other employees can be fired and their applications can be rejected
If employees or applicants use drugs illegally, then they are not protected from personal actions under this act
Sine applicant C was paralysed with both legs and required the use of a wheelchair to move so he was covered under this act. Here the violation of ADA has occurred as he was not provided reasonable accommodation despite the disability. This was not an undue hardship for the company in which he applied as the company could have made the required arrangements properly earlier when they know that people with disabilities will apply and come too.