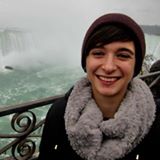 Islamic banks operate in more than sixty countries particularly in Asia and Middle East countries. There are certain economic constraints in Islamic bank and thus it is necessary to determiner these different constraints that will help in improving the condition of the economies. Islamic banks are different from conventional banks. The most important feature of Islamic bank its profit and loss paradigm. Moreover, Islamic banks are not liable to offer a fixed rate of return. They do not have the power to charge any interest on loans (Ariss 2010). This paper will highlight the meaning of Islamic bank, the rules of permissibility under Islamic law, the prohibitions under Islamic banking. Further, it will also discuss the relationship between western banking system and Islamic banking system, the different contracts, the pricing transaction under this bank and legality of these banks. The problems and prospects highlighting the future of Islamic bank will also be analysed in this paper.

Fig- Future projections of Islamic banks
Source-www.ey.com
On the basis of the above projections, it can be said that key players in future based upon banking assets as well as annual growth rate includes Saudi Arabia, Pakistan, Qatar , Turkey and UAE. This bank will also improve its market share by 2020 (ey.com 2018).

Therefore, it can be said that Islamic banks differ from western banks and this is because of the profit and loss sharing paradigm. There is only a small proportion of finance that is dependent on profit loss framework in the asset side of Islamic banks. On the other hand, in liability side only a small proportion is in accordance with the Islamic rules and laws. Thus, the adoption of profit and loss framework is affected only through competition with the conventional banks.