Impact on The Financial Analysis 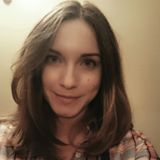 The company was recognized in 1930 by Mr Maurice Blackmore who had a dream and desire for naturopathy which gave the company its task. This English immigrant had ideas which were ahead of their times. Maurice Blackmore strong Confidence in health-giving properties of herbs and minerals gave path to the whole system of healthcare based on naturopathy principles. It’s been 80 years since Blackmore’s has been one of the industry leaders when it comes to healthcare. Blackmore’s Ltd. is one of the leading natural health brands.

AGL is one of the leading integrated energy companies in Australia. It is one of the companies which do not simply concentrate on profit making. It has been seen over the years that the company has addressed its responsibility towards the society and the environment. The company while providing secure and affordable energy to its customer it is also taking action to dutifully reduce the Greenhouse gas emission which is occurred due to its business. AGL has been in the business since 175 years which makes it one of the most experienced and diversified integrated energy companies in Australia. AGL has got its business spread over eastern part of Australia. It not only serves its customer by providing their energy needs which includes gas, solar PV, electricity and related products and services. Over the years AGL has successfully managed to make a diverse power generation portfolio. AGL’s revised strategic objective and organisation structure is going to allow the company to remain in forefront which will allow the company to shape the market and respond effectively to government policies and manage the transition of new business model. (AGL, 2015)

Key Assets, Liabilities, Equity Classes, Incomes, Expenses of AGL Ltd. and the Influence of underlying accounting conventions, concepts and managerial judgement on them

The Assets and Liabilities have the ability to influence the firms reported position and performances as assets represents possible future economic benefit controlled by an enterprise while liability of the company is obligations to other enterprises. For example, for knowing the liquidity of the company, current assets and current liability comes into picture. The liquidity ratio considers current assets and liabilities for demonstrating the financial liquidity of the company. The current assets of the AGL Company includes items like Sundry Debtor of $1,894 Million, Inventory of $396 million, and Cash of $259 etc. and current liability includes current tax liability of $86, creditors of $1,377, provision of $191which can be effortlessly prejudiced by the underlying accounting conventions. Say, even a trivial modification in method of calculating the inventory, say from LIFO to FIFO, can have a substantial consequence on inventory thus varying the current ratios of the company. The provisions involve management’s judgment thus it can influence without any difficulty the financial results of the company, being very subject, indirectly impacting the ratios. (Net MBA, n.d.)
Also the company’s fixed asset which includes Property, plant & equipment of $6,958 million, Oil and gas assets of $544 million, and Intangible assets of $3,266 million and Investment in joint venture of $91 million can impact the financial analysis. Any change in the accounting conventions and the concept used for fixed assets like the method of depreciation adopted or change in the same can have a considerable change in the ratios calculated. The company’s fixed assets are subject to impairment which is governed by the accounting standard. If the company doesn’t follow the impairment of assets rules then financial analysis will show misleading results. Further Intangible assets can also be influenced by the method of amortization that the company uses.  Thus in a way almost all the assets as well as liabilities play a vital role while calculating financial performance of the company. Thus the management has to be very prudent while making decisions about accounting convention and concepts. (Singhal D K, 2015)
The items that are shown in income statement are widely used to calculate the profitability of the company. The management has to also consistently apply their judgement from period to period. In accounting for income and expenditure two accounting concepts and conventions that are to be considered are accrual concept and matching concept. Thus this will call for management’s judgement. In income statement the item that accrue for the period are to be recorded which is further used by the analysts or investors to verify the company’s performance and position. All the operating expenditures are to be properly accounted for, any change in the expenditure due to accounting concepts and conventions can have a direct impact on the financial analysis. Thus accounting concepts and conventions can have an underlying effect on the key incomes and expenditure based on which financial decisions are made. The management have to carefully make judgement about the entire item that is going to form part income statement. (Net MBA, n.d.)
The shareholder’s capital form part of many ratios which are calculated for making investment decisions. Equity again is widely used in making financial decisions. The company’s share capital is of $ 8,815. Based on which the existing investor know where they stand and the proposed investor predicts whether to invest in the company. Any equity shares issued for inadequate consideration or for non-cash odes can distort the ratios calculated for the financial analysis. The equity and its classes have to be presented in a manner in financial statement as per accounting concepts and conventions. Thus any item of key items of income or expenditure, asset or liability if underestimated or overestimated can have an impact on financial position or performance of the company. The equity and its classes has to be interpreted and recognised in a manner as specified by the accounting standard thus it can be said that it will have an underlying effect on the financial decisions to be made and on the ratios which are plainly calculated for financial purposes. (Deloitte, n.d.)

Nature, Strategy & Prospects
For over 80 years Blackmore group has been into the industry of healthcare. In May 1985, the company got listed. The company had 170 ranges of products available in the market in 2015. The company has its business extended in many countries. As per the company’s Chairman, Mr Marcus Blackmore, The Blackmores Group’s strategic focus is:
?    Preserve market leadership in Australia
?    Spread the revenue stream by rising the market of Blackmores in Asia
?    Boost and diagnose the role of innovation and research through investing in BioCeuticals
?    To sustain unparalleled quality standard.
?    Encouraging the staff by applying policies like profit share program whereby 10% of profit are shared by the staff. (Blackmores, 2016)
The company’s strategy and prospects are as follows:
?    Constant growth of Blackmores in Asian Market by founding Asian based regional management and operating structure. This would aid decision making and operating efficiency.
?    Understanding the consumers in essential Australian Market. Improving Digital and E-Commerce. Invest significantly in Brand. (Blackmores, 2016)
?    Finance in and with their supply chain partners, which would ultimately help the company to improve their operational efficiency. Further leverage their Central Services business model. Enhancing their improved size into scale paybacks.
?    Venture in Blackmores Institute which would help Blackmore to strengthen its position as a strong leader in the area of research and development. (Blackmores, 2016)

Analysis of Financial Performance and Position of the Blackmore’s.

Annual reports are the only source of information which has to be made publically available to the investors. The investors not only know about the future prospects of the company but also can get the internal information that is necessary for them to know. The information made publicly available is of larger use to investors. The accounting concepts and conventions and the judgement made by the management can be seen in the annual report and its impact on financial analysis and the technique used to analyse the report can also be seen. (Deloitte, n.d.)