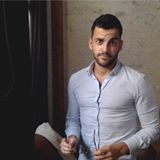 Background
As the world’s largest consumer and producer of coal, China is at the center of nearly every workstream within the International Energy Agency. Coal accounts for over 75% of China’s total commercial primary energy consumption and has been of crucial importance to China’s rapid economic expansion. This, however, comes at a cost; China is the world's leading emitter of greenhouse gases. China’s recent move to reduce the consumption of coal as a means of addressing air pollution/climate change is seen as a positive response addressing the problem. The government’s announcement in November 2015 that the country’s carbon dioxide emissions would peak by 2030 will result in lower coal demand for China’s energy outlook. (See IE02013 and IEO2016 Reference Cases) In response to the international consensus to reduce global emissions, particularly those discussed at the Paris climate conference (COP21) in December 2015, China issued a joint statement with the United States publicly committing to ratify the agreement before the end of 2016. This is particularly significant considering that these two countries together represent almost 40% of global emissions. Despite this, there are fears that the initial global goodwill following COP21 last December might soon wear off.
Assignment task
In light of the above statements, using PESTEL, discuss China’s energy outlook for the consumption of coal and the extent to which China can deliver on this promise to reduce emissions.

China is one of the most popular countries in the world, having a high rate of growth on an economic basis. As the country's economic growth is increasing day by day, therefore for the fulfillment of the requirements of the people it has to consume a large amount of energy. China is at the top of the list of energy-consuming countries across the planet, which is directly influenced by the demand for coal, petroleum and many other energy sources for the increased energy demand in the country. In the year 2011, China became the largest energy consumer globally. According to the U.S. EIA (Energy Information Administration), China is the largest importer of petrol and other liquid sources of energy. In actuality, China is the world’s top coal-producing country. Besides that, China is the largest importer and the consumer of coal across the globe and is one of the main factors of the emission of carbon dioxide. Nearly 70% of coal is being used within the country for the production of various types of energy sources or products, etc. The government of the country is taking several actions or in other words, we can say that the government is working on several types of plans for diversifying the various energy supplies (US Department of Energy, 2016).
The government of the country is working on different- different plans, so as to achieve its aim of using non-fossil fuel product consumption across the country. These efforts are also responsible for increasing sustainability in the environment, as well as directly influences the share of the coal consumption in the country, i.e. it helps in decreasing the coal consumption for the production of the energy sources. At present, the consumption of coal in the country is very high, which results in the higher emission of carbon dioxide in the environment. According to the national energy agency of China, the use of coal decreased to 64% of the total consumption of the energy. The country has committed to reducing the quantity of carbon dioxide emission in the environment by 2020. We will use the PESTEL analysis for discussing the various factors of energy outlook used for the consumption of coal in the country. PESTEL analysis is a technique or formula used by the marketers for analyzing the different external factors affecting the organization (Team, 2016). PESTEL stands for or consists of factors like Political, Economic, Social, Technological, Environmental and the last one is Legal. All these factors are according to as discussed below: -

Politically the government of the country has developed a strategy for solving the maximum problems related to the environment. For the protection of the environment, SEPA (State Environment Protection Administration), EPNRC (Environmental Protection and Natural Resources Committee), State Economic and Trade Commission, etc., have a very important role in the complete procedure. In the country, various policies have been introduced for the welfare of the environment by decreasing the use of coal, which is the main reason for the emission of the carbon dioxide in the globe by the devolution process of responsibilities related to environmental issues to the local government bodies. In the case of the environmental aids being provided by the Asian Development Bank, the World Bank, etc., China stands on the top of that list. For the improvement of the environment of the country various multinationals like BP and Shell, etc., are supporting the country. Non-government organizations are being introduced for the protection and improvement of the environment (Economy, 2003). The government is making various efforts for environmental changes through the help of different- different social media channels.
Economically China is the second-largest consumer of energy, and it is the main producer of coal across the globe. Consumption of coal in the country is also done at higher rates. More than 75% of the total coal is being used within the country and is a necessary requirement for the economic expansion of the country, which is increasing at a higher rate day by day. The economy of the country is rapidly developing and the forecast related to the economic growth will grow by an average rate of 6% per annum till the year 2020. The government of the country is making use of different –different strategies for the preservation of stability in the country by maintaining the growth of the country economically. The GDP of the country is approximately $12 trillion, the GDP growth of the country is nearly 9%, the Per Capita income of China is approximately $8400 and the inflation rate is expectedly 3.5%. These strategies also help the country’s government in the integration process of technology, science, and education related to the economy (Priddle, 1999). It helps in achieving the self- sufficiency through the development of agriculture.
Social factors depending upon the PESTEL analysis of the country tells that the country’s total population consists of 52% of the male and 48% of the female. The literacy rate of the country’s population is approximately 93%. Energy consumption is increasing significantly in the country depending on the growth of economic factors (Wilson, 2014). The carbon dioxide emission per capita is approximately 8 tonnes in China. For the various types of companies, organizations or any other type of small, medium or large enterprises working across the globe has a great investment opportunity for investing in the sustainable market of China. According to the current social factors, China’s urban population can reach one billion by the year 2030 (Research, 2013).

Place Your Order
Technologically China has a large number of opportunities in this field. On the technological basis, such as biotechnology, computers, etc., has provided the country various chances of innovation in these areas. The national pride of the country is the fastest-growing space program of the country. In the field of technology, there is a technology agreement between the U.S. and China. The agreement done between both of the countries consists of 60 protocols approximately. The main motive of the agreement done between both the countries is to focus on the various fields like renewable energy, conservation of marine resources and other health factors. China has influenced the world environment due to the rapid increase in the development of industries, etc. According to a survey done by the WTO, the maximum numbers of cities found to be polluted are from China. All this is due to the increase in the productivity and consumption of coal in the country for the production of energy (Ukessays Team, 2015).
Environmental factors tell us that industrial development in China is increasing day by day, which directly influences the environment of the country due to the increase in pollution in the country. The largest emitter of the harmful gases and the carbon dioxide on the globe is China, which directly leads to the greenhouse. Approximately 400 cities in the country are air polluted. According to the environmental report, the water resources of the country are fully polluted and nearly 300 million people are making use of this contaminated water resources. At present, the government is taking several actions for solving the problem of pollution and other environmental factors (Mine & Shanxi, 2008). The country has signed various agreements related to the treatment of waste produced in the country, Basel convention and the ozone layer protection, etc.
A Legal section of the PESTEL analysis tells us that, the government of the country has issued various policies for the sake of the people working in the country as well as for encouraging foreign companies to start investing in China. The government of the country as issued a number of laws for the establishment, termination, operation and the liquidation of the foreign-invested companies. At present, the government of China is working according to the existing rules and regulations issued by the WTO. Various laws related to tax play an important role in attracting foreign investors in the country. The government is taking several actions for the development of the country and keeps on modifying its laws as per according to the requirement (Michieka, et al., 2012).

Therefore, the above discussed is the complete explanation of the PESTEL analysis and the various efforts that the government is making for energy consumption or we can say the coal consumption in the country. The government of the country has signed various agreements for delivering its promise of reducing the emission of carbon dioxide as well as any other harmful gases responsible for environmental degradation.