Effect of Globalization on Culture 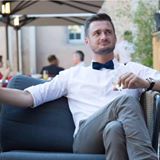 Effect of Globalization on Culture

The reach of the individuals has increased tremendously all over the globe regarding business, traveling, spending holidays, seeking medical assistance, education, and many other things. Nowadays, an individual can easily travel from one corner of the world to another (Hirst et al., 2015 p-56). The world has become borderless. All these things have become possible because only because of globalization. Globalization can be defined as the integration of the economies through trade, technology, capital flow, migration of labor, investment, etc. (Beck, 2015 P-29). Globalization has removed the barriers of national boundaries and has encouraged the free flow of goods and services, labor, and capital, etc. Globalization has also affected the culture of the economies to a great extent (Beck, 2015 P-33).

Culture is the social norms and behavior found in the human societies. Culture is formed by the values, attitude, beliefs, and custom of the individuals living in a society (Riddell et al., 2014 P-67). Culture determines how people interact, how they behave, what they perceive regarding a particular thing, what are their traditions and customs, etc. The culture of any society depicts the values of the people living in that society. Culture is also the identity of the individual. The culture of a society is affected by the social structure, political philosophy, religion, globalization, economic philosophy, education, language (Garratt et al., 2014 P-453). But among all of them, one of the major determinants of the culture is globalization. The effect of globalization could be positive as well as negative on culture.

Globalization affects the cultures positively. However, the effects of globalization could be either positive or negative. But the positive effects of globalization on culture is strong than the negative effects. The positives effects are that it helps in eradicating the bad practices of the society by depicting good practices. Globalization tends to integrate cultures of a different society and people from different society lives together. All of them represent their culture and out of all best practices are adopted by all the individuals. It encourages people to see the things logically and practically. When people from a particular culture integrate and interact with the people of different culture, they compare their culture and adopt best out of all. It also helps in eliminating some really bad practices such as shave of the head after the death of husband in African society, restriction on the education of girl child, etc. But there are some negative effects of globalization as well. The people of developing countries forget their values and traditions. They are losing their identity and adopting the culture of western countries. The dressing habit, eating habit, the language of the people of developing countries is changing due to the introduction of globalization.

The following are the recommendations to mitigate the negative effects of globalization on culture;
Individual