Economic Plan On My Metropolitan Area 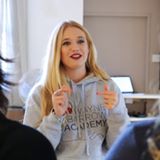 Houston is one of the strongest hubs for energy services, healthcare services, aerospace, and nanotechnology and information technology. It has one of the stable economic conditions of the US, and thus highly populated. Stronger infrastructure facility availability, along with a steady city developmental plan has contributed towards the economic growth and development of Houston. The availability of large number of skilled, unskilled, and semi-skilled labour force has positively uplifted the developmental plans of the city.
A favourable business climatic condition and a steady flow of funds for the business growth have increased the job availability for the people in this region. The federal government has taken up works to improve the transportation system, business environment, and the validity of the resources to take care of the needs of the people and the community. This has thus, increased the number of visitors to the place for leisure and job purposes from various places. Trade partnership promotional activities, steady commerce situation, economic growth plan, and proper rules have further contributed towards the growth of this region.

Houston is known to be the next great successful American city, and this has attracted the investors from different places. Houston has introduced the global cities initiative steering committee that works on developing and implementing the best export plan to attract the investors from different places. The committee concentrated on analysing the market conditions to target the export related strategies to generate more jobs for the people. Policy changes are introduced to assist the companies to reach out to the international customers and markets (DataUSA, 2015). The relaxation in the trade policies enabled the management to enter into business activities with different trade partners. This enabled the companies to create new connections with the trade partners, and create new export opportunities to increase the sales and the job employment opportunities for tend serving candidates. An increase in the number of companies created more job opportunities for the people. As seen in the table above, the unemployment rate showed an upward and downward trend. In 2005, the unemployment percentage was 5.5% and this reduced by 5% in 2016. Employment percentage of women in the health and service centre was high. Unemployment rates for female workers in other sectors were low.
In the similar manner, the employment rate for men in the conduction industry, IT sectors, financial services, and manufacturing sectors. There were growth in the number of the educational industries and this increased the number of the qualified staffs to work in different sectors. Unemployment rates were also decreased by increasing the number of industries and companies that worked in different sectors (Manu, 2015). The unemployment in Houston increased during the recession period.  However the condition gradually improved post-recession period and this benefited the qualified and experienced people. The unemployment percentage due to racism had also decreased and a better rule and policies to control the growth of the cultural difference that affected the growth of the metropolitan place. During the 2016-17, the unemployment percentage for African American groups was recorded at 7.1. This was double than the unemployment percentage recorded for the Asians in the region. Latino rate recorded was 4.8 %, and this was the highest recorded in the region.
Despite of making the relevant policy changes, the percentage of African American was higher than the other regions. The federal government had implemented the changes to control the negative impact arising down due to racial discrimination. The changes were implemented to create more employment, which intern increased the economic condition for the place.
In order to attract the investors from different places, the policies and the strategies for the international trade practices were relaxed. The average population of Houston was recorded at 2.3 m (grew by 2.58%) and there were around 1.13m employment. However the place also recorded a higher poverty rate at 21.2%.  The media annual income of the people in this region was recorded for the year 2015 was approximately $1178 per month. This made the earnings per week as $295 for a qualified and semi-skilled staffs. In Houston, Texas the median annual income recorded was $48064. This rate is lower than the median annual income recorded in the US. The biggest challenge in Houston, Texas was with the male-female employee ration. As per the report published, it was found that the full-time male staffs in Houston were 1.44% more than the recorded ratio for the female staffs. This was the major disparity that had to be reduced by creating more employment percentage for the female qualified and semi-qualified staffs in the country. The income in-equality in Houston was recorded to be around 0.49% as per the GINI calculated ratio. This indicated that the wage distribution was not even amongst the people. The inequality rate in 2014-15 had increased by 0.66% and this reflected a major issue for the federal government and the people. National average for the people in 2015 was recorded at 0.486% and this was different from the national average percentage calculated by the experts. To increase the percentage of the employment and to control the unemployment rate, it was essential to determine the actual rates and introduce the changes required to improve the job generation process.
In last 5 years, the homeownership rate for the people increased by 41.4%. This was much better than the people or the homeowners in the other states of the US. The increase in the homeownership percentage had increased due to the availability of different types of jobs for the people. The percentage of the car ownership in the state had doubled up, due to the growth and the development in the earnings of the people.
However, the federal government had to introduce new methods and to reduce the unemployment rates for the other groups of the people. The job generation had to be improved for the female staffs and qualified employees. Economic growth plan had to b developed and improved by providing better job opportunities to the people. The wage rate and the hourly wage rate payment had to be improved, as it provided the people or the residents with the better earning capacity.