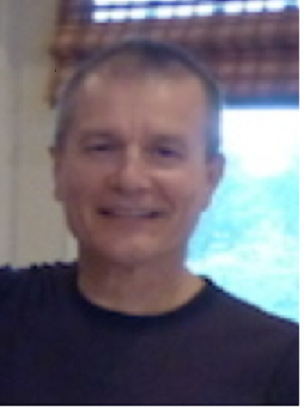 Using the resource(Esty, Lysy & Ferman, 2003) conduct an economic and social impact assessment of the case study you analysed during the module (Eurotunnel - Channel Tunnel). Explain how using the Equator Principles might further enhance this assessment (according to resource: equator_principles_III) in 1000 words. No introduction about the Eurotunnel case or definitions are necessary. Only the assessment based on the resources provided.

There are few reasons that has been highlighted due to this the private returns completely differs from the social returns because of the government interventions, taxes, subsides, tariffs, transaction costs, externalities, and imperfect markets. There are few people with regards to the stakeholder group who are affected due to the difference between the Private vs. Social Returns to a great extent.

The employees receive benefits which can be further divided into two segments: Firstly, the salaries of the employees are increased that also includes the meal, health and pension benefits. Secondly, it is the benefit of training that the employees get due to the employment in the project organization. It can be said that high amount of productivity is observed with regards to the private returns.

The customers who will consume the goods and services of the project may get some amount of benefit that was previously not available at all. Firstly, customers receives improved amount of services at the same amount of price that they paid earlier. Secondly, when the supply of the project is increased then there is a downward sloping demand curve of the product.

It has been observed that the suppliers who are associated with the specific project also enjoys an increase in demand of the services or goods that they tend to deliver and it also leads to the high profit.

Contrasting with the competitors and suppliers may observe a reduction with regards to the demand and so the lower price for their product will be noticed for a new project. Throwing light on the above-mentioned discussion it can be said that customers are mostly benefitted from this condition. Furthermore, competitors also get benefitted from the network and the demonstration effects. The demonstration effects also tend to encourage new organizations for entering into the market.

The neighbors are the people surrounding the project or surrounded by the project. The impacts of the project may result from the improved infrastructure and the social externalities. On the contrary, it can be also said that a new project also results in negative effects via the congestion of the infrastructure.

Rest of the society

The rest of the society includes subsidies, sales, excise taxes and the Profit Taxes, and also the Export Taxes, or the Subsidies.

The type of investment which was done in the Eurotunnel was private as it was completely a private project that did not belong to the government. It is one of the largest financed private projects in the entire history. On the contrary, their failure also lies in their present financial condition if it is computed by the return on investment. The Channel Tunnel is also regarded as one of the poorest investment for the people who have greatly put their savings in this project. There were also certain financial restructurings that were considered by Channel Tunnel for raising the extra money that was needed to keep them going. The society suffered a lot due to the restructuring of the Channel Tunnel. There was a lot of space in the tunnel which got wasted completely.
Eurotunnel is regarded as one of the largest financed privately held infrastructure in the entire universe. On the other hand, it has been also observed and witnessed that Eurotunnel is quite successful but they have faced a great amount of difficulty in terms of finance. Furthermore, the Channel Tunnel consists of the three important tunnels that are straightforwardly connected to Britain and Europe from the terminals situated in the Folkstone and Kent and also in Northern France a place known as Calais. In the year 1994, the Channel Tunnel faced a lot of issues and challenges in terms of their operations and constructions segment (Anguera, 2006). The study will particularly examine and conduct a social as well as economic assessment by analyzing the case study of the Channel Tunnel.   Moreover, the study will also focus and highlight the three vital areas/segments where the Channel Tunnel has left its mark. The social impact assessment is mainly a process that monitors, manages and minutely analyzes the intended as well as the unintended social result both positive as well as the negative with regards to the different programs, plans and policies and also a certain amount of social change processes that is wanted by those interventions. The economic impact assessment is also one of the most important tools for judging the impacts of a project.  The economic impact assessment is also quite successful for judging the effect of a particular event on the economy with regards to the area. Throwing light on the above-mentioned discussion it can be said that the economic impacts have a huge amount of the social implications. It has been also observed that the dust which is emitted from the Channel Tunnel can be pointed out as one of the most dangerous components that had a bad impact on the health of the people who resided near the Tunnel. Moreover, the identification at the early stage of the above-mentioned issue may judge and also examine the ways materials which were wasted need to be shielded when they are carried away. On the other hand, it is one of the vital concerns surrounding the collision that is the main issue having a strong impact on the society.
The social and the economic impact assessment methods are required currently as an important part of the development process in the countries that are already developed. It has been closely noticed that there are a large variety of construction projects that are considering and showing interest towards taking measures that are necessary for mitigating and managing the social and the economic impacts. It can be also said that the economic and the social impact assessment encourages the companies who are driving development for acting in a proactive manner rather than the reactive manner. It is also one of the main reasons for which this assessment is carried out for the Channel Tunnel. From this specific assessment, the developers of the Channel Tunnel may also consider some plans and implement strategies that will allow for these particular impacts to be mitigated in an effective and efficient manner. It can be also achieved when the impacts are identified in an earlier stage so that so that the mitigation strategies can be designed and implemented accordingly for ensuring the economic and the social costs associated with the Channel Tunnel can be minimized and the positive benefits can be upgraded.  Below-mentioned are some of the main components of the social impact assessment that can be followed by the Channel Tunnel: Identification, detailed design, decision, implementation, management, evaluation, and policy. After observing the earlier designing phase of the Channel Tunnel it can be said that there was no economic and social impact assessment that was carried out by the developers for expanding their project in Britain as well as in France. It can be also regarded as one of the vital reasons for which both of the SIA and EIA reports remained contradictory at that time (Chang, 2013). In the year 1997, there were a new set of guidelines that were proposed for not affecting the society when the project is carried out. It is also the type of assessment that will help Channel Tunnel to reduce; prevent any bad effects with regards to the society (Chang and Ive, 2007).  From the social point of view, it can be said that both Kent and Nord-Pas de Calais were the areas that were abundantly resourced to allow an easy operation and construction of the Channel Tunnel. The land that was used for constructing and operating the Channel Tunnel was cultivated for the purposes linked with agriculture. The above-mentioned statement also indicates that the impact Channel Tunnel had on the people been minimized to a great extent.

Role of the equator principles in the Channel Tunnel

The below mentioned are the principles of the equator that can be further used for enhancing the assessment. Firstly, by using the principle 3, compliance will be addressed with regards to the proper host countries regulations, permits, and laws that will be further applied to the social issues. Secondly, principle 2 will address the important and necessary measures that will be required for minimizing and mitigating the negative effects of scaling the proposed project in future. Thirdly, principle 1 can be very well used as a vital part of the economical and the social review purposes. It can be said that using this particular equator principle the economical and social impact of the Channel Tunnel can be minimized. Fourthly, principle 4 will help the Channel Tunnel to maintain a smooth Environmental and Social Management Systems. Furthermore, it will also help the project manager of Channel Tunnel to address the issues that were noticed during the process of assessment. Lastly, if Channel Tunnel uses the principle 10 that is Reporting and Transparent will help them to enhance the project as it will make sure that the project will directly report the Greenhouse gas emission levels for their operational phase of the project (Sargent, 2012).