Discussion on Hursthouse for the Extreme Liberal View 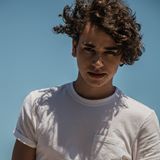 Critically examine the argument presented by Hursthouse for the extreme liberal view.

The moral status of the fetus is one of the most important thing to consider as it helps in determining the women to take up abortion or not or what they have to go through their body. The views about such morality attached to the fetus has been offered by the society from time to time and women are guided by such views (Hursthouse, 1987). There are modern views that argues that the foetus does not any moral status in the society just after conception (Hursthouse, 1987). According to them the foetus does not come into life just after conception. The woman has the right to select what is good for her or not. However, there are sayings that the foetus are as similar to a born child or human being. According to them a foetus has the same moral and respect as any average adult human being has in the society. They are of the opinion that a foetus should start getting the respect from the time of conception. This means that the foetus gets a life from the time they are conceived by a woman. They are the part of being a human being with a potential.
The extreme liberal views of no foetal rights suggests that foetus has no moral status in the society that is independent of its mother. It does not own any autonomy of its own before the birth. According this view it is stated that a new born should be given a moral right in the society and not the foetus. This means if a mother choose to abort her foetus at any stage of her pregnancy, she can viably do that (Isaacs, 2003). However, she will not be permitted to kill her new born baby in the labour room or at birth. There are two sides of argument presented in the regards to the foetus such as the rights offered to the foetus and no foetal rights. In the perspective of rights offered to the foetus it can be said that foetus and the mother is considered as a two separate entity having their own life. In this regards the action of the mother effects two patients, one is herself and the other is the foetus. Thus, foetus having a right can lead to legislation action against the mother trying to damage the foetus. There are many things that mothers do and has affected the life of the foetus while they are in their maturing stage (Isaacs, 2003). This has raised the need for providing legal rights to the foetus. This will infringe the autonomy of the woman carrying the foetus from damaging it.
Extreme liberal views has offered an objection on this respect as well stating that there is a significant difference between a new born baby and a baby that is to be born (Hursthouse, 1987). This is because a new born gets an independent existence of its own from the time he/she is born. They become a new member of the human society. However, this is not the case for the foetus s they are dependent on the mother and has no moral significance of its own in the society. The conservative view however, points out on the creation of soul from the time the mother conceives the foetus in her stomach. In other words it can be stated that from the time foetus enters the body of a lady at the moment of conception, morally it becomes at par with the adult human being. The foetus starts deserving same respect in the society as new born or a human being get. This shows that secular argument is that there is no significant difference between a newly born infant and a baby that is about to be born. The liberal view holds that the foetus is merely compared to a piece of tissue or an ovum that get discharged of a women’s body every day during puberty. Thus, there is no need of giving them a status in society.
The extreme liberal view states that a human being will never want to stay in a condition in which they do not want to be. A mother knowing that her baby would have some disorder if it is born at that instance should give her the chance to abort it and get a healthy baby after a period. This is because everyone wants to have a perfect baby for which they can choose what they need to do. However, the other side of the pull is towards the thing that picking and choosing what is perfect and eliminating the imperfect one is not a right moral for a human being. The mother that has the right to choose a perfect baby from an imperfect one, then she should also get the chance to reject the baby based on their gender (Hursthouse, 1987). However, there are strong law for aborting the baby based on gender.

Thus, from the above analysis it can be concluded that in order to hold extreme liberal views to be false that a foetus should not have any moral status in the society, the second premises of the views given by conservative view has to be true in which the foetus has a life at a point of pregnancy. This makes it wrong on the part of the mother to just choose to eliminate it from her body. Thus, for this reason the first premise of extreme liberal view has to be false.