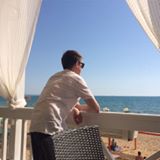 Write a research paper in Italian Cinema. History of Italian cinema cover the history from approximately 1915 to 2015. Include this Film titles Cinecitta, Paisan, Obsession, Life is beautiful, La Dolce Vita, The Leopard and add 3-4 more film titles. Talk about the Directors Gennaro Righelli, Federico Fellini, Roberto Benigni, Roberto Rossellini Luchin Visconti and add 3-4 more. include 15-20 quoted or paraphrased research items. in addition to citations pertaining to the titles of films (for which you will include a story summary) and their directors(for which you will include brief summaries of their lives). include brief information about the Social,Cultural,Political,Religion contexts in which the directors and their emerge from.

The Italian film industry has an epic history which has helped it to guide and shape the whole course of international cinema. The uniqueness of the Italian films is one of the vital factor for its success. The Italian film industry has developed in a very slow, regressive and defensive manner which was seen to be rapid and expansive at some places. The industry is seen to encompass various histories influencing, changing, affecting and interacting within its own fabric. Italian cinema can be considered as a son of figurative arts and literature and a self-declared inheritor. The Italian cinema has constructed its basis on the artistic and literary structures and have successfully been able to confidently draw from the wider patrimony of art and international literature. Gradually, the Italian cinema learnt the usage of theatre screen as a helper for portraying the collective dreams of the accurate reflection of the daily life in Italy. This helped the development of an anamorphic lens which will be beneficial in celebrating the vices which forms the spine of the Italian national character (Bertellini, Giorgio, 2004).
The Italian films and its journey started from the late 1890s, much later from the invention of moving pictures which took places in 1880s. First known Italian film was produced in 1896 which recorded the Florence visit of Italian King And Queen. However, the commercial Italian film industry started in 1905 with movies like 20 Settembre 1870 (The Capture of Rome, September 20, 1870), historical film by Florentine Filoteo Alberini, La Presa di Roma. Soon various companies were seen sprang up Milan, Turin and Naples and a standard market in the national and international arena was developed. Italy had its position in the movie production and screenwriting prior to the First World War. The movies were first seen to be documentary, mythological or historical in nature however, a transition was seen by 1910 when Italian makers moved towards comedies and art films. The Italian film studios are considered to be serious historical filmmakers and are pioneer in this field (Marcus 1986, Burgoyne 1991, Dalle Vacche 1992). The representation of the pioneer history of Italian cinema as explained by Gian Piero Brunetta has been found to passim (Brunetta 1979, 1981 and 1982).
This paper discusses the development and evolvement of the Italian Cinema and how it has emerged to be one of the most impactful film industries in the world. The paper focuses on the involvement of important films and directors of the industry in the period between 1915 to 2015. The paper depicts how the Italian cinema has transformed over these decades representing the various phases along with raising some intense questions on the social, cultural, and political and religion based issues in the country.

Allsssignmenthelp.com provides high-quality social psychology assignment assistance from highly qualified and experienced writers. The students can easily take social media assignment help from our website and score good grades. In our cheap assignment help service, we have the best writing experts who can provide you with high-quality content.

In 1910, a film called The Fall of Troy produced by Turin-based Giovanni Pastrone which was one of the greatest commercial success. Later, he produced a two-and-a-half hour epic named Cabiria featuring highly dramatic settings which were seen to derive from the grand opera tradition. Various cameras were used for picturisation of the film to shoot from various angles rather than a fixed single camera. This method became a standard for any film production system globally (Muscio, Giuliana, 2013). Additionally, the concept of moving camera was used for the very first time. The use of close up for highlighting the beautiful features of actors and actress were pioneered by the Italian filmmakers. Cinecittà, considered to be the breeding ground for the most acclaimed film directors was established in 1930 in Rome.
A series of propaganda films were seen to be produced in the World War II era. These were followed by newly inspired film genre known as Neorealism exploring the demoralizing economic conditions of the county. The period between 1945 and 1948 saw the works of De Santis, De Sica, Rossellini and Visconti saw unleashing of energy which was intense enough to change the cultural systems, coordinates, poetics and paradigms of the international cinema. Roma citta` aperta (Rome, Open City) and Paisa` (Paisan) were not just films but considered as events for only absorbing the essence of traditional cinema but also for creating a new benchmark for international and Italian cinema (Nowell-Smith, Geoffrey, 1999). The masterpieces produced by these filmmakers are considered indisputably to be the major works of art capturing the spirit of post-war culture of Italy along with remaining as the original contributions to the film language (Hope, William (ed.), 2010).
The historical films of Italy are seen to possess an unfettered affiliation with history which are sometimes seen to be overlapped with biblical-mythological tests and popular historical novel irrespective of the fact that the hermeneutical difference between myth and history is almost insurmountable and impossible (Muscio 2013, 161).
During this specific period most enduring films of the country were seen to be produced during this period which included Ossessione (1943) by Luchino Visconti, Open City (1945), Rome by Roberto Rossellini, Paisà (1946), Vittorio De Sica's Shoeshine (1946), Miracle in Milan (1951) and Germany Year Zero (1948). The rise of most celebrated directors was seen in the post-World War II era like Rosellini, Visconti and De Sica, Michelangelo Antonioni, Sergio Leone, Franco Zeffirelli, Paolo and Vittorio Taviani, everyone contributed to the Italian Cinema.

In various respects, the Italian film industry is seen to have transformed completely and has been illuminated by the flashes and flames of creativity which is dispersed across the country. However, the industry is not able to comprehend the same ability to create and distinctive will. Despite of all the factors that are working against the industry, one should understand that the Italian cinema has always been a great reserve of energy. The industry requires a new set of factors which will help the new generation of directors and filmmakers to understand the challenges being faced by the artistic and technological factors present in the new millennium (Perra, Emiliano, 2010).
The Italian films were seen to present a considerably high proportion of films based on political issues like fascism, the Risorgimento, mass political movements of the sixties and seventies, mafia, government corruption and other scandals like presentation of tangentopoli in Il Divo. Additionally, the Italian cinema has become an integral part in the national political life as it has ascribed to the national institutions of the country.  While various critics have tend to distinguish and condemn and further to create the hierarchical values with maintaining the ephemeral longevity, the cinema does not fail to achieve a framework and provides integrated vision of various elements.
On comparing, Italian films with the other industry it has been identified that the Italian film history is highly unified in spite of multisided structure, discontinuities, irregular development and complexity. The processes of expression and invention has been determined and guided by linking them uniformly with the same mode, matrices, myths, forms and souls. On considering the last five decades of the Italian cinema, the perception grows even further. The continuity is seen to prevail over the discontinuity in the beginning and then eras of Italian cinema with more or less crisis expect the neorealism, the referential models and paradigms cannot be erased.  Until 1970s, the underlying texture wasn’t seen to be disintegrated but the interaction was seen between commercial and independent production at an extraordinary level. The cinema was further seen to represent a strong sense of intolerance and independence towards all sorts of external meddling. The Italian film industry has always claimed high culture, literary and artistic genius along with establishing the theatrical, literacy and pictorial traditions.