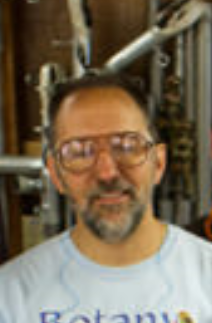 DeMare Group is known as a biggest global leisure company expertise in developing village-type hotels. It wants to establish three different village-type hotels in different locations of Sri Lanka. It has a limited amount of $50m for the establishment. It wants to start its first hotel during 2017 in Aurelia brand.
Construction industry of Sri Lanka is mainly based on government projects. As per the growing developments, different types of modern concept, theories, and technologies are introduced in the construction industry. ICTAD is considered an important organization which is engaged in procurement and construction methods in Sri Lanka. Following type of procurement methods utilized by Sri Lanka:

Quality, time and cost are considered the three important objectives of a project which closely affect the selection of a suitable procurement system. Thus, the success of the project will highly depend on the quality of procurement strategy. It is done for the overall project where contractors, suppliers, sub-contractors and consultants involve. Every business project utilizes different modern techniques to design and construct a sustainable building which represents the significance of the best available procurement system for the achievement of the overall project.
There are lots of procurement systems which are utilized by the construction organizations which can be divided into various categories. The main and basic categories are the level of risk bear by every party, organized construction, an interaction of the design, the presence of information and the techniques of payments are done, etc.
DeMere Group is considered as a biggest global leisure organization who wants to operate and develop three inclusive-village type hotels in rural coastal regions of Sri Lanka. Apart of this, they also consider formulating further two more locations in Sri Lanka. The organization is also planning to utilize modern and prefabrications conceptions of sustainability in operations, design, and construction.
The key motive of the paper is to describe the very significant procurement strategy for the construction project of DeMare Group in Sri Lanka with focusing on the success criteria of different projects in the future.

DeMare Group is considered one of the biggest global leisure organization among available organizations. It was developed before 25 years ago. The organization is mainly dealing with a development of leisure clubs village style hotels. DeMare Group operates more than sixty hotels, every of 140+ bedrooms established in the Caribbean, Asia-Pacific, and Mediterranean. It is considered as a knowledgeable organization of its field whose main objective is to increase its share in the leisure industry by growing its business in Sri Lanka also. DeMere Group motives to increase the size of its organization by establishing 3 hotels in Sri Lanka and focusing proposals for two more hotels after the completion of predetermined hotels. DeMare Group requires a large number of the fund to fulfill its objectives. So, it decided to take private finance through Merchant Bank and decided it will run the hotel under Aurelia brand. It believes that environment is considered more specific to customers. So, it decided to establish environment-friendly projects through which it able to enhanced the existing level of revenues. The DeMare group wants to place itself at the top of supportable building construction and design for all its upcoming developments.

DeMare Group wants to increase its number of hotels by enhancing its business operations. The market research significantly represents the potential growth opportunity for all –inclusive and new hotels in the Sri Lanka. DeMare Group plans to establish three hotels till 2019 and also considering proposals off to establish more hotels at two different places. The new 150-180 roomed hotel project of the group are to be 5-star constructed in the budget of approximately $50m. Every hotel of the group should focus the up-market tourists and must have a combination of different luxury private villas and hotel rooms with restaurants, plunge, conference facilities, purpose-built spa, pools, and a village bar.
DeMare group wants to position its new hotels in undeveloped and remote locations and shall require efficient infrastructure works. The location of the new hotel is affected largely by its environmental and ecological issues. Efficient and Long-lasting building design will help the organization to deal with ecological and environmental issues efficiently. This will facilitate the organization in earning more and more profit.

The key objective of the project is to build and manage three 150-180 roomed five-star hotels in Aurelia brand with a budget of $50m. Every hotel of the group should have a combination of private villas, village bars, luxury rooms, restaurants and facilities of spa and conference. The organization wants to obtain necessary fund for the project through a merchant bank for the further development.
DeMare Group wants to enforce best indigenous Sri Lankan designs in coastal regions where necessary infrastructure work has to be performed. The organization wants to fulfill all its obligations towards the environment of the area. It understands its responsibility towards environment due to which developments of hotels are done in remote coastal areas. The main aim of the organization is to position itself in front of attractive and sustainable building construction and designs in its developments.
It is a big project which has various identical design items organization proposal is to measure likelihoods for prefabrication of toilets and rooms. The primary objective of the organization can be understood by the following figure:

Success Criteria of the project can successfully obtain by fulfilling the overall objective of the organization and selecting a suitable procurement strategy. There are following important factors which should be considered because they contribute significantly to the overall success of the project:

The hotel project of the organization faces various issues at its every stage of procurement. They are following:

The key objective of the DeMare Group is to establish hotels in coastal regions of Sri Lanka where effective infrastructure and empowering works to be performed. Therefore, the developments of hotels will locate in the environmental sensitive places. Due to such sensitivity, the organization faces various issues at its initial stage which are following:

If DeMare group want success at its initial stage, it should come up with a strong proposal which separates it from others. It can achieve success by addressing different cultural, social and environmental conservation issues. For identifying these issues, the organization needs to search high skilled professionals who can conduct the feasibility study in an effective way (Fewings, 2013). Apart of it, the organization requires necessary expert advice to tackle with pertinent authorities and councils for legal problems which will arise at the initial stage of the project.
It is necessary for the organization to tackle carefully with the different social and environmental organizations because they are the possible factors which create problems during the working of the project. So, it is necessary for the organization to get approval from Board of Investment, Coastal Conservation authority, local authorities, urban councils and environment authority prior to acquiring the land. As per the construction law of Sri Lanka, no overseas organization can work in Sri Lanka without the permission of Sri Lanka Institute of Architects. Thus, it is necessary for an organization to engage a local architect with its project functioning at its initial stages.

Architectural practices of Sri Lanka have the capability to conduct architectural design on any scale. It can be said that having an idea of the procurement system before make selection of an architect is very beneficial for the organization. As the organization wants to build long-lasting construction projects, so it is necessary for the organization to focus more on sustainable concepts. As the organization has high-level experience in the construction organization, there is a large potential to utilize BIM for this project as it proves beneficial in construction, design and operational stages of the project.
Using Building Information Modeling system brings important change in the recent working of the construction industry. There are various countries which are utilizing BIM system and gaining lots of benefits (Tan, 2015). It is necessary for the organization to evaluate the possibilities to implement the BIM system at the initial stage of the project. It is required for the organization to involve BIM managers, architects, facility manager, and ICT professionals to successfully completing the whole project.
Generally, BIM is considered as a process of developing a digital parametric model which shows the functional and physical features of a building in a detailed manner and further shared its pool of knowledge with others which can be utilized to make a necessary decision during the construction and design stages throughout the lifecycle of the project. The below-mentioned figure represents the Delivery system of BIM: (Zhang, 2013)

The following are some major issues which should be considered during construction stage:

There are lots of factors which influence the achievement of the project which are following:

Generally, there is four important procurement system prevailing in the construction industry of Sri Lanka for DeMere’s consideration. They are following:

Separate Procurement system is considered the very famous system of procurement in the construction industry of Sri Lanka. It is categorized in different manners. Lump Sum is considered one of its important part which is popular in private sector because it is a fixed price contract where a large number of contractor bears a high construction risk. Generally, the government of Sri Lanka utilizes pay and measure contracts in construction because they are most transparent in comparison to others.

In this category of the procurement system includes traditional or conventional system. In separated system construction team and the design team are consider two different teams.In this strategy the design of the project should be completed before the competitive bidding as no alterations can be made in it. The separated system meets the project priorities and procurements issues by involving multiple organizations as the construction team and the design team as well represented in the figure: