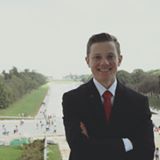 Get all types of Economics Assignment Help services at Allassignmenthelp.com, from assignments to research papers. Our professional writers can tackle all types of international economics homework solutions with ease. Cost curves are not the easiest thing to deal with. Then how about taking our economics cost curve assignment help and solve all your tensions?

The concept of globalization is strongly underway in almost every part of the globe.  Globalization is the process of continuous integration of the countries in the world. This process is supported by the technological changes that are happening at a very fast in the world, the prices of the products in the international markets and the liberalization of trade between countries.  The trade liberalization or the international business has the greatest contribution in the emergence and popularity of globalization.  International business involves performing the activities of trade and investment by the firms across the national borders. With globalization, the tendency of the companies to think, operate, plan and grab the opportunities has increased but, it is not a panacea, brings with it many challenges that have to be dealt with. It is important to determine these challenges because they have a major impact on the way businesses are done internationally. With globalization, many countries become susceptible to shocks and they need to put in place the required rules or legislations so that they protect their sovereignty.
The purpose of this research paper is to determine the challenges of globalization so that the countries can be given a perspective about how they can deal with the same and what are the things that are needed to be taken care of when they are indulging in international business or going global.

The globalization of business and commerce has become an increasingly significant reality worldwide: in 2010, the global trade in goods and services reached 25% of world GDP (Govidarajan & Gupta 2010), while in terms of manufactured goods, international trade has multiplied by more than 100 times since 1955 (Schifferes 2007). The rise of globalization posits a number of important challenges to a business seeking international presence. Numerous strategic aspects must be taken into account prior to commitment at an international level, and afterwards. Constant flexibility is required to adapt to changing patterns at local, regional and international levels. This research paper seeks to identify the main issues affecting international businesses, including accounting practices, cultural issues, strategic choices and political risk.
Globalization has significantly impacted on the business environment, prompting the development of the multinational enterprise (MNE). The governance of the MNE is recognized as being different than that of a national company. For instance, Bartlett and Ghoshal (1998) have introduced the influential concept of the transnational model, which allows the transfer of knowledge developed and jointly shared on a worldwide basis. In order to create a successful global business, Bengley and Boyd (2003) have underlined the importance of a global mindset, defined as the ability to develop and interpret criteria for business performance that are not dependent on the assumptions of a single country, culture or context. Corporate management must not automatically assume that the culture of the home office is equally applicable elsewhere (Bradley 2005). An important new development in the international business arena has been the rise of ‘mini-multinationals’ – small and medium-sized enterprises that do business on a global basis (Hill 2005)
Culture is an elusive term that has received hundreds of definitions. Hofstede’s (1984, p. 21) influential definition is that culture is “the collective programming of the mind which distinguishes the members of one human group from another” Hofstede (1984) identified the main dimensions of culture that affect work practices in different countries: Power distance, uncertainty avoidance, individualism vs. collectivism, masculinity vs. femininity, long vs. short-term orientation.
In a national culture framework, large power distance can translate into potential corruptive practices. Takyi-Asiedu (1993) associated power distance to corruption in sub-Saharan Africa. Cohen, Pant and Sharp (1996) also found that high power-distance culture people tend to view unethical practices as acceptable. On the other hand, Gray (1988) correlated high power distance with uniformity of financial and accounting practices, which may be more or less costly to a company depending on its manner of doing business.
Uncertainty avoiding countries tend to have solid legal frameworks and strict rules of doing business (Pagell & Halperin 2001). In such countries, thorough auditing tends to be carried out to ascertain compliance with rules (Hill 2004). These countries tend to have uniform accounting procedures and low disclosure levels (Gray 1988). Coming from a different cultural perspective, international business may find it costly to adapt to the national standards and rules of the country it wishes to do business in. Paradoxically, uncertainty avoidance can also translate into unethical practices as persons seek to secure a more certain result through corruption (Husted 1999). In terms of entry modes into the country, businesses may find that uncertainty avoidant countries favor solid frameworks such as established subsidiaries or local ownership, which are more costly and risky.
Then, political risk implies negative business consequences due to the behavior of governments and public sector organizations (Suder 2004). The most important political risk has been the threat of nationalization (Brooks et al 2004). The extreme threat of nationalization sometimes takes milder forms as when, in times of crisis, some governments resort to exchange rate controls. Another source of political risk is wars or civil strife. Another important political risk is represented by corruption practices (Hill 2005). For instance, a company may lose a contract because of a government’s unethical dealings (Madura 2006). Political risk can also translate in the change in tariff barriers, which make a company more or less competitive globally.
Empirical trade analysis has concluded that the traditional trade models must be adjusted to fit the trade data (Rivera-Batiz & Oliva 2003). Such modifications should include technology differentials, home biases in consumption, trade costs and distance and intermediate outputs. Trefler (1993) created a modified H-O model that accounted for a difference in technologies and home bias. Rivera-Batiz and Oliva (2003) maintain that, once such model modifications are introduced, the H-O model appears to hold fairly well. Davis and Weinstein (2001) and Trefler and Zhu (2000) have achieved up to 74% correlation between predictions and measurements under the modified H-O model. Despite this, the H-O model continues to fail to account for intra-industry trade and increasing returns to scale in major industries (Rivera-Batiz & Oliva 2003, Dunning 2009).

The research has been made using secondary sources. The literature from various sources has been studies and reviewed for analyzing the challenges of globalization that the companies face worldwide and the implications of those challenges on their business. The secondary sources have helped in establishing the analysis of the research.  The challenges have been picked from various books, research paper and articles and they have been complied here in the literature review. This research is descriptive in nature because it tries to describe the nature of globalization and the challenges that are posed by it in the international business.

From the literature that has been reviewed above, it has been analyzed that:

From the above discussion, it has been found that globalization is a very attractive process and must to adopt for those countries and businesses that have resources, capabilities and skills to go global.  They are benefitted because they have everything with which they can compete in the global market. But, the developing countries face the challenges of globalization as they are incompetent in the international markets. They lack the necessary skills to compete.  Apart from this, the challenges of globalization includes the cultural challenges where the employees are suffered the most, the political challenges due to differences in  the regulations of different countries, the inflation and exchange rate fluctuation challenges that makes the companies suffer losses due to changes in price and taxation,  the strategic challenges because the companies continuously have to change their strategies as per the needs of global markets, then the companies also face the challenge related to positioning of their product in the international markets.  The minor challenges are related to the ethical consideration that differ in every country, the maintenance of environmental standards in different countries and the challenge related to the demographics of the countries.