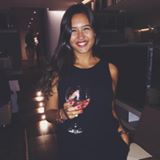 Timberwell Constructions is one of the reputed Real Estate organization that is engaged in building apartments in Stanwell Council District. It is a small scale business that operates with 58 male personnel for its different construction related operations. Due to competitive marketing environment in that region, Timberwell is facing workforce trouble as they need more employees (at least 12 apprentices) for carrying out the business successfully and to cover up those 17 employees who recently left for joining in rivalry firm or to start their own venture in this field.
Scenario-
The organization is facing troubles on different grounds like Workplace harassment, misuse of market power, manipulated dealings, unfair industrial practices, corruption, environmental damage, window dressing and many other major and minor allegations.  The company is now struggling in business and they need to recover from it.
Purpose of the report-
The purpose of this report is to prepare a Sustainability Report for Timberwell Constructions under GRI standard guidelines to cover the various aspects of the allegation lodged and pointed at organization to find to what extend the organization has violated standards and what should be the corrective actions for these.
GRI Standards-
Global Reporting Initiative is an independent organization that provides the guidelines and norms prescribed for economic sustainability, environmental sustainability and social sustainability. The purpose of this organization to bring up humanity in global community and build an environment where there is equal opportunity for everyone in matters of economy, environment and society. GRI standards are the first common standards followed for sustainability reporting. The standard is a modular and inter-related structure represents range of economic, social and environmental impacts. [Kolk, A. (2003).]

From the case study, it is clear that workforce were not happy with the treatment of management which is why almost 1/3 of workforce left organization and huge vacancy arose.  The company tried to cover it up with increase in compensation and changing roaster plan with day off system. From the case study, it seems that there were no fair management system which led the organization to follow up the allegation with penalty or suspension. Though in media release it has been claiming to be environmentally and socially sustainable but people have already made negative impression on their mind.

Disclosure 201-2 Financial Implications and other risks opportunity due to climate change
Overall the organization needs to incur expenses in their development planning which are mostly capital expenditure in total (at least 440000+50000= $490000) There may be more operational expenditure in case of bio-diversity and ecology rules in future date which can be predicted rightly after environmental audit. The demand for the residential houses in flora and fauna and vegetation area is decreasing day by day to balance the environment and bio diversity. So in future, it will bring reduction in business. Even the suppliers and contractors have withdrawn in the future development plans for Timeberwell. [O'Dwyer, B.,et.al2005]
Disclosure 205-3- Confirmed incidents of corruption and actions taken
Action taken- The State Corruption investigated the matter and found 6 of them guilty of the corruption i.e. all employees and one strategic partner. Timberwell suspended all the employees who were doing such act and also broke the partnership with those two consultants.
Disclosure- 206-1- Legal actions for anti-competitive behavior, anti-trust, and monopoly practices

Disclosure-302-1- Energy consumption within organization
The organization in its 2nd media release claimed that it is an energy efficient organization. The claim made so on grounds of the prescribed limit of energy consumption from renewable and non-renewable energy resources and electricity consumption given by Australian Department of Industry and Science. The company has disclosed the use of energy in the reporting period. Action- In another media release, they have claimed to achieve at least 50% of total energy consumption from the Renewable energy within the span of 3 years. At present, it is around 33% of total Fuel consumption.
Disclosure 304-2- Significant impacts of activities, products, and services on biodiversity
Disclosure 307-1-Non-compliance with environmental laws and regulations

Disclosure 401-1-New employee hires and employee turnover
The circumstances is saying that Timberwell doesn’t have a balanced workforce system and there is a high level of dissatisfaction and uncertainty in working environment. It may be due to the rough attitude of the executives on employees or the compensation issues which is affecting the workforce balance. The company is having deep trouble as the rate of leaving is more than rate of joining. No reporting was done for the age group of employees left or joined but as they have only 30-50 years employees, so we can assume it under that slab.
Action- At present the company is looking for new trainees to join the organization and also trying to keep the key personnel with monetary incentives. Any dissatisfied employees are given compensation as per court summon.
Disclosure 406-1 Incidents of discrimination and corrective actions taken
Disclosure 413-1-Operations with local community engagement, impact assessments and development programs
Timberwell has been claiming to be a good corporate citizen from the media releases it did. These media releases took place on seeing people have been perceiving the image in a negative manner.
Department of Environment and Energy has taken action against Timberwell for deviating the bio-diversity rule for the residential projects on which actions were taken and proceedings for penalty done. Even further audit trial will start to find clearer picture about the vegetation planning done by this organization.
Limitation of study- The above sustainability report doesn’t take all the disclosures as mentioned in GRI standard due to unavailability of information. The reporting has been done as per the information provided and media releases.  The authenticity of information can be proved only by undertaking independent examination of the report materials mentioned above.

GRI Sustainability Reporting of Timberwell has done through three important grounds which are economic, environmental and social. The reporting guidelines are followed as per the GRI standard prescribed as per 2016 standard reporting. From the information available, this sustainability reporting has been done which draws out the following facts about the Real-estate organization-
Economic point of view- The organization has been facing the financial obligations from different parties due to violation of basic principles. Moreover as the competition in Stanwell district for real estate market is increasing the organization is facing business risk more and more. To avoid the risk and reduce the intensity of competition, the company followed unethical practice like corruption which caused penalty and negative image of organization. The company also used market power to keep the new players out as a sign of anti-competitive nature. In this criteria, the organization scores low. [Brown, H. S.,et.al2009]
Environmental point of view- In matter of energy consumption, the organization is working towards use of more renewable resources. It is hoping to reach 505 mark in next 3 years in renewable fuel consumption which is a positive point for them. 2/3 instances the organization has given importance to environment which are conservation of Wallum Sedge Frogs and bushfire prone zone but in case of green coastland, it was found to violate ecology for which it had to pay fine. Thus in this ground, it can be put under moderate result. [Higgins, C.,et.al2018]
Social point of view- The organization despite having small workforce it is facing a lot of trouble in employee’s retention. The organization is having high attrition than enrollment. There is several complaint against compensation, employee treatment and other discrimination. Even the company doesn’t have a single female employee which is showing an orthodox workforce management of Timberwell. The company had to pay fine for the bad treatment to one of its senior employees. On the other hand, towards local community and society development, is working with various new development plans. It is working with other independent bodies to amend the polices, society housing development and improved building material to give better residential experience to local community. In this case also it scores low as it is their own press release which authenticity has to be proved.
Overall Performance- The purpose of this report was to determine whether Timberwell is contributing towards sustainability development or not. From the above three analysis we came to know that in 2 out 3 barometer it  scored low and in case of economic point of view it scored moderate. It means the organization has not contributed well to sustainable development. In none of criteria, it stood positive which is why it has created a negative image in public.
Suggestions-   The organization should start fulfilling the requirements of disclosure as soon as possible. It should not follow corruption practice, exploitation to workforce and environment, coercive power for business etc. so that again it will get the earlier position as it started few years ago.