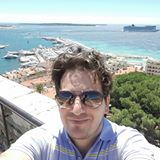 Write about the social inclusion topic - the vaccine delivery : The conversation article.

To improve immunity to a certain disease vaccine is delivered into the body. It is a biological preparation which improves the immunity of the body to fight with a particular disease (Satell, 2016). The injected vaccine into the body helps in recognizing the agent of a particular disease as foreign and destroys that agent. It also keeps a record of the foreign agent so that the body’s immune system can recognize the agent easily and destroy that in future.
The practice of immunization is being practiced from the ancient times. The founder of vaccinology is Edward Jenner. In 1796 he immunized a 13-year-old boy with vaccinia virus. From the first immunization the system of vaccination or immunization is being developed (Satell, 2016). Louis Pasteur and Alexander Fleming are also considered as a major contributor to the immunization.  With the passage of time immunization became one of the most effective treatments for several diseases such as Smallpox, cowpox, chicken pox, etc. But there are several issues associated with the immunization.
As the technology developed, the system of immunization also developed. The government is investing millions and billions of dollars for exploring new horizon. Even the private sectors are making more investments than the government in this field (Satell, 2016). The investments are being made in research and development for transferring the basic discoveries into the new products. The private players are investing much more in discovering the new product. As we all know that the market is very competitive and there is cut-throat competition in the market. Every organization wants to outdo the competitors in order to be more profitable and capture the largest market. And for the same purpose, they are innovating the innovation process and spending huge money (Satell, 2016). When an organization spends such a big amount for discovering the new product, it also tends to make a profit out of it. And to make a profit out of it, the organizations sometimes practice unethical practices which impact the organization as well as the community.
There are several issues involved in the vaccination. Some issues are ethical while some are individual oriented. For example, most of the people have a fear of vaccination. They do not want to get injected. From a study, it has been found that almost 63% of the total children complain fear of needle and more than 24% of parents have also shown the fear of the needle. Due to the fear of needle, almost 7% of the children do not get vaccines even after recommendation by the doctors (Maclntyre et al., 2016). So, to deal with the fear of needle, needle-free vaccine (Nano patches, Nasal spray vaccines, dry power vaccines, oral vaccines pharm jet, etc.)  has been developed. The needle-free vaccines are painless as well as easy to administer. The needle-free injection causes no pain, and almost all the people can easily be ready to get injected after the recommendation by the doctors.
There are some ethical issues related to the vaccination. As the needle-free vaccines are costlier, the doctors always recommend the patient to get injected even if in reality there is no need of an injection. This is only because of getting more profit or covering the cost of which has been spent during the invention. Most of the newborn babies are being recommended to get injected. From a study, it has been found that the people do not trust the doctors regarding the recommendations of vaccination due to regular unethical practices of the doctors. Therefore, there is high social and economic impact of vaccination on the organization as well as the community.

The following are the recommendations to address the issues of vaccination;
The government should formulate strict rules and regulations to direct the private player to not to practice unethical practices. As many low-income families cannot afford the costly vaccine they not to be recommended by the doctor to get the injection. Getting injection should be depended on the will of the people. The doctors should not recommend vaccines if not necessary. There is a need to gain the trust of the people towards vaccination; as many of the diseases can be cured only with the help of vaccination. Therefore, the government should make people aware of it.