THE RELATIONSHIP BETWEEN DEATHS ON CONSTRUCTION SITES AND COUNTRIES’ GDP 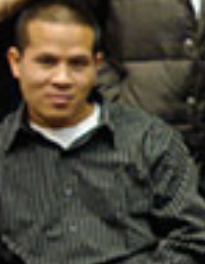 According to Mr. Joseph Newhouse, there is a strong as well as positive relationship among per capita GDP with per capita for the health spending in any country. On behalf of the study for the international comparisons along with the health expenditure as well as that death expenditure is strongly related with the growth in the economy. In this case study, there is a small research on the death of human being in Construction industry of Pakistan as well as the GDP of the same country. There are four million people living in Pakistan, and it has been seen that employees are often working under the extreme conditions of weather without any precautionary measures. The construction of multi-storey buildings is thus increased drastically with the numbers and for medium sized companies thus works as the main as well as the sub-contractors. In Pakistan it is also found that there are a large number of fatal accidents while safety has been measured and is not enforced with rigorous attempts. In this study, there is a research framework is thus identified with the safety climate factors with the significant enhancement as well as for safety performance in case of construction of buildings. It is also found that there is 2.39% contribution has come from this construction industry within the GDP of Pakistan.
There are the quantitative data that are allowed to split into calibration as well as the validation sample which is being analysed through the exploratory as well as the confirmatory factor analysis with an examination of causal relationship among the safety climate and with safety performance. That structured interviews has been conducted for identifying and also prioritized. There are the causes of findings what is impediments for the safety implementation and also the strategies for enhancing the safety performance. Through the qualitative findings, those neglected safety aspects are being considered and therefore discussed. The proposed safety climate measurement model is thus found to be useful for measuring, monitoring as well as improving safety performance in construction companies for developing countries.

This study focuses on the growth of construction industry where economic development has been reflected and at the same time it has been found that there is a higher range of injury as well as fatality rate and that is given as alarming. In this construction industry there is 7.4 % of employment has been found out and on the other side the accident rate in 15.2 %. So it is thus checked that the percentage change in injuries within construction industry is thus turned in to second most as well as the injury prone industry for the agriculture. The employment rate is thus found fifth in all the other industries. There are the majority of accidents those are occurred due to fall from the height and also it is due to inadequate availability as well as the training within the fall protection system and also for the nonavailavility for the suitable anchorage system. (Ahmed, Shaukat, Usman, Nawaz, & Nazir, 2017).

The objective of this project is to find out the measures and the relationship between the GDP and the hazards occurred in construction industries in Pakistan. Followings are the specific objectives:

The construction industry in Pakistan has contributed almost 2.39% of the national GDP in the country. There are workforces, like 4.424 million in Pakistan has been found to be directly engage in this industry. For existence of any unsafe conditions, those work sites as well as the labourers are happy to expose the numerous hazards as well as extreme weather conditions. In addition with this, unsafe behaviours are also found as the major causes for accidents like various types of accidents which includes “fall from height” or  lifting activity along with the electrocution. There are no concrete measures that should be taken from Government or PEC (Pakistan Engineering Council) s. And thus, the increase in the number of injuries is increased consistently (Ahmed, Shaukat, Usman, Nawaz, & Nazir, 2017).
This study is thus focused on identifying some contributory factors on behalf of the accident causation as well as difficulties in case of effective safety while implementing. Moreover, the safety climate factors are thus identified through questionnaires survey for finding out relationship between those factors in case of safety climate together with safety performance. In addition to this, it is compared with the impact of GDP growth in Pakistan for the causation occurred in construction industry.

Construction in developing countries, like Pakistan or India, there are more number of labor is accompanied with other developed areas throughout the globe. There are 2.5 to 10 times more workers have been found engaged in the construction areas in these developing countries. According to Abdelhamid and Everett (2000), major number of causes of the accidents is occurred relating to the unique nature of the industry, like poor safety management, human behaviour, difficult work in case of site conditions are all resulting the unsafe work methods, procedures as well as equipment. There is no technological advancement has been found yet in case of construction industry in developing country like Pakistan. Due to this lack of response in technology there is no existence of single construction site which is within the safe zone in Pakistan. In reality, the large share of construction work has been taken care through the human resources and that will increase with the number of site accidents. In case of informal assessments, there are some major reasons to the safety for non-performance that includes lack of development in construction sector through mechanization along with the industrialization. The lack of management practices in professional construction is found due to unsafe project sites and those results the delays in construction along with poor productivity or process quality as well as the cost overruns together with inadequate safety provisions which are laid within the existing regulatory environment for failing to establish of safety in major industry. The in sufficient as well as the incentive-less insurance mechanisms has been proved to fail for establishing the safety in case of business survival issue together with the unfavourable business environment in which it has been failed to establish the safety for the survival issue. It is also seen that the unfavourable business environment has been led for adversarial business relationships occurring among the stakeholders and that results in case of controversies, claims or conflicts as well as in case of litigation and thus it is diverted to the focus from the issues affecting safety (Gopang, Nebhwani, Khatri, & Marri, 2017).
In spite of all the issues, in Pakistan, it is claimed as the growing market of construction industry. As per Vision 2025, there are many dams as well as other projects which are going to be announced in case of feasibility as well as the construction. The construction of two mega projects, like Dams Bhasha Dam & Munda Dan have completed within the year 2016. Other projects like, Liyari Expressway or the Northern By-Pass together with other infrastructure projects are going on in progress (Farooqui, Arif, F, & Rafeeqi, 2008).
According to Pakistan Infrastructure Report, 2007, the construction growth rate is 8% in 2006 to 2010 and it will increase day by day processes. The average construction growth rate has a direct impact on the economy of the country and there is an economic growth of 5.2 percent in real GDP. As this construction industry is based on highly labor intensive sector as well as the strong growth in the sector that has been generated in the variety of jobs (Rafique & Rehman, 2017).

QUALITATIVE RESEARCH
In Pakistan, safety in construction industry is almost a new concept and it is thus continuously striving for generation of awareness in safety within key stakeholders. This quantitative research is thus based on the literature review as well as the semi structured interviews while visiting the construction sites. The safety aspects which are neglected for construction sites are thus summarised as follows:
QUANTITATIVE RESEARCH
For the hazards due to the accidents occurred within construction industries, it is thus measured accurately in case of lagging the indicators of the accident statistics and due to the non-availability of the leading indicators has been utilised in this research. There is the most common construct for research performance which is used for self-reported injuries as well as the safety participation with the safety compliance. The positive environment in case of safety climate there is the higher levels of safety participation which is expected for better safety management or the awareness of safety within the organisation. In those similar situations, it has been observed that the workers are not likely to engage with unsafe actions and hat results in the decrease of the self-reported injuries.
Following are the hypotheses are made in this study:
RESEARCH LIMITATIONS
There are several limitations have been found in case of construction industry within Pakistan while performing the research, such as,
TIME SCHEDULE (RESEARCH PLAN)

Therefore, this research paper has presented the framework for investigating the relationship between the safety issues as well as the improvement of construction industries and their impact on growth of GDP. In case of under-construction and the multi-storied building construction projects, there are the major cities within Pakistan and those are selected for the data collection. These projects have found that, the fatal accident has been happened due to the high fall and results in the accidents. Every accident will comply with good economic expenses for the company as there are every agreement has been done with the policy of the company and the employees. From the proposed methodology, it has been thus cleared with increased in safety there must be increase in growth rate of GDP for construction industry.