Summary of Journals from Psychology 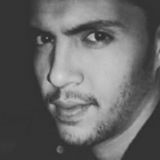 1. Summary of a journal - Learning and Motivation

2. Summary of a journal - Journal of Experimental Psychology

There is an intricate relationship between motivation and learning. Learning is highly influenced by motivation and without motivation; the accomplishment of success in the learning process often becomes quite difficult. In the article, “How motivation affects academic performance: a structural equation modelling analysis,” Kusurkar et al. (2013) have suggested that there is a relation between quality of motivation and performance.
There are few studies that had been devoted to the study of such relationship and this scarcity of the concerned genre of study has often made it difficult for scholars to implicitly establish a relationship between quality motivation and quality learning. The researchers have found that self-determination theory based on the quality of motivation has the potential to differentiate between autonomous motivation (AM) that originates within an individual and controlled motivation (CM) that usually originates from external sources.
There have been hypotheses that relative autonomous motivation (RAM) has the potential to impact on the academic performance of learners but such hypotheses have to be confirmed through conducting more studies on the issue of concern. The researchers devoted their study to the determination of the concerned differences and for conducting the study appropriately they rendered effort to compare models between subgroups – males and females who were students selected via two different systems viz. qualitative and weighty lottery selection system.
The researchers gathered data on motivation, study strategy and learning effort from three hundred and eighty-three medical students of VU University Medical Center, Amsterdam, and the researchers also obtained their academic performance result from the student administration. The researchers administered the structural equation modelling analysis for hypothesizing the model in which high RAM would positively affect good study strategy and study effort, positively affecting academic performance in the form of grade point average (Kusurkar et al., 2013).
The researchers did find that the concerned model fitted well for all tested subgroups of students. It was the application of the model that made it easier for the researchers to find out that there is a difference between the strength of relationships between the variables from the different subgroups, and the researchers did expect the same.

3. Summary of a journal - Journal of Memory and Language

There is a direct relationship between parents’ involvement and the academic and social growth and development of children. This relationship has been verified, examines, and analyzed by many researchers and the end result shows that there is an intricate relationship between parents’ involvement and a child’s academic growth and social development. In the article, “Parent Involvement and Children’s Academic and Social Development in Elementary School,” Nokali, Bachman and Votruba-Drzal (2011) have suggested that children with highly involved parents had enhanced social functioning and fewer behavior problems.
What the researchers did find is that; teacher and parent involvement does matter a lot in terms of a child’s overall development. Nokhali, Bachman and Votruba-Drzal (2011) did collect data from the NICHD Study of Early Childcare and Youth Development to investigate children’s trajectories of academic and social development across first, third and fifth grade. They also used the hierarchical linear modelling to examine within and between child associations among maternal and teacher reports of patent involvement and standardized achievement scores of students along with their social skills and problem behaviors.
After collecting and obtaining the data and after analyzing the same the researchers did observe that within-child improvements in patent involvement predicts declines in problem behaviors and this also result in improvement in social skills but such fails to predict changes in achievement. Moreover, after analyzing between-child trajectory the researchers did find that children with highly involved parents show enhanced and developed social functioning and they are less likely to show behavior problems and if they did, they did so in a fewer quantity.
The researchers claim that there is a relationship between parents’ involvement and child development in the social and academic context, and their claim had been supported by evidence in a thorough manner. The researchers have concluded in the study that parents have the potential to wield considerable influence on children’s overall development, including social and academic development. Though the researchers have deemed it right to suggest that more studies are required in the field, they have suggested that along with parents, teachers also play a significant role in influencing children in the context of their social and academic development.

4. Summary of a journal - Child Development

There is a significant relationship between emotion and learning and memory. Emotional states often determine the quality of memory and learning. In the article, “The Influences of Emotion on Learning and Memory,” Tyng et al. (2017) have suggested that emotion renders a substantial influence on the cognitive processes in humans, and such processes include perception, attention, learning, memory, reasoning, and problem-solving. It has been observed by the researchers that on the level and degree of attention, emotion has a direct influence to a large extent.
The researchers have suggested that on the quality of attention and on the selection of attention as well as on motivating action and behavior, emotion renders thorough impact. What Tyng et al. (2017) have found is that; the attentional and executive control is very intimately linked to the overall learning process and it is intrinsically limited attentional capacities that are better focused on relevant information. On such capacity too, emotion renders a thorough influence. The researchers have also suggested that the effects of emotion on learning and memory do not always stay univalent and many other research studies have shown that emotion has the potential to either enhance or impair learning and long-term memory retention. All such potency depends largely on a range of factors.
The authors have also pointed out that recent neuro-imaging findings have suggested that the amygdala and prefrontal cortex in cooperation with the medial temporal lobe acts in an integrated manner to afford amygdala modulating memory consolidation; prefrontal cortex mediating memory encoding and formation, and hippocampus for successful learning and long term memory retention. The emotional processing is also reliant on certain brain functions and the researchers have strived to get into those details in a manner that could be understandable for the research stakeholders and target audiences.
The researchers have also summarized the current state of knowledge on the impact of emotion on memory and they have been able to map the implications for educational settings. The primary importance of the research findings lies in the fact that such findings could be related to educational settings to provide some opportunities for learners and evaluators to understand the importance of emotion in respect of enhancing memory and learning.