Richard has a specialist car dealership 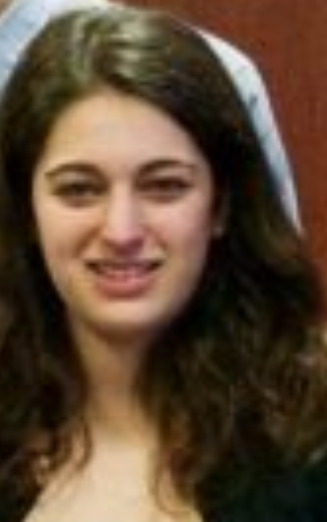 Need to answer of the problem type question "Richard has a specialist car dealership. He buys old cars, refurbishes them and then sells them. He also hires out cars.

Richard operates his business from a premises which he has leased from George for $ 5 000 per month since January 2016. The lease specifies that the rent is to be paid to George every six months and that it will increase every year by 10%. Richard pays George $ 30 000 in June 2016 and December 2016, but then tells George that he is having financial difficulties and needs every dollar he can to buy equipment. George says “OK, I will let you off paying the increase this year”. Richard is pleased with this, and uses the money he would have had to spend on the rent increase to buy new tools. In June 2017, Richard pays $ 30 000 to George, but George contacts him demanding an additional $ 3 000. When Richard refers to their earlier conversation, George says “Whatever I said, the lease you signed specifies that the rent will go up by 10% each year”.

When Richard goes on holiday, Martin looks after his car lot. Martin doesn’t have a car. However, a friend of Martin’s is about to visit town and he wants to be able to drive her around. Martin goes to Richard and says “Can I hire one of your cars?” Richard says “The usual price is $ 50 per day, but because you looked after my car lot in August, you can hire it at no cost. You can pick it up on Monday”. Martin is very pleased and readily agrees, but when he comes to pick up the car, Richard says that he has hired it out to a customer. Martin says that Richard has breached their agreement.

Advise Richard of his legal position in relation to each of these four scenarios. You should assume that all facts given would be provable if the matters came to court. You should also assume that when any of the people mentioned conduct business, they do so as sole traders, not through corporations.

The first issue, concerns the reliance so placed and based on which the damage is suffered. So, the matter is of the reliance placed on the negligent misstatement of E, which subsequently made R suffer the loss.
For the second issue, the law deals in examining the very intention of the parties in the language they used in communicating and in so doing the Court looks in to the very fact as to whether, the parties could be made bound by the terms they said or used while communicating.
For the third issue, the law is based on the issues arising out of offers, and the counter offers which cause the extinguishment of the original offer so made.
The fourth or the final issue, is determined in law, based on the gratuitous promise, which is without a consideration, and renders the consequence of nudum pactum, when the aggrieved party tries to enforce that.

A negligent misstatement is considered to be an information which is given by the provider in good faith, but the consequence reveals that the information given was full of inaccuracy and was quite misleading. In England, the Court in (Derry v Peak , 1889), held that negligent misstatement cannot give rise to a cause of action, if there is no contract. But, Court in (Hedley Byrne & Co v Heller & Partners , 1964), held that when the information is sought from a skilled person then that person must be aware that the party seeking information will rely on it, was subsequently accepted by Australian High Court in (Mutual Life & Citizens’ Assurance Co Ltd v Evatt , 1968), and the Court held that, there is a duty on the information provider to consider that the information which will be provided will be relied upon by the person seeking that and further held that to establish special relationship between the information provider and the person seeking it, the information provider might not be in actual possession of the skills, was further upheld in (San Sebastian Pty Ltd v Minister Administering the Environmental Planning and Assessment Act 1979 (NSW) , 1988). So, coming back to the facts of the case, R can bring an action as against E, if he can establish that there was a legal duty on E to maintain standards which will protect him from any foreseeable risk, and in so doing he must establish breach of duty so made by E, and finally R must establish that he did suffer material injury, for placing his reliance on E’s information so supplied with.
There are situations when the parties negotiating reach some agreement in good faith, and the Court considered this in (Masters v Cameron , 1954)and also in (Baulkham Hills Private Hospital Pty Ltd v GR Securities Pty Ltd, 1986) and held that, intention is important for agreeing on the terms, with no departure from it and that intention must be get bound immediately, then that would be considered to be binding on the parties. But, in the present case, the formal lease agreement was already sought, and the R seek to negotiate terms with G, which was though accepted but then was refused, so at this instance R cannot go behind the lease and must fulfill according to the terms agreed upon.
The display in the website of R is not an offer but an invitation to treat as was held and described  in landmark decision of (Carlil v Carbolic Smoke Ball Company, 1892) and in (Pharmaceutical Society of Great Britain v Boots , 1953) and also in (Australian Woollen Mills Pty Ltd v Cth, 1954), so when T offered to purchase from R and was refused by R with a new amount, then the offer so made by T already had extinguished, and then again when R agreed to sell in the price as mentioned by T, then it becomes a new offer, and as T have not accepted that, then there was no contract between them, hence R cannot claim anything from T.
The fact that R promised to M for letting me ride and hire the car for free and then cannot keep is promise, since it was lent out to some customer, cannot be enforced by M, since there was no existence of valid consideration, is in the line the Court took in (Dickinson v Dodds, 1875) and in (Bristol Cardiff & Swansea Aerated Bread Co v Maggs , 1890), and was upheld in (Goldsbrough, Mort and Co Ltd v Quinn, 1910), so based on that as there was no contract between M and R, so no question of enforcing it comes in question.

So, R can claim damages from E, for the material loss so suffered by him due to the reliance he placed on the negligent misstatement done by E, but for G, R must abide with the lease agreement and hence is liable to pay the agreed amount of the increased rent. As against T, R cannot sue or claim any breach, since there was no formation of contract, since the offer already extinguished when R made a counter offer. Finally, as against M, R do owe any obligation towards him, due to the fact that there was insufficient consideration.