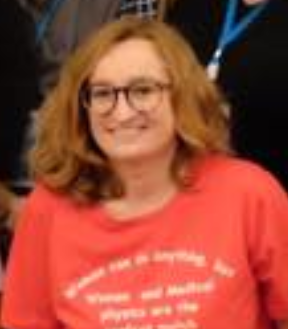 1. State what must occur if the client is to leave therapy more competent to control his life?
In order to control his life, if the client prefers to leave the process of therapy then it is suggested that the client should shoulder the responsibility of being a dynamic associate in the procedure (Palmadottir, 2006).
2. What does the therapist gain from helping the client become actively involved?
While attempting to invoke spontaneous engagement of the client, the therapist should actively participate with the client in the entire process.
3.    What is seen as “coming with practice?”
Both the therapist as well as the client may feel immensely confident and benefitted if the process is associated with regular practice that enhances the relaxation techniques.
4.    Why is it that often even well intentioned therapists can be blind to a client’s reality?
The human brain is programmed to visualise what the heart desires. Vision is directly related to wish fulfilment. Hence, vision is, most of the times, highly influenced by biased perspectives and mind occupied with prejudices. Same is true for the therapist who fails to identify the truth in spite of having good intentions and ability and accordingly, the truth is lost in oblivion.
5.    For what reason was eclecticism first started?
The root of eclecticism lies in the days when human behaviour used to be judged on the basis of some theoretical principles of those days. It died a natural death due to the absence of cohesive direction.
6. What do rigid behaviourists ignore?
The rigid behaviourists are usually confined in a limited spectrum of focus and their rational minds restrict them from moulding their thought process which ultimately compels them to consider any issue that are unable to sync with the hypothetical standards of behaviour granted conventionally.
7. State what existing schools overlook.
The existing schools fail to notice the realistic concern that involves advancement in the field of perception and at the same time serves as a connection between the display of confusion and the consequential wholesomeness and this aspect is helpful for the therapist to proceed in this regard.
8. Describe theories in their highest use.
The existing theories do not have any solid foundation and hence can be considered as prejudices which can be interchanged as per situation deliberately. When such larger than life theories are diminished to miniature simplified structures, then it becomes easier to focus on those points that remained unseen in the expanded view.
9. What can theories become?
As the theories have the capacity to strain insight, it may be revealed that theories can be paralleled with reality after a process of filtration happened two times.
10. State the hypothesis surrounding training and experience?
The hypothesis surrounding training and experience normally cause one of them to be less vulnerable in regards to strict misrepresentation. ( enough info is unavailable).
11. Why is it that distortions of perception play an important part in therapy?
Distortion of observation plays a pivotal role in therapy since it is a significant part of life as a whole. Nevertheless, the human beings the perceptual distortion is so immaculate in structure that the present day life has been permeated by it which invokes confusion yet it can be handled into convenient ideas and concepts. Understanding is the cardinal requirement for functioning but once a person becomes rigid about a particular concept as the only correct way or the true way, it proves to be vicious.
12. How might therapy be defined?
According to Webster, therapy is defined as the treatment of physical or mental illnesses.
Therapy is the process of treatment of mental illness or physical disability as per the Webster (Merriam-Webster, 2018). Nonetheless, therapy consists of diversified streams that include physio, Reiki, myriads of massage procedures and relaxation methods. Therapy is not restricted to any illness in strict terms, rather therapy may be helpful even to a healthy human being to keep fit and mentally agile.