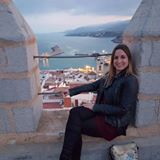 Need to write essay on Philosophy of Law.

In ancient times, the basis based on which the relationship between persons were governed solely rested on morality as well as religion, and for the purpose of governing the social relations, the need for law makers were considered to be irrelevant. So, the law which prevailed then for governing the relations between the humans, was the one and only the natural law. But, with the passage of time, the human made law came in to existence for the purpose of regulating human relations. So, the law made by the human beings, protected the relationships and also controlled the behaviour of both the individuals as well as the group, through the development of the institutions by using the normative as well as the directive and the prescriptive rules, providing sanctions at varied levels to maintain a harmony and the social order. But, then again, the issue relating to whether the laws made by the human beings can be the mechanism to bring justice, became vividly prominent. The duties and the obligations with the persistent rights was although acknowledged by the human made laws, but the problem arose whether that right can be considered as human right, or can the human beings enjoy the rights, just because they were humans.

So, a definition of law became pertinent, although a law cannot be defined as a single definition, which can have the universal recognition. The meaning of law, revolves around the four theories, so propounded as the natural law, then the imperative or the positive law, and finally the realist theories and the Marxist theories of law (Avineri, 1968). Natural theory for law (Thomas Aquinas on Natural Law, 2014), defined it as that law which is constituted by justice followed by the morality, and it also highlighted that, anything which deviates from this is utter violence or the proper abuse of natural law. So, it can be understood that, under this theory of law, the source of the law, is not by a human being but by some supernatural entity, who not only created the law, but also the human being. Next is the imperative theory ("John Austin", The Stanford Encyclopedia of Philosophy, 2013), which reflects the command from a sovereign to the inferiors. Realist theory (The Concept of Law, by H. L. A. Hart, 1996), have a close resemblance to the imperative theory, but the sovereign is vested in the Courts or the Judiciary. Marx Theory (Avineri, 1968) reflects the suppressed class and a total denial of a super natural authority in creation of law.

It can thus be concluded that, the natural rights which emanated from the natural law, was applicable to all the human beings irrespective of the differences, on the other hand, a judicial decision is the evidence that the law is applied. As the existing relationship between law and justice cannot be separated due to the existence of the direct relationship between themselves, so it can be believed to be the two faces of the same coin. Often it is considered by the people that, when a law gets the properly, implemented, then it is justice. As the law is in to regulating the lives of the individuals and so it is necessary within a society, and it is aimed at limiting the free desire and also the unprocessed force and create a body of rules to be made applicable for all, along with the corresponding duties. So, the basic purpose of law is not in to making a single individual fully empowered with the excessive rights, and so, at the same time it seeks to create an equal distribution of all the things included within a particular society based on certain norms. So, law being the only means to an end, the pre- requisite becomes that, the law must be a just one and must be in accordance with the principals of natural justice (Stanlis, 2017).

"John Austin", The Stanford Encyclopedia of Philosophy. (2013). Retrieved from