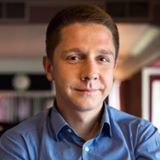 Q1 Can you give examples to show the important roles of guilds in the real world?
The members of the guild exploit the same resources for food and often compete for the same ecological niche. The mutualistic or symbiotic relations among the members of the guild ensure that they all stay protected and functional (Sutherland et al., 2013). The importance of guilds ecology can be explained with the help of example, as stated below:
The oak foliage gleaning guild consists of five different populations of birds like Vireo huttoni, Vireo gilvus, Vireo celata, Pareo inornata and Polioptila caerulea. The dietary habits of these bird species consists of insects (same class of resource) that resides on the leaves of the oak tree. Thus, this guild exploits the same natural resource for the same food item. However, the existence of the guild ensures that none of the bird species are competitively excluded from the ecology and all are able to survive successfully in the ecological niche.
Q2 Can you explain the Intermediate Disturbance Hypothesis in ecology?
Disturbances in ecology refer to the natural and the artificial phenomenon like forest fires or deforestation, which are capable of disrupting the normal species existing in the ecological systems. As per the IDH, the disturbances of moderate intensity, neither too frequent nor too rare, are capable of establishing maximum diversity in the ecological systems. Frequent disturbances hamper species succession while rare disturbances encourage competitive exclusion among species and thus, their elimination from the ecosystem.
The species in a particular ecosystem get established by the process of ecological succession. In the different phases of the succession process, the primary colonizers change or modify the existing conditions of the ecosystem concerned, and make it more favorable for the survival of the secondary colonizers, who then, inhabit the ecosystem. In this way, one or more species start coexisting in a particular ecosystem. On experiencing moderate disturbance, be it natural or artificial, ‘gaps’ are created in the ecosystem, which are capable of housing associated but different species of the colonizers that were already residing in the place. In this way, the species diversity of the concerned ecosystem flourishes, when an intermediate disturbance occurs. An example is the occurrence of hurricanes of medium intensity and the changes in the species inhabiting the coral reefs of the oceans.
Q3 Can you construct some graphs to illustrate this species – area relationship?

Fig: Graph for demonstrating the relation between the species richness and the habitat it abounds Source: (Sergio et al., 2014)

Fig: Graph and equation for species diversity  and the relationship with the area it abounds
Source: (Sergio et al., 2014)
Q4 What is metapopulation theory in modern ecology meant? Give examples to support your answer.
Metapopulation refers to the populations of individual species that resides in a particular habitat but are spatially segregated into two or even more subpopulations. The metapopulations are mainly formed owing to natural disasters and the human activities.
In modern ecology, the concept of metapopulation and the study of metapopulation dynamics is the leading current approach. The metapopulation exists in a stochastic equilibrium between the colonization of the empty patches with suitable population and the species that gets extinct locally (Palmer, Zedler & Falk, 2016). The distance and the spatial configuration of the land that is to be taken up by the migrant populations determine the metapopulation dynamics. The modern theory of metapopulation assumes that the young generations within the population get dispersed randomly in the habitat and metapopulations in homogenous habitat get divided into subpopulations. Metapopulations are able to stay stable in the habitat for extensive period of time, owing to their property of getting dispersed over different habitats (Odling-Smee et al., 2013). The rate of growth of one subpopulation is independent of the other subpopulations and the qualities of the local environments where the subpopulations are dispersed are negatively correlated to one another.
Examples of metapopulation are butterflies, fishes in the coral reefs and populations of mountain sheep. The different species of the butterflies and coral reef fishes are found in a dispersed fashion, all over the ecosystem. Since they are significant metapopulations, their populations are quite stable and do not easily gets demolished from the ecological systems.
Q5 What is complex community? Can you explain why complex community is more stable than simple community with given examples?
The term community in an ecosystem refers to the populations of different species that resides together in an ecological niche. A complex community is a mix of plants, animals and microbes in the ecosystem, which are linked by energy and nutrient flows. The species in a complex community are interdependent on each other to some extent (Malhi et al., 2015). In a complex community, producers, consumers and decomposers are present in a balanced amount, which makes the complex communities a self-functional unit. For example, in a forest ecosystem, trees, decomposers like microbes, animals (both herbivores and carnivores) and scavengers are present. This makes up for the producers (trees), consumers (herbivores and carnivores) and decomposers. The flow of energy across the different trophic levels takes place successfully in the complex community and thus, all the species are able to survive successfully in the ecosystem (Wu, 2013). If any of the components from the complex community goes missing, then the normal survivability of the populations residing therein gets affected adversely.
Q6 Can you explain the relationship of the formula NPP = GPP – R in ecosystem?
NPP refers to the Net Primary Production, which is the final amount of production by the primary producers, after the deduction of the energy lost by respiration and other cellular processes
GPP refers to the Gross Primary Production
R refers to Respiration
When the respiration cost that the plant has to pay for their cellular functions, enzymatic and metabolic activities and elimination of wastes is taken away from the gross production of carbon that is fixed into sugars, by the process of photosynthesis, in the plant body, the amount of energy that remains is the NPP (Harfoot et al., 2014). In ecosystem too, the energy taken away by the consumers from the producers, leaves back the NPP.
Q7 What is trophic efficiency? Which ecosystem would you expect to have a greater total amount of energy passing its trophic levels: a forest or a place nearby the forest?
Which of these ecosystems would have a higher proportion of NPP moving through all of its trophic level, the forest or lake?
The trophic efficiency refers to the efficient flow of energy from one trophic level to another, in the food chain or food web, after following the 10 percent law of energy transfer among each successive trophic levels.
A greater total amount of energy passes through the trophic levels in the forest ecosystem, since the number of producers in the forest ecosystem is more, as compared to the other ecosystems. The forest ecosystem, owing to its open access to sunlight, is also capable of tapping greater proportions of energy from the sun and thus, passes on more energy through successive trophic levels.
Higher NPP would be observed in lake ecosystem, since the loss through the process of respiration and for maintenance of other physiologic functions requires less energy and oxygen as compared to other ecosystems. Thus the NPP in the primary producers is significantly higher. The number of primary producers that is the phytoplankton is more than the primary consumers, zoo planktons. This is another reason for accumulation and transfer of more NPP across successive trophic levels in case of this ecosystem.
Q8 Can you draw the biomass and energy pyramids and then explain this ecological phenomenon?