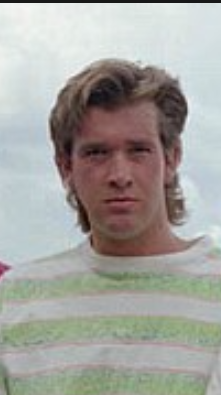 Prepare a report on application of mathematics and statistics to advanced business case studies.

Air Asia is considered as the world’s low cost flight which has been introduced in 2001 with the aim of allowing everyone to fly. The motive of the company is to help everyone experience travelling through flight. The target of the airline has been the customers that will prefer low cost flight in exchange of full frill services offered by other airlines at higher cost. The customers can travel according to their own ability to pay for things they wish. This has made the airlines a competitive airline in the world market in a shot span of time. The airline has been known among its travelers for its safety and amazing service quality at the price it charges for per person (Air Asia 2018). Safety has always been the main motive of the company since it has started its business.
With such a strong business model and ability to serve the world with their best air services, the airline has been able to growth at a fast rate. However, recently it received a drawback in its services and created terror in the life of the travelers. The airline received a history of technical failures in its services to different places. Recent incident that happened with the airline and acts as an incident was the engine failure that took place in the flight that was flying from Perth to Kuala Lumpur. The flight was forced to turn back after the pilot was able to report the engine failure in the flight. Even though many lives were saved, yet the terror of such incident remained among the passengers. Other than this there was also a plane crash that took place in 2014 killing 162 people travelling in the flight (RUDD 2017). Although the recent incident that happened did not take any life; however, such incidents questions the safety of the passenger in the flight.
The technical issues that the airline is facing has a direct impact on the life of the people making them choose some other airline. Thus, the technical issue that Air Asia is facing is causing a loss to the company by decreasing demand from the passengers (Bartiromo 2017). Moreover, it also impacts on the cost of the company. Thus, it is necessary to carry out the research on the importance of technical safety in a flight and its impact on the airline industry.

From the above analysis it can be concluded that the Air Asia is facing a lot of problem in their technology which is increasing the risk for in flight passengers. This has increased the need for the research on the role technology play for the airline industry and the issues that the industry is facing in today’s world. Further the research will also help them to find measures by which the company can overcome the technical issues they are facing. This is because it is seen that the Air Asia is recently facing huge technical issues in its engine and in other parts of the flight. Thus, it si necessary that the company follow certain steps and research that can help them to overcome the issues. The technical faults are increasing the risk in people that are travelling through Air Asia. The airline is losing its customer trust slowly due to these issues. Thus, the literature helps in showing the importance of the research that the airline should take up in order to know their technical problems and overcome it as soon as possible. Various new technologies are coming up for the flights to help them offer a safe environment to the passenger.