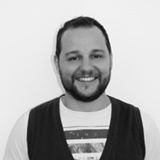 Being headquartered in India, which is considered as developing nation, Infosys, an Indian company, would not be expected to produce financial statements that would be better than those of similar companies from developed nations. However, Infosys managed to do away with this notion by producing high-quality, transparent, and extremely informative financial statements including various disclosures and statements.
There are no reporting practices from the Infosys’ financial statements that raise issues. These statements are rather much more helpful than financial statements prepared by other companies in the information technology industry. Infosys has had a track record of finalizing its accounts very quickly, being early with conducting the company’s annual general meetings in keeping with corporate legislations in India, and providing arguably the best presented and most transparent financial statements to its investors.
For ten years in a row, Infosys was the recipient of the Best Presented Annual Accounts Award established by India’s professional accounting organization The Institute of Chartered Accountants of India. In fact, the Infosys’ annual accounts also got the distinction of getting an award from the South Asia Federation of Accountants in the year 2000. Regardless of which year’s Annual Report of Infosys is being studied, investors, not just domestic but also non-domestic, are provided extensive financial information about the company.
While all the regular information as mandated by the various applicable legislations and rules and regulations of the countries where Infosys does business is provided, the company has consistently gone above and beyond its duty in making disclosures that could have a potential impact on investor decisions regarding their respective stakes in the company.
The company happens to be the first company in India to prepare its financial statements based on the United States Generally Accepted Accounting Principles (U.S. GAAP) financial reporting framework. The company also holds the distinction of being the first foreign private issuer in India to file with United States’ Securities and Exchange Commission (SEC), all the primary statements in keeping with the International Financial Reporting Standards (IFRS). Infosys annual reports, thus, are characterized by the following distinctive features.