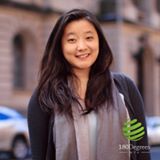 I have analyzed the equity portion of Automotive Holdings Groups Limited and hereby I have noted that the Equity items in their financial statement shows the following items, which are listed below:
Contributed Equity:
Equity means the portion of total capital invested by the party in the company or as per the definition, the equity is the smallest part of the fund that is being contributed by the owner/shareholders to the company, so to participate in the profits/loss of the company operations. The Equity holders are the owners of the company in terms of decision making in AGM and also the person to approve the decisions taken by the Board of Directors. Further the equity holders get dividend for the amount so contributed in the company as a part of return on investment.
For the company being Automotive Holdings Group, the contributed equity, so called Ordinary Share capital has been divided further into: (amounts in ‘000)
Fully Paid Ordinary Share capital:
The fully paid ordinary shares represents to the total number of shares that the company has issued during the period and the shareholders have paid whole amount to the shares so allotted to them. As on 1st July 2016, the balance of ordinary shares were $541,532, no changes were recorded in the during the year in this group of contributed equity capital.
Institutional Placement:
This group represents the shares issued to outsiders specially QIP’s, without having to submit legal paperwork to market regulators. So, during the period funds worth $90,000 has added to this group.
Share Purchase Plan:
Share Purchase plan means an offer given to the existing shareholders in a listed company, to purchase additional shares of the same company without paying any brokerage fees. So, during the period , $23362, has been added to this group.
Retained Earnings and Reserves:
Reserves are the funds that has been created by the company which will be used to forgo the future obligations or targets. Further the reserve amount is treated as a fund that is used to mitigate the project cost or repay the obligations for which the amount has been kept in the fund. So, the general reserves are being created from the funds of opening balance, so added by net profit during the period and reduced by dividend paid by the company.
As on 1st July, 2016, the opening balance was: 150,374, added by net profit during the period of 55,539 and reduced by dividend paid to the member worth: 74615. So, as on 30th june, 2017, the closing balance of Retained earnings and reserves is $131298.
Other Reserves:
Other Reserves are being special funds created by the company for the unforeseen situations or for any special purpose. Such funds are being written off once the special purpose is fulfilled. During the period AHG has created reserves in terms of:
Share based Payment Reserve is the reserve that the company use to create to repay the obligation that has been created as for the employees for those shares which has not vested during the period. As per the review it has been analyzed that during the period the company has utilized Payment reserve worth $152, and the remaining balance of the reserve as on 30th June, 2017 is $2063.
Hedge Reserve: This reserve illustrates the changes in the fair value of hedging instruments and accumulated out of the profit and loss accounts and other comprehensive income. During the period the total amount added to the funds were $910 and the closing balance leads to (after deducting taxes) ($780).
Foreign Currency translation reserve:  This reserve represents any exchange difference arising on translation of the controlled foreign entity. During the period amount utilized through this fund is $157, and closing balance has been recorded at $1714.
Non-controlling Interest:
Non-controlling interest means that total number of shares that are being hold by the independent equity holders which are usually less than the 50% of the total equity holding of the company. Usually, this figure is used when the group company use to prepare the consolidated balance sheet and where the total holding of the Holding company is shown in the subsidiary company and those portion of shares which are not hold by the holding company are being shown as Non-controlling Interest. So, as on 30th June, 2017, the interest of NCI’s in Share capital is $9076 and in retained profit is $5838. Leads to total balance of $14,914.

Answer:
As stated above, the income tax rate is 30% for the period, and the amount of tax expense is not only the figure of the firm’s accounting income multiplied to the tax rate, but it also consist of the deferred tax and so reduced by the prior period tax adjustments worth $6998 and ($2777) respectively.

Answer:
Deferred tax assets means the amount of tax that the company has been paid on advance on those portion of expense that has been taken as per accounting books but the same is not taken as the revenue department disallows the same. So, for such expenses the company have to pay tax on those expenses, but it will be shown in the company financial as the “Assets”, and it will be used to settle the future tax obligations. Usually, depreciation are taken under this category. Temporary disallowance are considered for the deferred tax assets.
Similarly, the deferred tax liability means the liability that the company has created for which the company has to pay tax in future for those transactions which the company has not paid in the current year. These transactions are usually those permanent disallowance which are disallowed by the revenue department but the company has taken as their period expense. So, for these transactions the company have to pay tax in future.
AHG have reported deferred tax liability worth $ 21,136, for the period 30th June, 2017. Out of which the elements that will be settled in near 12 months period is $1083. The balance comprises of the temporary difference attributable to comprehensive income in terms of Finance lease of worth $1083 and others worth $20,053.
AHG have reported the deferred tax assets worth $ 60,866 and these were recorded as the temporary difference in tax rate for the reason of acquisition of subsidiaries of worth, $2048, debited income worth ($1662) and credited to equity worth $298. Further these balance has been shown as the difference attributable and recognized in the statement of profit and loss account because of Doubtful debts worth $1403, Inventory $6275, PPE $7760, Accrued expenses worth $10248, Provision for employee benefit worth $4199, provision for warranties worth $2415, provision for other reasons worth $2582 and others being $2582. It has been further added that no deferred tax liability has been recognized in relation to expenses other than a business combination that at the time of the transaction did not affect either accounting profit or taxable profit or loss.

Answer:
No, the income tax expense shown in the income statement is worth $28901 and the income tax paid shown in Cash Flow statement is worth $30,940.
The difference is because of the reason that Cash flow from operating activities is being calculated by adding depreciation to the earnings before income and taxes, and then subtracting the taxes. The tax amount shown in the cash flow accumulates the total tax paid in cash during the period, and that also includes the advance tax paid and taxes on other incomes. But the tax expense calculated in the profit and loss account shows the amount calculated at the year end, after deducting all the expenses and adjusting the previous year advance tax paid and the adding the prepaid tax paid. So, the total tax expense differs in terms of accumulating the whole year tax expense.

Ahgir.com.au, 2017, “Tax expenses incurred during the period, Deferred tax/ Deferred liabilities”, Available from: https://www.google.co.in/url?sa=t&rct=j&q=&esrc=s&source=web&cd=2&ved=0ahUKEwj_jd2tqeHYAhVFvY8KHfv4AMUQFggvMAE&url=http%3A%2F%2Fwww.ahgir.com.au%2Fdownload%2F2016-ahg-annual-report-to-shareholders.pdf&usg=AOvVaw2zBOFIGpDbeLhb4T-yy0ix
Bloomberg, 2017, “ Company overview and the business of the company”, Available from: https://www.bloomberg.com/research/stocks/private/snapshot.asp?privcapId=23553609
Annual Report, 2017, “Equity holding of the company”, Available from: http://www.ahgir.com.au/download/2016-ahg-annual-report-to-shareholders.pdf