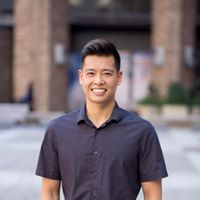 AT & T, the largest communication company in the world is itself an integrated service provider and believes in providing much advance level mobile services, very high speed internet services, to have and get next generation television services to the customers and SM solutions.

Warner Communication, one of the largest source of entertainment is mass media and this company is an American multination mass media. The source of operation for the company is to produce films, televisions, cables and also to publish the operations. The company have its current assets in terms of HBO, Turner Broadcasting system, Cinemax, warner media Sports and news etc. World famous DC comics, New Line Camera and many other friendly assets are been covered under the brand name of the company.

Being both the company have their own synergy and scale of working but in Oct. 2016, AT & T decided to take over the company so that the positive synergy in terms of large library of premium content for audiences can be made at one level where the customer relationships across the mobile, TV and broadband networks can get the facility of high speed internet and services. Further AT & T can be worlds biggest media provider with the largest pay -TV subscriber based on the broadband distribution and get the large audience at once. Company also thought to be one of the first company to provide wireless services to the customers in terms of content on television and video to foster growth in the traditional market where people use to pay for the services used for TV and video bundles.

This synergy is going to boom in the market and both services and resources will allow the customer to get the things into the business. This merger has been reported as publicly benefit as the shareholders are able to get over the losses which they were facing in the warners (old company) and since they got a good offer from the new company so it is a win- win situation for the shareholders. Followed by this there was some issues in terms of the regulatory authorities but since the synergy effect of this merger was higher and the effect can be realized soon so it was not able to bound to the shareholders and other stakeholders to not to go with the merger.

Acquisition of the company Time Warner was not an easy to get in quick periods. As the similar acquisition has been planned by AOL in 2000’s but then it has been merged with the company. During the year 2010, the company has been emerged into a largest media service provider and to started to purchase the HBO Latin America group, CNN Chile Flixster and Alloy entertainment. Followed by this the company had build of a large market which was going to put the things into the market for any one. But since the acquisition offer proposed by AT & T was sustainable and approved by the board so the synergy was developed and was possible in 2 years time, from the day of discussion to the date of acquisition. The below is the timeline chart from the day of the decision and to the day of the announcement of the merger.

February 28, 2017 The Chairman of Federal Communication has reached to the opinion to not to review the deal again and asked it to be done by Department of Justice.

March 15, 2017, The deal has been approved by the European Commission

August 22, 2017, The deal has been approved by the commission Federal de competencia.

September 5, 2017, The deal has been approved by the Chilean Fiscalia Nacional Economica.

Nov. 8, 2017, meeting has been setup between the AT & T CEO, Attorney General and has been recommended that to divest Direct TV or Turner Broadcasting, should find out the alternative to antitrust remedies or abandon the buy out plan.

November 20, 2017, A law suite has been filed over buy out by the Department of Justice;

June 12, 2018, District Judge has given green flag for the acquisition and has ruled in favor of AT &T.

June 14, 2018, AT & T had made a public announcement that they have closed the deal with of acquisition with the Time warner.

As per the valuation of the company before the acquisition was taken over, the total shares outstanding as per the quarter result of march, 31 was 782 (in million). So, as per the net assets method of the valuation we have reached to a value of the share at $38.11 per share as before take over by AT &T.

The concept of Efficient market hypothesis is justified as semi-strong- form EMH, and the reason for the same is that the company is been able to display the value of shares to the public on the very day of the announcement but some of the private information were not been displayed for the public. The company has announced that the share value of the merger and the post value of the shareholders after the merger. The report has impact the share market in terms of the share price, which went down by $2 but the positive impact was the volume of the shares were increased in the market. The company has been able to impress the shareholders  by giving a better time to exit the market by giving all the data’s to the shareholders but the date which it has to give the exit and when the public can buy back the share were not given on time and this is why the Semi-Strong Form EMH can be recognize. Somewhere it can be seen that the shareholders value has been changed due to higher value determination and offered to the demerged company but the synergy of the company which is going to revive after the effect the market of short term will be much more higher. So, a sudden panic was been seen in the market but the same has been seen at a neutral stage after the real efficient results were out and reviewed by the shareholders. If the company could have been share the news about the delay for the consolidation i.e. when the company is planning to go into the consolidation or how long will it going to take. So, many of the information were not shared with the public and this is why the prices in the market were high and effect can be seen within the public.

One of the largest media and communication industry has able to take over one of the largest film/tv studio and then able to supply the best wireless and telecom services to the customer. A customer will no longer required to use and pay the things for the services which were traditional bases. They can able to enjoy the best quality, value and experience of the future media and communication. They can have an insights across TV, mobile and broadband with the new innovative ad support content models, better inform content creation and make OTT. In terms of customers there is large benefits in terms to make choice, strong competitive alternative for cable and other video providers and or shift their content creation from customers to advertisers. Followed by this the shareholders of the company also gets a better deals in terms of getting shares and cash on the sale of their existing shares at $38.1 (as per above valuation). Both the company gets the value of synergy and enjoy the benefits of the large audience. This merger has initially been criticized by various of authorities but then since the both company is going to get the benefit and even he shareholders has passed the resolution against the same there was no point of doubt to raise any objection by other authorities. The other view point which also has been explained that the stakeholders are also going to get the benefits of the synergy as the debts of the Warners are going to be paid on time and the government will not loose money in terms of the taxation and plans for the merger. For the shareholders, as there was deficit in the financials for 2018, the shareholders now get the opportunity to get the value of the shares which they are holding since a way back. So, it can be said that there is no point of objection and there is no loss for the country person and the shareholders and this is why the whole progress and the work of the merger has been able to complete within the short period of time.