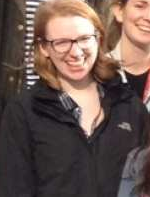 The legal research, which follows, is correct:
(a) In ABC v Lenah Game Meats [2001] HCA 63, by way of obiter dictum, the High Court of Australia determined neither policy nor precedent would prevent the incorporation of  a new tort into Australian law of invasion of privacy.
(b) In Jane Doe v Australian Broadcasting Commission [2007] VCC 281
Facts: “Jane Doe” was the victim of a rape by her ex-husband. After he was found guilty, the ABC broadcast over national radio in 3 news bulletins her full name which was in breach of the Judicial Proceedings Report Act, 1958 s.4(1A).
Legal proceedings: Jane Doe issued legal proceedings in the County Court at Melbourne and sought damages against the ABC for her psychiatric injuries as a result of the radio broadcasts.
Cause of action: Jane Doe sued for the invasion of privacy in a civil action in tort and quoted the HCA obiter in the Lenah Games Meat case.
Held: Invasion of privacy -The wrong that was done here was the publication of personal information, in circumstances where there was no public interest in publishing it, and where there was a prohibition on its publication. In publishing the information, the defendant failed to exercise the care which could be reasonably required of a national broadcaster to protect the plaintiff’s privacy and comply with the prohibition on publication imposed by s.4(1A). I find therefore the defendant breached the plaintiff’s privacy by the unjustified publication of personal information, and is liable in damages as a result.
[c] In Giller v Procepets [2008] VSCA 236
Facts: After the breakdown of marriage the husband distributed to his wife’s family and others a video of himself and his wife engaged in sexual activities. The wife was embarrassed and mentally distressed, but there was no physical harm and no recognized psychiatric injury.
Issue before Victorian Court of Appeal: a new tort of invasion of privacy versus follow English cases which extended the old doctrine breach of confidence in equity both of
which were discussed in the High Court of Australia in the Lenah Game Meats case
{Case (a) above}.
Held: a breach of confidence in equity in that "first, the information is confidential, secondly, that it was originally imparted in circumstances importing an obligation of
confidence, and thirdly, that there has been, or is threatened, an unauthorised use of the information to the detriment of the party communicating it." Breach of confidence has now broadened beyond its modern role in the protection of trade secrets to include what looks very much like a de facto equitable doctrine of breach of privacy. All necessary remedies from injunction to compensation damages are available as equitable remedies, including compensation for mere mental distress and embarrassment, aggravated damages and perhaps even exemplary damages.
You are a Supreme Court of Victoria Judge and have just finished hearing the evidence in the case before you of Wilson v Ferguson and you find as follows:
Facts: The parties were formerly in a romantic relationship – the plaintiff, M/s Wilson, alleged the defendant, Mr Ferguson, posted photographs and a video on Facebook depicting explicit images of her as result of her decision to terminate their relationship. I accept the evidence of the plaintiff, M/s Wilson, and Mr Ferguson did not contest any
aspect of her evidence. The plaintiff claimed an injunction restraining the defendant from further publication of photographs and videos and damages.
Required:
Please apply the three decided cases (a), (b) and [c] above, as researched, to the facts below and set out your reasons for your decision. In your reasons, explain which case or cases you consider binding and /or persuasive precedent and try to apply any binding precedent to formulate a ratio decidendi. Further state whether you would order the injunction sought and damages.
Answer:
In the present facts of the case, M/s Wilson, sought injunction against Mr. Ferguson, and also the damages for posting photographs and a video on Facebook of explicit images of M/s Wilson. During evidence, Mr. Ferguson, did not contest any evidence of M/s Wilson. So, applying the ratio of the binding precedents of (Jane Doe v Australian Broadcasting Commission , 2007) and also (Giller v Procepets , 2008), it can be concluded that Mr. Ferguson is in breach of confidence and also the fact that he intruded in to the privacy of M/s Wilson, and hence has also breached the equitable doctrine of privacy, and so injunction can be granted as well as the damages, after calculating against the loss so suffered by M/s Wilson.

Bronwyn is 40 and an experienced licensed conveyancing clerk who wants to start her own conveyancing business. Her partner, Roger, is a licensed plumber who works for a large construction company and earns $100,000 gross per annum. Their home at Greensborough is in joint names. Also, there is a country retreat at Walhalla in Bronwyn’s name only. Give consideration to the various business structures that are available to Bronwyn to run her business.
Required:
Provide a general letter of advice to Bronwyn on the appropriate business structure for her new conveyancing business.
Answer:
Letter of Advice to Bronwyn
Dear Bronwyn,
Thank you for contacting our law firm for appropriate business structure for your new conveyancing business.
In Australia, the business structures so used are:
Sole Proprietorship, where you will be personally liable and individually responsible for all the legal aspects of the business.
2ndly, Company is a business structure, which is in itself a legal entity, and can sue and sued under its own name.
3rdly Partnership, is a business structure, where there will two or more people, who will be jointly conducting the business. A partnership is of two types, general and the limited ones.
Based on your current position, being an experienced licensed conveyancing clerk, the plausible solution is to start a sole proprietorship, and based on the situation, you can always involve your husband, if he is willing to be the partner, if you want to change your structure to Partnership and also the aspect of incorporating a company can be thought through.
Please feel free to consult further, if the need be.
Thanks, and Regards,
Mr. David Bone
Solicitor,
Legal Firm,
NSW
(Business structure, 2018).