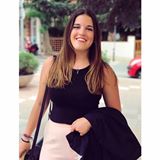 Purpose
For this assessment, you are required to use a paediatric clinical scenario and write an evidence based report. This assessment task offers the opportunity for students to develop, articulate and apply an individualised and evidenced-based approach to the care of an infant, child or youth and their family.
Method Use the clinical reasoning framework as a guide to identify the issues/priorities of care.
Part I – Description and Analysis (approx. 500 words)
• Consider the situation and review the information given for the infant, child or youth and family in ONE of the clinical scenarios provided.
• Identify three priorities (problems/issues) for nursing care based on your analysis of the clinical scenario.
Part II –Application and Synthesis (approx. 1000 words)
• Establish goals related to one of your priorities (problem/issue) identified in Part I.
• Describe what strategies (interventions) you would take (course of action) to engage with the infant, child or youth and family to develop a trusting relationship. You may choose from a variety of concepts to support your approach (rationale), for example:
? relational/interpersonal/communication theory? family-centered care theory? child rights theory? cultural safety theory? developmental theory
• Drawing on relevant literature related to concepts you have selected, describe your plan of care to address ONE of the priorities identified in Part I. Include at least two interventions and how you would evaluate the effectiveness of your care against your goals.

The health and safety of children are more than just physical wellbeing of such child, but also encompasses the all-round welfare which includes, emotional wellbeing, cultural support and social welfare (Redmond, 2010). For the purpose of this report, Situation 1 is undertaken, in which Rohan, a small boy of 9 years had been diagnosed with Diabetes Type 1, and his class teacher shares her concern with me, where she pointed that Rohan had been irregular in class, and his blood sugar readings are highly unusual. Rohan has issues in his home, and has to take responsibility for his own insulin administration.

After careful analysis of the situation 1, the following core issues have been identified;
Physical Issues - Rohan, a 9 year old boy is diagnosed with diabetes Type 1. He undertakes the blood sugar checks independently in school, and as per his class teacher he self-administers the dosage of Insulin in the morning. For a 9 year old boy, who can conduct blood sugar checks independently, it is not necessary that he understands the implications of his blood sugar readings. And administering insulin, is a difficult and critical task, and should be monitored as per the blood sugar levels of the individual concerned. Hence, for Rohan to conduct these by himself, shows a huge chance of risks associated with sudden blood sugar fall.
Social Issues - Rohan, is coming from perhaps an Indian family, who has recently moved to Australia. His mother apart from having a physical ailment is suffering from depression and no knowledge is available whether she is being under therapy or not. But from the absenteeism of Rohan and his sisters, who are apparently healthy, it shows that the irregularity is not because of Rohan’s diabetic condition but due to issues in the house. Their father leaves for work early and probably cannot take care of the children and send them to school, and this is obvious as Rohan has to administer his morning dose of Insulin by himself. Therefore, the depression of Rohan’s mother is untreated is causing issues in the social structure of the family and the welfare of the children and herself.
Cultural Issues - As is understood, Rohan’s family migrated to Australia 2 years back, and since then Rohan’s mother has been suffering from depression. This depression can arise out of a culture shock or the absence of familiar social structure around her. But the result of this is detrimental to the family along with her own health and Rohan’s as well. The diabetic chart provided by the clinic is non-vegetarian and has meat, but Rohan’s family is vegetarian. As a result of which, Rohan is not sent food pertaining to the clinic’s plan, and this can cause serious health related damage to Rohan. Regular amount of food which is required to keep Rohan’s diabetes in check is not even sent adequately as a result of which the Class Teacher has to frequently provide him with food. It is crucial for Rohan’s family to acclimatizing with Australia’s culture and this need not be a change of their own belief or values.

The one specific issue which is chosen to be discussed in detail in this segment is – the first issue of physical problems pertaining to Rohan’s Diabetes and the insufficient care provided by his family for such.

The goals or aims to achieve in handling this situation well are;
-  Effectively explaining to Rohan’s family about the implications of this disease and the possible threats to Rohan’s health if adequate care is not taken
-  Speaking to Rohan’s parents and understanding the problems the family is undergoing, and explaining the importance of Therapy for Rohan’s mother’s mental health
-  It is critical for Rohan’s mother to get well, as otherwise Rohan and his sisters are getting affected negatively by this
-  Explaining to Rohan’s family, and helping them get the adequate diet plan which will be as per their diet beliefs, and making sure that Rohan gets repeated timely food from          school, if initially such is not possible to be provided from his home

Interventions to tackle such a problem

Type I diabetes is a medical condition where the amount of glucose levels in the blood is high and the body fails to provide the required amount of insulin (Patterson et al., 2014). When T1D occurs in children, insulin is required to be administered from outside and the child in concern needs constant monitoring and care (Silverstein et al., 2005). The first intervention which needs to be created to tackle the problem of T1D is creation of a holistic diabetes management plan. This plan consists of healthy eating and diet maintenance, taking Insulin as prescribed, consistent monitoring of blood sugar levels and getting required physical activities (Wherrett et al., 2013). For Rohan, the diabetes management plan is already in place, but it is not followed effectively. The reasons are – insufficient family support, depression in the family, increased stress, probable cultural difference etc.
Therefore, the next intervention which is critical to be followed in this stage is the Interpersonal communication theory and the Family Centred Care Theory. Rohan is a 9 year old child, who is dependent on his family, his parents for his wellbeing and overall growth. Where the family itself has issues, then it is difficult for the former to take care of such a child with vulnerable health. Therefore, as a school nurse, it is extremely important to primarily provide family centred care theory and interpersonal communication theory. Family centred care (FCC) Theory is an intervention approach to the decision making in healthcare between the family of the patient and the provider of healthcare (Weis, Zoffmann and Egerod, 2014). It is in fact considered to be one of the most critical aspects of paediatric care by hospitals, healthcare groups and clinical practices. FCC helps in describing the required optimal care to be practiced by families and consists of the following principles – sharing of information, respecting and honouring the diversity and differences in the cultural and ethnic traditions and the preferences for care, partnerships with the family and collaboration with them to reach upon the most appropriate decisions, negotiation with the family and finally medical care in context to the community and family (Mikkelsen and Frederiksen, 2011).
This is ideal for practising in the case of Rohan, where his family needs to act together with the healthcare facilities and create the best management plan for the child. Here, the school and the school medical team can act as partners with Rohans family and create the best plan suitable for the child. Along with this, interpersonal communication theory was developed, because, it is crucial for the school to talk to Rohan’s father and make him understand the problems his wife is undergoing and the effect it has on the children. Along with this interpersonal communication theory will also help Rohan’s father in understanding how dangerous it is for Rohan to manage the insulin administration by himself as he is a child and does not understand the implications of blood sugar reports and the risks associated. Attempts may be taken to develop positive relationships between the school’s medical care team and Rohan’s parents, and active support should be provided to Rohan’s mother who needs to get therapy help and undergo counselling sessions to help her cope with the drastic changes in her life. Interpersonal communication therapy is aimed at understanding the perspectives of the patient parties and also to make the latter understand how simple actions taken by them can bring about a vast difference in the lives of their children and themselves as well (Bylund, Peterson and Cameron, 2012).
Lastly, the family has migrated 2 years back and therefore the culture and social differences might be overwhelming to the family. Therefore, it was suggested to provide cultural safety theory as an intervention. Cultural safety theory is an intervention practice of nursing whereby, a family or individual hailing from a different culture is ensured that their differences are respected and honoured, and sufficient alternative treatments are provided to the affected party so that their cultural and social sentiments are not hurt (DeSouza, 2008). Rohan was given a diet plan which comprised of meat and his family is vegetarian in nature. Therefore Rohan did not receive a culturally safe medical advice. Efforts must now be taken in developing a diabetic management for Rohan which comprises of ideal vegetarian diet for him. And the school healthcare team must organize for Rohan’s mother’s therapy sessions initially, and act as a partner with Rohan’s family for the welfare of Rohan’s and his family’s overall welfare.
It is expected that, if all the intervention strategies are followed then Rohan would be successful in controlling the Type I Juvenile Diabetes, and his family can also function effectively.