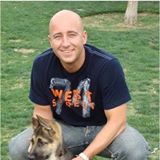 In this case, Corr is an employee who got injured while cleaning the bulk bin compressor then after the injury, he subsequently files for and receives compensation benefits. After that Corr initiated products liability action against Willamette which is a parent company of western Kraft paper group. The Willamette had absorbed Corco Inc. and he subsequently absorbed plant and machinery which includes two bulk bin compressor units. The company starts using its bulk bin compressor without modification due to which Corr got injured. The employee gets injured by the defective equipment design which is built by the corporate predecessor of the employee. The employee also gets alleged that the employer is failed to provide safe and healthy working environment. The summary of judgment was in favour of Willamette by the trial court then Corr directly appealed to the court. The Corr has proved Willamette as the third party on the basis of dual capacity and dual persona (Thorpe et al., 2013).According to the workmen compensation act if the third person not in the same employ as the injured person causes the injury then the injured employee may seek damages from the third person. But the court has rejected the facts.

Issue:
Did the Supreme Court err in granting Corr motion for summary judgment when Corr sued for product liability action against the parent company due to injury at workplace from defected bulk bin compressor?
The main issue is that the defective plant equipment is given by Willamette to its subsidiary company without suspecting it before handling it to the workmen for use due to which the employee got injured from the bulk bin compressor at workplace.
Analysis:
In this case, the dual persona doctrine is not considering the majority opinion at eight is not addressed by the court. The stream of commerce is not included in the opinions, and the requirements of the stream of commerce on the basis of that states that Corco could never be subject to the third party liability in the absence of merger (Mortimer et al., 2013). The liability of Willamette's arises out of independent business transactions which are unrelated to the stream of commerce.
The employee is not come into contract with the plant equipment in the absence of the merger. After considering all the essential elements of dual persona liability, the employee should be entitled to maintain his action against the parent company as the successor to the third party. The employee is injured in the workplace, and according to the workmen compensation act, he is liable to suit. Secondly, the steam of commerce is considered by the court.

The court has concluded that the dual capacity was not available to the workman compensation act which provides exclusive remedy in action against employer. Secondly, the court has concluded that the manufacturing unit does not give dual persona to the parent company. Thirdly, the wave of protection is not given by the parent company. But under Billy, Kimzey and Schweiner, the potential liabilities of Corco are transferred to the Willamette who is the immediate successor after the corporate merger so under the doctrine of dual persona Corr is entitled to recover.

From the above analysis, it can be concluded that the employee is entitled to stand against the employer. It is the duty of the employer to provide the safe and healthy environment due to which the employee has met with the injury. The company is must modify the plant and machinery before providing them to the workers so that healthy environment would be maintained.  The Corr is using defective machinery due to which he met with the injury, so he is entitled to stand against the employer. The employer must compensate to the employee because the accident is met at the workplace. After absorbing the Corco ltd the company is liable, and the Corco ltd has no obligation and liabilities towards the employees of Willamette.

Pandey, Kamta Prasad. "033_Compensable Harm under Workmen's Compensation Act 1923-A Comparative Study of the Indian and English Decisions." (2015).
Barrett, Brenda. "Compensation for Work Related Injury or Disease: Do Injured Workers Starve to Death?." E-Journal of International and Comparative Labour Studies 5.3 (2016).
Mortimer, Ian, and Joseph Melling. "‘The Contest between Commerce and Trade, on the One Side, and Human Life on The Other’: British Government Policies for the Regulation of Anthrax Infection and the Wool Textiles Industries, 1880–1939." Textile history (2013).
Thorpe, David. "Athlete persona as subjective knowledge under the common law restraint of trade doctrine." The International Sports Law Journal 13.3-4 (2013): 211-224.