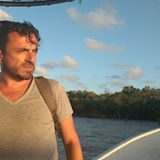 The project will accomplish various goals among which the most important is the improvement of the conditions of the homeless strays in Dallas area who currently reside in the different animal shelters, which are filled to their capacity. The company providing the initial care package, therefore, will directly affect the lives of both the strays residing in the shelters and the humans who adopt those (McCune et al., 2014). The company publicity would be only a secondary benefit that would make this approach a worthwhile use of the resources to make the biggest change in the society possible. Hence, the achievement of the project can be divided into several basic categories that include humane and economic reasons along with health benefits for both the animals and human. The impacts of the program are divided into the following specific impacts decrease the number of strays by controlling the animal population, help the animal shelters cope with the high number of animals needing help that they are unable to provide because of space constraints. The pets are also known to improve chronic mental health issues in the pet owners like melancholy and depression so this is also another benefit. The care package provided will reduce the initial cost of adoption over buying which would help control the animal population and give better care for the animals thus freeing their resources to help more strays.
Increase adoption rate- the adoption rate at animal shelters are significantly lower than that of the intake so because of the preference of people to buy pets rather than adopt creates a bottleneck in the system that limits the number of the animals that can be helped by the system. This program will provide help by giving care packages for people adopting pets, which has the potential of inciting many people to adopt who were unable to because of their financial concerns. This increase in preference of adoption over purchase is bound to have a far-reaching impact on both the animal population in the shelters in Dallas area.
Reduce pressure on animal shelters- the animal shelters in the Dallas area are hard pressed to take care of the strays that their shelters and the due to the lack of birth control of the animal population in the suburban areas they are unable to meet the needs of an ever-increasing number of strays. Therefore, the resource is always stretched thin (Simmons & Hoffman, (2016). This aspect of the management of the animal shelters and the number strays can be brought into balance if the adoption rate increases so many more animals would be housed at the shelters and effectively lower the number of the strays in the area.
Help the pet owners- the adoption and the subsequent aid provided by the pet smart has the potential to encourage more people to adopt pets from the shelters and this is applicable to people who would have otherwise bought pets from shops or the ones who could not afford the cost otherwise. The benefit of pets in companionship and fighting depression is overwhelming, which will be helped greatly in helping in the betterment of the lives of the people adopting pets and the strays being adopted (Cheung & Kam, 2017).
However, noble the goal might be the company pet smart is a for-profit company and they would be unable to make a significant impact on the stray population in the Dallas area if they work by themselves and the help provided by them would be severely limited. As a result, by helping, the company with financial aid for the project would make the impact of the program much greater and the impact on the stray population would be greater. Hence, if the chamber and the Pet smart CSR team combine their significant resources the program would help to many more pets in a way that would have a long-lasting impact on the quality of life and animal population. The proposal would request the chamber to evaluate the scope of the program and provide financial aid to the activity to increase the impact of the program significantly and help the animals find longing homes that would benefit the stray population indirectly by controlling population and reducing the distress of the animals.
The proposal requests the chamber to contribute an equal amount of money to the program to double its impact, which would not only encourage the other companies to take up similar noble goals but raise the level of expectation and change the general mindset of the pet owners.  The budget provided in the previous chapter outlines the scope of the project and its potential impact on animal shelters, the stray population and animal health. The authorization of the program would be able to make a difference in lives of the strays and the adopters so this aid would be a great way to help the business to make a change in the common trends and the lives and the conditions of the animals living on streets.

There is a tendency of people considering buying a pet that is more popular than adopting one, which directly affects the stray population and the animal shelters. Notwithstanding space and budget constraints, an adopted pet loves the owner to the same extent. Therefore, adopting a pet serves the same purpose and at the same time helps the stray population and the animal shelters meet the needs of homeless animals. The adoption is not only cheaper than buying pet while allowing the same benefits but also allows a pet owner to improve the lives other stray animals.
An animal lover should always consider adopting a pet before considering buying because of the added benefits. The companionship provided by pets is a gift that many people miss because of the financial constraints of taking care of a pet. For both types of pet owners, the pet smart offers an initiative by providing free starter care pack for each adopted animal. This allows the people to experience the joy of owning a pet and benefitting from their companionship without putting a dent in their budget. So please consider adopting a pet rather than buying one as this will help many stray animals and help control the population of the strays. The pet kit offers will also allow you to save money on initial cost for caring for your pet while getting the same benefits as buying a pet. The result of the pet adoption will help the animals and the society and also help you save money.
One of the goals of this project is to increase the adoption of the animals in Dallas shelters by 1600 which is 10% more than last year and this will not only help the adopters with financial issues by allowing them to save money on their pet care budget. The adoption would also free up space in the shelters which would allow for them to take care of more stray animals which will impact not only the condition of the animals living on streets but also lower their population.
These benefits will make the potential pet owner consider adopting before making the choice of buying pets, which is the main purpose the program.