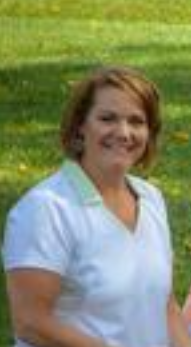 2. I personally agree with the fact that they were discharged on the basis of age discrimination as an early retirement program is a method of laying workers off. As the company had 55 people over the age of 55 and therefore the company decided to consider Lopota and Garcia for early retirement.

3. The company should adhere to the WARN Act because they have to make financial cut downs and in order to do so, the company preferred early retirement program. Therefore, Garcia and Lopota must have been given a 60 days' notice period when the mass layoff was expected. Since 100 full-time employees are covered by the WARN ACT, the company was violating the rule by laying off more employees.

4. According to me, the approach of downsizing was not fair. People who were downsized were eligible for the elderly retirement program. The possible difficulties coming up with distributive and procedural justice are the retaliation using the destructive tactics against the supervisor

5. The company was aware of downsizing the company by 200 employees. The part of the downsizing decision is the disparate impact because as they downsized their employees who were eligible for the early retirement program unintentionally. The unintentional yet illegal discrimination on the basis of disproportionate negative impact on the protected group and its members is called the disparate impact. In this case, the senior citizens were impacted.

1. Brooks made sure that the employees were not discriminated against while restricting took place and clearly stated that discrimination would not be entertained. However, through their practices, age discrimination was clearly evident.

2. The information needed to know is whether age discrimination took place or not. The information of the employees is laid off including their working period, experience, qualification. Additionally, any chances of outplacement programs on being laid off are required.

3.  The records of employees being laid off and eligibility for early retirement programs should be checked and verified. The company needs to concern about the disparate impact concept as its unintentional actions can be repeated. In case all the 200 employees being laid off are above 55 of age, the case can be seen as against age discrimination, and Brooks needs to be concerned with the ADEA claim.

While downsizing the company, it is forced to release its employees, and collective experience of employees and staff members are laid off. This affects the decision-making process of the company as the input and opinions of the departing employees are missed. The same happened with Abbott and Brooks. The only issue with their decision making was that in order to downsize the company they let go off all the employees of 55 and above of age. Thereby, a case of age discrimination was clearly evident. It was seen that all the employees who were eligible for early retirement program were laid off without any opinion or suggestion. It might be the case of disparate impact as the actions of the company were found to be unintentional. However, the case study poses a question on age discrimination and Brooks and Abbott have to be concerned with the ADEA claim.
The whole case study depicts that Abbott was planning on to hold on to the younger and cheaper employees as opposed to the experienced senior level employees. Therefore there is a need to check and verify the records relating to the age and pay grade of the laid off workers along with the retained employees. This will be helpful in assessing the situation and to clarify among the intentional or disparate actions regarding the evident case of the age discrimination.