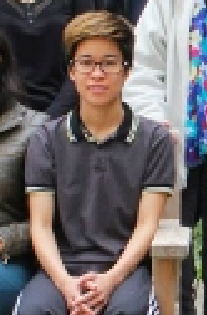 Summary of the article:

The topic of the research was to examine the prevalence of procrastination among graduate students and to investigate the relationship between academic procrastination and six dimensions of statistics anxiety.

The researcher took 135 students from a university as the participants assessed their statistics anxiety in different academic situation using questionnaires based on Statistical Rating Scale. The second set of questions was based on the Procrastination Assessment Scale-Students that was developed by Solomon and Rothblum. A factor analysis was conducted for the collected data.

One of the major findings of the study was that nearly 40-60% of the students procrastinate when writing for their term paper or when they involve with reading assignments. Another major finding was that the procrastination results from both fear of failure and task averseness which reflects well in statistics anxiety. For the first finding, the author recommends finding the reason behind why academic procrastinations occur. For the second finding, the author is not sure that whether the relationship is causal and the recommendation is not based on fact but rather on the consideration of unclear causal relationship.

Statistics coursework is a difficult nut to crack. There is no need to be concerned because Allassignmenthelp.com can provide statistics assignment help and alleviate all of your concerns in a matter of seconds. Whether you require statistics dissertation help and support or someone to take an online statistics class for you, our professional experts are always available to assist you in any way they can.

In-depth critique of the article

The research problem is clearly stated and one can clearly understand the purpose after going through the introductory section of the paper. Though the researcher has taken enough time in building the background prior to stating the actual purpose of the paper (at the end of the section), yet one can get the complete picture if abstract is read first. The first three page of the paper completely clears the intension of the researcher.

The hypotheses of the research have been mentioned briefly while mentioning the consideration of Rothblum et al (1986). There are no specific section for the research question or hypotheses within the research paper, however, reading the paper before the method section can give the reader enough understanding about the intention of the researcher and the answers to the questions he is trying to find.

The author has taken complete consideration of the ethical aspects while moving ahead with the research. The participants were fully aware about the whole process of the research and even they were provided grades from the University for their Participation in the research process. The confidentiality was guaranteed from the researcher and there were no methods involved that can entail harm.

The terms used within the paper are easy to understand for individual with average academic understanding. The theories were explained properly and the concepts used within the researcher are not of the level that is difficulty level.

The research design has been clearly defined in the method section of the research paper. The researcher stated the tools that had been used in the development of the questions, namely, STARS and PASS. The statistical tool used was factor analysis. These tools have been amply used by the previous researcher and are appropriate to the current paper. The reliability test was conducted and the value of .84, .89, and .76 was obtained. No pilot test seems evident from the study.

Factor analysis was conducted on the collected data. The tool was appropriate as it helped identify the variability among the observed, correlated variables. 135 graduates were considered as the participants and all of them agreed for the study without any absence. The findings are expected to help the universities take the research further and understand the reasons why the procrastination occurs. The research paper has built a background on which the possible reasons for procrastination such as difficult paper, hectic lectures duration or limited lecture duration, and others could be identified in subsequent researches.

The findings are linked back to the literature review and there was no major hypotheses therefore there was no point in coming up with any support point. The paper has in a way explored the topic under study. The results identified have good amount of closeness with its ability to be generalized. The results can be applied to the students of various universities as there were no such factors considered for the study that was specific to those particular university students under study. The recommendations for further research have been made.