What is the wavelength?

Wavelength in physics is considered to be the periodic wave’s special period. The inverse or multiplicative inverse or reciprocal of the spatial frequency is the wavelength. In physics, mathematics, and engineering, special frequency is the feature of any structure which is periodic in space across the entire position. Special frequency can also be considered characteristic of a structure which is periodic through several positions in space. The spatial frequency measures the frequency of repeated movement of a structure’s sinusoidal components per unit of distance. Wavelength is generally determined by observing the distance between crests, zero crossing, and troughs which are the consecutive points of a similar phase. Wavelength is the characteristic feature of standing and travelling waves. It also depicts the patterns of the spatial wave. Greek letter Lambda (λ) is designated to wavelength. The term wavelength is applied in the domain of telecommunications and electronics where modulated waves are commonly found. Wavelength is also applied to the sinusoidal envelope of waves or modulated waves. The waves in the case of the sinusoidal envelope are developed by interferences of different sinusoids. In the domain of telecommunications and electronics, the process of varying single or multiple properties of a carrier signal is known as modulation. The carrier signal is the periodic waveform. The periodic waveform varies with modulating signal which typically provides information which is to be transmitted. If a sinusoidal wave is considered to be moving at particular wave speed, wave frequency is inversely proportional to wavelength. This means the waves which have higher frequencies would have shorter wavelengths.

On the other hand, the waves which have lower frequencies will have much longer wavelengths. The medium such as vacuum, water, or air determines wavelength. The medium through which wave travels determines the wavelength. There are several wave-like phenomena such as light, sound waves, periodic electrical signals, and water waves. A sound wave is observed in air pressure as a variation. In light, the strength of the magnetic field and the electric varies. In electromagnetic radiation, the magnetic field and electric also vary. In the case of water waves, variations are found in the height of a water body. In the case of crystal lattice vibration, the atomic positions are found to vary. Therefore, wavelength measures the distance between the repetitions which we found in peaks, zero-crossing or valley-like shapes. It does not measure the distance a particular particle moves. The spectrum is the range of frequencies or wavelengths for wave. It is commonly used concerning the electromagnetic spectrum or vibration spectrum or sound spectrum. Therefore, a wavelength can be defined as the distance between successive points in an electromagnetic wave or sound wave.

How can wavelengths be measured?

It is very important to understand the way a wavelength is measured. Wavelengths are generally measured with the help of the units of meters such as centimetres, millimetres, nanometres, meters, etc. Smaller denominations are also used such as picometres, nanometres, and centimetres in measuring shorter wavelengths. The smaller denominations of meters are usually used in measuring shorter wavelengths. The shorter wavelengths which we found find in the electromagnetic spectrum are measured by the help of smaller denominations of meters. The wavelength such as x-rays, ultraviolet radiation, and gamma rays which are observed in the electromagnetic spectrum, are measured by the help of smaller denominations of meters such as picometres, nanometres, and centimetres. Optical spectrum analyzers or optical spectrometers are the instruments which are used in detecting wavelengths on an electromagnetic spectrum. The wavelength can be measured by the distance between two successive crests in the same wave. The wavelength is the distance between two crests or points in a wave. The distance between two peaks or valleys is the wavelength. in measuring wavelength, two important parameters are needed. these two parameters are frequency and wave speed. The frequency represents the number of cycles of wave passing point at a specified time. On the other hand, the speed of the waves is represented by the rate at which a wave can move through any medium and it is highly dependent on the propagation of the medium. For example, electromagnetic waves and sound waves travel through the air. The number of oscillations per unit of time in a wave is represented by the frequency of the wave. Shorter wavelengths can be observed if the frequency is higher and longer wavelengths are observed if the frequency is lower. This is because of the inverse relationship between the frequency of a wave and its wavelength. The wave speed can be calculated by multiplying the number of cycles which pass a point every second by the length of the cycle. The wave speed can be mathematically stated as the multiplication of cycle length and cycles per second. Now our experts from Online Assignment Help will tell you about the Wavelength Equation.

The characteristic patterns which we find in a light wave or radio wave or infrared wave have a particular length and shape. The distance between two consecutive peaks or high points in the same phase is known as a wavelength. The distance between two consecutive troughs or crests of a wave is the wavelength. Wavelength is measured in the wave’s direction. The distance from one trough or crest to the other and again from that trough or crest to another is the wavelength. The waves can be electromagnetic waves or a sound wave or even a light wave. The highest points where the trough of the wave is found to be the lowest is known as the crest. In measuring wavelength, units of lengths like centimetres, meters, nanometres, millimetres, etc. are used. Wavelength equation is also known as wavelength formula which depicts wavelength to be equal to the ratio between the speed of the waves and wave frequency. Therefore, it can be seen that a wavelength can be measured or calculated by dividing wave velocity by wave frequency. The wavelength is always represented meters. In the wavelength equation, “v” represents velocity and “f” represents frequency which is also measured in hertz or Hz.

Wavelength =Velocity or speed of wave/Frequency

For example, if a wave speed is 600m per/sec, and the wave frequency is 30waves/sec, the using wavelength equation we can calculate wavelength. The equation is the following:

Therefore, the wavelength is 20 m

Wavelength is the distance between two successive or consecutive crests or troughs of a similar wave. Things which can move are water, strings, air, ground-earthquake, and light. These things can move like a wave. Wavelength is the velocity or speed of a wave divided by the wave’s frequency. The wavelength equation or wavelength formula is represented as follows:

The velocity is the speed at which a wave moves in a particular direction and this velocity or the speed can be calculated by the units of meters per sec or m/sec or m/s. The frequency is the crests or troughs move through a particular point in a particular time and the formula of frequency is cycles/s or Hz. An example can be used to make wavelength equation simplified to get understood. If sound speed is almost 340m/s, the frequency of the wave is about 20.0cycles/sec, the wavelength can be calculated by using the wavelength equation in the following way:

Wavelength (λ)= 17.0m In this way, the wavelength can be calculated.

For more detailed information, our Assignment Experts are always there to help. 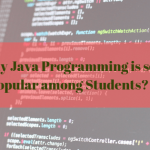 Why Java Programming is so Popular among Students?
Oliver Anderson March 17, 2020 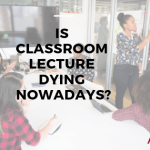 Why Java Programming is so Popular among Students?