Hello to all the readers, how are you? I hope everything is going great in your life and you all are working hard towards success. So I am back again with a topic which will help you in more than one way. This blog is going to help those who are enrolled in the literature course. This time I have selected a topic in relation to gothic literature. Today’s topic is Elements of Gothic literature. We all have to agree with the fact that Literature is a subject that fascinates most of the students. You get the power of criticism and research.

The purpose of writing this blog is to enlighten all those who are facing issues with this topic or those who want to read more on this. I have done a lot of research on gothic literature and after that prepared this blog. In this blog, you will find answers of all the intricate areas related to Gothicism. This blog also provides assignment help to those students who are on the verge of starting an assignment work.

So before beginning this blog let’s have a look at all the points I have covered in this:

Where it all started?

Not hard to define. Gothic literature arose in the last 18th to early 19th century, mainly in England. Soon in the US as well. It tells stories which are mystic, suspense and supernatural. Among its horror and terror elements, it’s still romantic because of its Romanticism roots. Obviously, it aims to explore a darker and more tragic theme than the Romantic works of that period.

During the first few years when Gothic literature just appeared, the writers followed a model that the background will always be in an old castle, an abandoned height or somewhere forsaken. Rather than describing the horror directly, they use atmosphere instead. This is exactly how Gothic literature differs from traditional horrific literature. The atmosphere would always be mystic and dread, emotions running high, with a plot of, generally, hidden secrets, ghost, vampire, and miserable life.

Protagonists in Gothic literature often have a strong mind, even being isolated or alone. This isolation can be either mentally (cut off from people around) or physically (trapped in a coffin alive). Another main characteristic of Gothic literature which would be easier to define is the “Damsel in Distress” setting, either this “damsel” being threatened by a man or just the circumstance that they find themselves in.

Supernatural elements also appear quite often in Gothic literature, such as unlucky omen, an ancient curse, dark force, ghost, vampire and unexplained manifestation. As from drama, Gothic literature emphasizes emotion and reflects on a sense of drama, and this could be kidnapping, blackmailing, murdering or people going mad/dying because of their (mental) illness. The rise and decline would also be a plot appearing in Gothic literature, which can be a family, a country, a community or if they prefer an individual.

What Is Gothic Literature?

What is Gothic? Often this question comes in the minds of various students of literature. The answer to this question cannot become in a line or two. Gothic is an art, lifestyle or a certain sensibility. This word ‘Gothic’ can be defined in three different ways. Firstly, you can say gothic as a strange mysterious and adventurous stories set in dark and gloomy places. These places can be ruins of a castle or a church. Secondly, you could understand this as a style of printing or writing in which the alphabets are very ornate. And lastly, a building such as a cathedral that has a style of architecture that is distinguished by all pillars, high vaulted ceiling, and pointed arches. The above mention definitions of gothic literature are also the elements of gothic literature.

Elements of Gothic Literature in West

Terror and wonder excite us all. We all are afraid of ghosts and monsters but still like to read about them. This inspired the gothic writers to write more. There are some elements of gothic literature which you can find in all the novels of this genre. If you are a university student and looking for online assignment help , then probably you should look at these elements. You may find vital information on these points.

“Gothic” also implies a style of ornate, and grand France architecture in the 12th century. When we talk about the elements of gothic literature, the first thing we can notice is the houses, Cobwebbed castles, derelict churches, secret passageways, hidden skeletons, dead bodies claustrophobic interiors with hidden doors and death of a character. The setting of the outside world also kept dark themed. Weather remains wrathful, thunder striking all the time. We can also see a malevolent forest inside it a ghostly graveyard and wilderness.

The second element of Gothic literature is a romanticized setting. You can always see that major characters are in love with each other and family is against their love due to a disputed past. The best example of this, you can see in the novel The Bride of Lammermoor by Walter Scott.

The third explicit element of common Gothic plots includes revenge, prophecies, familial secrets, and curses. You can notice that the ghost of pasts still haunts the present character. It has breathing, living and controlling the lives of other people. Beloved by Toni Morrison is the greatest example where past haunts the present. Ghost of the Beloved, Sethe’s third child, haunts them.

Horror and fear are the most important elements of the gothic literature. Novels of this genre bring the feeling of intense fear, dread, and disgust in the reader.

When you read any Gothic literature work, you will come face to face with supernatural beings. Monsters, demons, witches, ghosts, banshees, vampires, and other supernatural creatures often play parts in Gothic fiction.

Explorations of Romance and Sexuality.

During uptight Victorian times, Gothic literature allowed readers and authors to explore the areas of romance and sexuality. Transgressive thoughts, impulses, and desires were there but in a fairly heteronormative way. Sexuality in Gothic literature is in repressed form. Women are expected to be submissive and helpless. Women were expected to be chaste, and men are predatory. Society was patriarchal, men considered as superior, and every action made by them needs to be followed by women.

Gothic literature hero is portrayed as a flawed character. He is an isolated, outcast and lonesome figure. The protagonist has to make efforts to overcome the obstacles to make an image in society.

Symbols play an important role in Gothic literature. Character, object, and settings all have symbolic meaning. Wild forest, Dark weather, Thunderstorm, Ruined Castle all have meanings attached to them.

Emotions are on a high side in Gothic literature. The work of heightened emotion is to reflect a high sense of drama.  Women have a tendency to lose consciousness and men show anger due to unseen inner torments. You can also see lots of murders, mad people and kidnappings. Villain showed as a powerful character but in the end good wins over bad.

These are the prominent elements of Gothic literature. Take any Gothic novel, and you would find story revolving around these elements.

What is Southern Gothic Literature?

Southern gothic is set in the background of deep South America. Writers also belong from a south part only. This brings authenticity to the settings and writing. It shows a set with a sense of decay, in the deep south of America and the writers of it, are from the south, bringing an authenticity to the setting, which comes with a sense of decay, a pretense of respectability, faded elegance. Gothic literature of the south brings the slave history of blacks. In almost every southern gothic novel you can see physical and moral decay. These two things are the most important elements of gothic literature of southern America.

We have seen that elements of gothic literature in western novels don’t include black folks. The heroines of European gothic and American gothic have white skin, and the spirits that haunt them are often Christian. You will never see any ghost from an African background.

But when we talk about southern gothic, black folks are the central character of the story. The black characters are the identity of the southern American. Southern America is completely portraying the black tradition. From food to music it has everything related to the black audience.

When the African slaves migrated in southern America, they came with their own religion. They started preaching their own practices of voodoo and beliefs. Gothic literature of the south is mainly based on New Orleans.

Characteristics of the Gothic Villain or Antagonist

The Villain Is Dark and Alluring

The Gothic villain is almost all the time is a male character. You will find it strange, but he is also extremely handsome, intelligent, successful, and talented. Also, Gothic villains often showcase as innocents or victims of tough times. (Think Lord Dracula, Dorian Gray, and Heath cliff).

As I told you that hero is a flawed character in gothic literature. But the villain has attractive qualities. Gothic literature revolves around good and evil and keeps reader guessing who is what. Sometimes you will find a good guy in a villainous role, but eventually, you find the good in him. Also, you can see in most of the gothic works that a character becomes evil due to circumstances around him/her. For example, the monster in Frankenstein was not an evil, but situations made him one. And then you will see a villain who will attract you. His complex and conflicting psychology make him interesting. Example of such villains is Byronic hero and Satan.

A Gothic villain also has a sympathetic past due to which he has become a bad guy. This type of character often hangs between good and bad.

Do you feel Gothic literature a tough genre in your course? Do you feel difficulty in comprehending any novel and making assignment? Then it’s a time too for online writers for a better understanding of the Gothic literature. Being a literature student is a feeling of pride, but often students fail to score well in exams.

This is because of two reasons. Students either not prepared or busy in making assignments. They spend most of the time in writing and writing only. They forgot that they need understanding also. And when the result of that assignment work comes, they fail to score. Reason being writing an assignment is of no use. You must have skills to write an exceptional assignment. In my opinion, you should look out for online assignment help. If you feel that you don’t have skills or time, then you should take it. When you take the readymade assignment, you will get work done by the expert writers. Your scores will eventually rise up. And secondly, you can focus more on exams. So it’s a win-win situation for you.

Allassignmenthelp.com is a one-stop destination for all the university students. We are the knights with knowledge. Our experts will provide you assignment help online in all subjects. We have a large pool of academic writers. They all are Ph.D. holders and have immense experience of writing assignments. Students around the world come to us and always get satisfied result. Along with ready-made assignment, we provide various benefits to students.

You can visit us any time any day and get the best work. Our writers aim to provide exceptionally well-written assignments to the students who are in need. Thank you for reading, visit again. 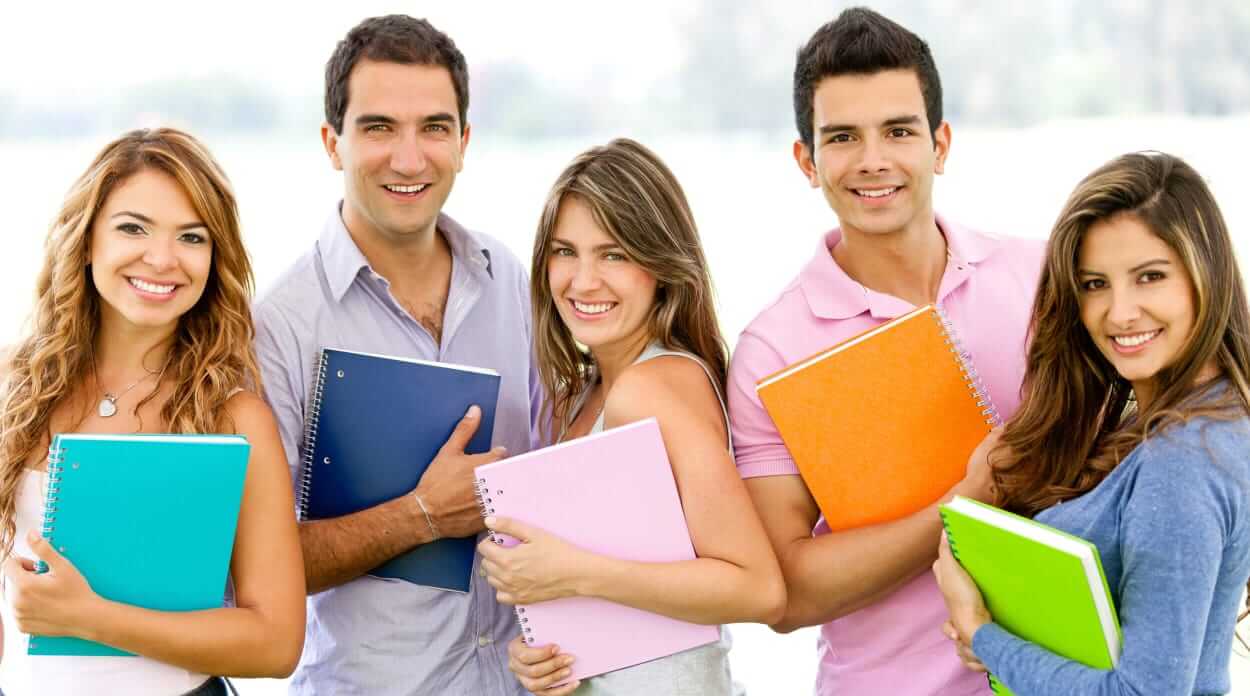 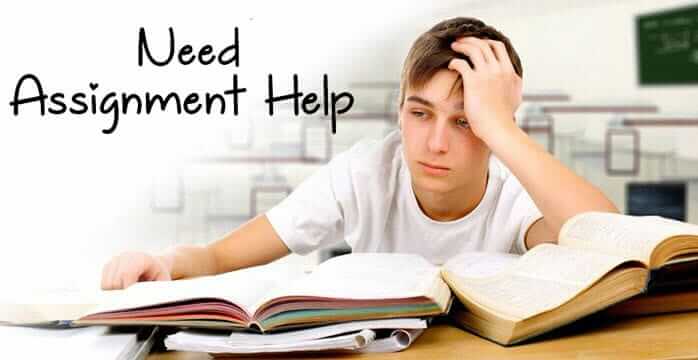 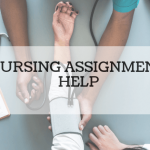 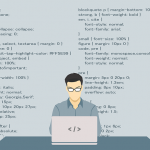 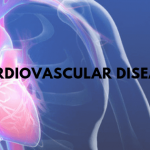