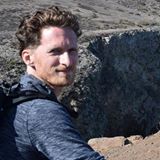 1.Explain in details why heterogeneity is a challenge for distributed system designers. Give two specific examples.

Designing the process of a distributed system is considered to be not so much easy and also straight forward. Thus different challenges have been assessed which required to be overcome so as to ascertain an ideal system which will be helpful for pertaining effective distribution. Out of some distributed system and their challenges, here heterogeneity has been evaluated successfully and are described underneath:
The internet has always enabled the respective users for accessing the services and running the application over different heterogeneous collection regarding the computers as well as networks. As per the sequence, the heterogeneity has accumulated the varieties of differences which has applied to all the important steps that encompass, hardware devices like computers, tablets and also mobile phones and other embedded devices. Different operating system like Ms Windows and other network like local network and wireless network and also satellite links has been adjusted. Different programming languages are used with variable representation regarding the characters as well as data structures with different arrays along with records. The differences thus achieved have to be addressed even though the programs are identified through writing different languages that are easily communicated (Taylor, 2014). Thus following the protocols, it can be said that heterogeneity as well as mobile code has been utilized by referring the codes of program which are ought to be transferred from one computer to a different one. These processes have structured the systematic consideration through understanding the respective destination. This are cited with the examples regarding Java applets which utilizes the codes that are suitable for making it run as the programs executed are adhered with setting important instruction for hosting the operating system significantly.

2.Explain why/why not HTML, URLs and HTTP may be classified and used as core technologies for general-purpose client-server computing?

Computer resources are made much more available in determining the availability from one host to another through a significant network. This has allowed different types of users for accessing the data in order to maintain the links. Thus management of web pages has intruded the facts upon different web server where ample amount of resources have been stored and made applicable for sharing the users significantly. Thus client server computing is considered to be the architecture where the clients are considered as the user’s browser from which the requests are considerably generated for the respective web pages. Here the server is considered as the computer where the web pages are generally stored.  It has been observed that the compatibility and usage difficulties have been administered. The web browsers can easily identify the HTML files as well as WebPages but due the discrepancies in idealizing the languages are much more difficult for deciphering the small typo that could easily lead through a non functioning page related to web. Therefore using HTML is much more easier enough for writing but if errors has been encapsulated then it will become much more costly to recapitulate the systematic progressions (Sapuntzakis, 2015). On the other hand, the URLs or the Uniform Resource Locator has been commonly underpinned that has addressed references regarding the web resources which have specified its location on a respective computer network and also mechanism for retrieving the network. In the mean time, the redirection of URL are also considered to be efficient resource locators but are quite insufficient in overall valuation and does not rich as linking the resources. The HTTP is also considered as set of rules that has been used for transferring the files. Those are text, graphic images, sound and video for multimedia files within the World Wide Web or WWW. Thus as a simple protocol proper implementation with a reduced footprint that are induced for different types of transfer along with other important services. Thus for maintaining the client server, different resource sharing interventions are regarded to be core technologies.

3.How does the openness of a distributed system impact its design? Give a specific example.

Collection of different independent computers has always appeared for its respective users within a single coherent system. Thus computers can easily communicate through different communication network. Systems of open distribution are phases that are able to interact with the respective services form other open systems irrespective of different underlined environment. Thus the impact of the design should be endeavored to conform different well defined interfaces. The systems should be supported through generating the portability of the applications sustained for interoperate the assumptions generated from the consequences of determining the factors. Thus achieving the openness within the distributed system is quite important from heterogeneity through hardware and different platform adjoining the languages (Whaley, 2015). Thus in order to influence the design effectively, the policies are specified for maintaining consistency regarding the cached data for the client. The operations have allowed the downloaded code in order to perform the overall observation. The QoS requirement has also been adjusted within the emancipation of the respective bandwidth for maintaining the secrecy required for the communication. The overall implementation process has ideally maintained within the distributed system that recommends mechanism through allowing the settlement regarding the coaching procedures. As per the preference made upon the cacheable items supporting different levels regarding trust for the respective mobile code has enabled the adjustable QoS parameters as per the overall streamlining activities of the data. Offering different encryption regarding the algorithms has been sustained through these procedures.

Distributed systems are generally like components that cooperate by entailing effective communication over a systematic network. Thus for maintaining a provisioned service, it is important to follow some of the steps that has included inherent complexities arising from the fundamentals domain and challenges. Components of the distributed system will often reside within separate address and their spaces with separate nodes cumulating the internodes communications that are required in order to formulate the mechanism of provisioning the policies as well as protocols that have been utilized for maintaining intra node communication. On the other hand, the networking communications are always asynchronous along with the application of non deterministic attitudes. Thus the accidental complexities have always aroused from the respective limitations with applicable software tools as well as development techniques. The non portable programming has positioned the APIs through poor distributed debuggers. Ironically, different accidental complexities has stem from deliberated choices made by the respective developers that have favored lower level languages along with the platforms like C and also C based operating system (Fujimoto, 2015). The application requirements have also increased new layers through distributing the infrastructure that have conceived and also released. These processes are equally matured through maintaining the capability that have complicated the development with proper integration as well as evolution regarding the working system. Moreover, software analysis and also designing techniques have also focused upon the construction within the single process applications with cumulative efforts along with the quality services. These performances are stringent enough to understand the formulation accompanied with the provision made upon the distributed system.

5.In the course content we have highlighted the value of a standard communication protocol that provides a base for distributed activity and the challenges of heterogeneous components. Given the different transparency techniques highlighted in the course materials, choose one and give an explanation of how it applies to a heterogeneous system, the value, and how the transparency is accomplished (include hardware and software mechanisms and any decisions that are based upon them).

There occurs a different challenge that has leaded the issues related to the distributed system. It can be said that the no global clock and global notion regarding the correct time can be identified. Apart from this, unpredictable failures regarding components have lacked responses that pertain within the failed components of the network. Therefore, it has been emancipated that heterogeneous variety and difference of underlined infrastructure have to be assessed with better opportunities. Thus the consistent behaviour of the internet has supported that the differences are highly masked by the resembling facts about the computers that are attached to the respective system. Thus the usage of the internet protocols have been transferred through internet protocols regarding the communication (Pathan, 2016). Thus the attachment of the Ethernet has always prevailed the implementation regarding the internet protocols for the existing network. Computer hardware along with the software has sustained the prevailing attitudes that has compared the UNIX socket as well as Winsock calls that have programmed the languages within the respective data representations. Apart from this, the S/W layer has also provided the programming abstraction in order to masking the heterogeneity of the underlying networks supplied through H/W, O/S along with other programming languages. In addition to this, solving problems regarding heterogeneity along with middleware has provided different uniform computational model for usage by the respective programmers regarding the servers for maintaining distributed applications. Thus attainment of effective structure regarding distributed system will generate all the important aspects in deliberating the actions effectively.

6.Within a distributed system many services are required to support the processing infrastructure.  As these systems are extended, scalability of these services is critical to the success of current and future applications. Given a shared resource that has the potential for frequent access from many distributed processes, provide an example that includes the resource and a technique that addresses the scalability in this situation.

The distributed system has intruded the different computers that are utilized for communication purposes overall the respective network that has assisted in coordinating the actions as well as the process of common application. It has been understood that distributed system has gathered the techniques that has gained probable interest within the recent financial year for coordinating the actions as well as process by proliferating the Web along with other internet based system and also services (Hinton & Anderson, 2014). It can be said that well established services and techniques should be empowered in order to maintain interposes communication and remote invocation. On the other hand, the distributed system has availed the cryptographic security and data replication through which transaction mechanism can be highly sustained in order to maintain a runtime infrastructure which supports different networking applications. Thus in the future these distributed application and frameworks will extensively support the mobile codes along with data streams regarding multimedia support.