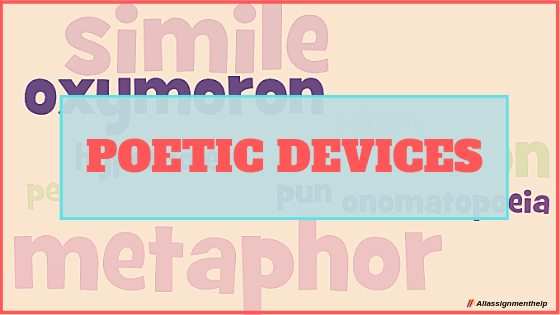 Hola peeps, how are you guys doing? Here I come again with a new topic to help you out in academics. So today you will read something related to poetry. We all love to listen and read poems. Throughout our lives, we have read and heard numerous poems from our grandparents or parents in schools. Many of you must be doing an English literature course. You have a good sense of poems. But have you ever noticed that all poems are different in style and manner in which they were written?  Have you ever noticed a different pattern of poems? Those patterns are known as poetic devices. This is our topic for today, what are poetic devices? You will shortly read about poetic devices in detail but first, let’s discuss how I am going to help those who are in the literature field.

If you are in the field of literature, then you must be having the issues of making an assignment. Writing assignment on poems is not a problem but scoring a good grade is. You may have the ability to complete an assignment on time, but you lack quality. So what could be the possible reason for not producing the quality especially in assignments of the poem? The answer is you are not aware of the intricacies of poetry. This is the reason you go for assignment help and get your work done by someone else. But today after reading my blog, you might get a good hand over the intricate areas of poetry.

So let’s have a look at what you are going to read in it:

What are poetic devices?

When we discuss a poet, we should understand that he has limited materials to create his masterpiece.  He can only use words to express ideas and feelings. When you have only a weapon, then you need to use it sensibly. So as with the words, poetry demands high order words. Use words in the right way and create a masterpiece. Words should be sound right to the listener and delight the ears. But keep in mind it should have a meaning. Words should also encourage the depth of human thoughts, empathy, and feelings. Words in poems should appear simple, self-contained and natural.

The English language has a wide range of words which can convey any emotion and feelings. So basically writing a good poem demands a good arrangement of words. There is a great range of methods and plans of the arrangement of these words. These methods or plans are known as POETIC DEVICES. These devices help in creating strong expressions which appeal the readers. Poetry is read silently, but it should have a feeling of being spoken aloud. Readers should also have the ability of hearing, to understand the artful work performed by poets.

Poetic devices based on the sounds of words

Sounds of words create a magical effect in reader’s mind. When word clustered together, they create a specific effect when readers hear it. These sounds can hit readers in various ways. They can bring various emotions like anger, happiness, love, hate or dislike. Let’s see below these various poetic devices based on sounds.

In literary work, alliteration can be defined as the noticeable repetition of same first consonant sounds in close syllables within a group of words. For instance,

There are numerous examples of alliteration you can find over the internet or in libraries in various texts. Alliteration helps the reader to focus on a particular section in text. It creates rhythm and mood and may represent a specific connotation.

It is a repeated vowel sound in words that are together or near each other in a sentence. You will find assonance in sounds that are accented or stressed in a line. For instance

As you can see in both the examples sound of vowels are repetitive. I have highlighted the assonance for a better understanding of this poetic device.

Consonance is also like Assonance, but here consonants are near or together and repetitive. Here the syllables are called as consonants and are placed in the end. For instance,

It is an unmusical series of unpleasant sounds which helps to convey disorder. You can see below examples for better understanding.

Here the highlighted words are the examples of cacophony. Poets or writers, use this form of poetic device to show discordant situation with the help of discordant words. This creates an image of unpleasantness in the minds of the readers. Writer’s words are important to bring the cacophony effect in the write-up.

This poetic device is derived from the Greek word euphonos, means sweet-voiced. Euphony can be defined as the use of words or phrases that are used to bring a melodious sound effect. Euphony gives a pleasing effect to reader due to the repetition of vowels and smooth consonants. Writers use this device with other poetic devices such as assonance, rhyme, alliteration to bring pleasing and soothing effects.

It is a repetition of words having the same sound at the end of a line in poems. It brings musicality to the poems. Rhyme differentiates poems from prose. It gives a pleasing effect in the poem. Children can easily recite and learn poem because of rhyme. Rhyme makes the poem more enjoyable and fun.

Poetic devices based on the meaning of Words

We all know several words convey more than one meaning. Poet uses words which used in with other words depicts a thought. Some significant words carry layers of meaning. Let’s have a look at such words.

Allegory is a poetic device in which abstract ideas are portrayed through characters, events, and figures. A writer can employ this in prose and poetry to tell a story to the audience. This help in explaining the idea on which the poem is based. Often, the objective is to teach a moral lesson.

The Pilgrim’s Progressby John Bunyan and The Faerie Queene by Edmund Spenser are two major allegorical works in English.

An allusion is an indirect reference to a place, person or an idea of political, historical or cultural significance. It is usually a brief reference which does not describe the person or thing in a detailed manner. It is more like a passing comment. Writer while using allusion expects a reader to understand it with the knowledge he/she has.

This poetic device depicts a contradictory situation. It refers to a situation that ends up in a different way than expected. Irony describes the difference between reality and appearance.

Irony brings added meanings to a situation or in a poem. It helps in developing reader’s interest. Irony makes the poem more intriguing. It also compels a reader to use imagination to seek the hidden meaning in lines.

It is a comparison between two, unlike things. It shows the resemblance between two completely different things. Here the comparison is direct and not hidden. Unlike a simile, here we do not use words such as ‘Like’ for the comparison.

In oxymoron, two contradictory ideas are put together side by side or in a sentence to create a good effect.

Why, then, O brawling love! O loving hate!O anything, of nothing, first create!
O heavy lightness! Serious vanity!
Misshapen chaos of well-seeming forms!
Feather of lead, bright smoke, cold fire, sick health!
Still-waking sleep, that is not what it is!
This love feels I, that feel no love in this.
Dost thou not laugh?

Here in the above lines, we can see how contradictory words put together, like Loving-hate, bright-smoke, cold-fire, sick health, waking sleep. We can easily find many oxymoron words in these lines.

It is a poetic device in which an animal, idea or thing is given human characteristics. The Non-human object is depicted like humans. We provide human quality to non-human things.

A simile is a way of making a comparison. It shows the similarity between two opposite things. Simile use words such as like or as to draw a comparison.

A simile is a figure of speech that makes a comparison, showing similarities between two different things. Unlike a metaphor, a simile draws resemblance with the help of the words “like” or “as.” Therefore, it is a direct comparison.

Poetic devices based on arrangements of the words

Verse denotes a single line of a poem. In general, this term is also used for a stanza or a specific part of poetry.

There are two types of verses. One is free verse, and the other is blank verse.

In this, a poem does not have a set meter, and no rhyming scheme is present. Also, the poem doesn’t have any set pattern. Often poets use this to hide their fluctuation of thoughts.

After the Sea-Ship—after the whistling winds;
After the white-gray sails, taut to their spars and ropes,
Below, a myriad, myriad waves, hastening, lifting up their necks,
Tending in ceaseless flow toward the track of the ship:
Waves of the ocean, bubbling and gurgling, blithely prying,
Waves, undulating waves—liquid, uneven, emulous waves,
Toward that whirling current, laughing and buoyant, with curves,Where the great Vessel, sailing, and tacking, displaced the surface

In blank verse also, you will not see the presence of the rhyming scheme. But it has iambic pentameter. Poet uses iambic pentameter to showcase larger than life events, and this creates a deep impact on the audience.

“Sweet pet by day, hunter by night. She sleeps,
she eats, she plays. My feet, caught in white paws.
She’s up the fence, watching her prey – a bird.
Poor thing, better run quick, ’cause watch, she’ll pounce!
She’ll sweetly beg for fuss, but don’t be fooled.
‘Cause one minute she’ll purr and smile, then snap!
She’ll spit and hiss – and oh – surprise! A mouse.
He’s dead. A gift. Retracts her claws. Miaow!
Figure of eight between my legs, looks up
at me and purrs. The sound pulls my heartstrings.

It can be defined as the pattern of rhyme that comes at the last of every verse in the poem. It is a structure of words used by poets to give rhyming effects. There are several types of rhyme schemes.

The rhyme scheme it follows is ABABCCDD

We are writing experts from all assignmenthelp.com. Our aim is to provide help to students who are weak in academics or don’t have time to write assignments. We have best writers with immense experience in providing assignment help online. You will receive various benefits by taking assignments from us.

Just take help from us and say bye to all your problems. Thank you for visiting. 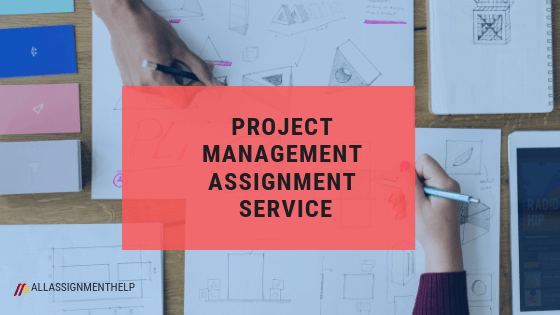 How to Create PERT and Gantt Chart – Allassignmenthelp.com