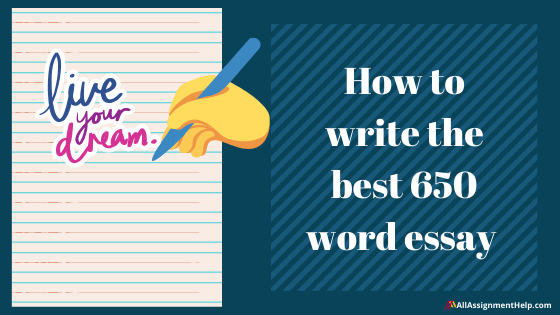 “The pen is mightier than the sword,” A popular quote by Shakespeare is enough to justify the power a pen can have. However, that pen should be in the right hands only then it could be as powerful as the sword. Writing an essay seems to be an easy task but not every time. When you have to write a short essay such as a 650 word essay 500 word essay, etc, you need the brilliance of mind and know how to condense your thoughts and ideas. Today, I am going to discuss about various aspects of a 650 word essay in a question and answer format.

The below mentioned questions are the general queries raised by students over the internet. I have collected them after doing a bit of research. Let figure out whether the answers will provide clarity on the topic or not.

When are you expected to write a 650 words essay?

It is not a general practice to write an essay in 650 words but we might often have to write such an essay depending upon the requirements of our educational institutes. It is also written to sum up the outline of the main essay (Scholarship Owl, 2019).

What is the appropriate structure to write 650 words essay?

The appropriate structure for writing a 650 words essay will consist of an introduction, body, and conclusion like a general essay. However, the structure will just contain an outline of the key points and not any detail of the discussions (IELTS Academic, 2019).

How difficult is it to write 650 words essay?

It is extremely difficult to write a 650 words essay because discussing the topic including the three sections of introduction, body, and conclusion within such a short word limit is a challenging task. However, with prudent knowledge and making a crisp outline it is possible to write the essay (World Essays, 2020).

What are the tips and tricks to write a balanced 650 words essay?

The tips and tricks in writing a balanced 650 words essay might be numerous. However, some of the major strategies consist of selecting a relevant topic and then determining a primary essay question that can be answered through developing the essay.

A thesis statement is to be formed that will guide the essay. The contents of the discussion should be effectively distributed between the three sections of the essay such as the introduction, body, and conclusion.

The introduction and the conclusion sections should ideally contain 10% of the total word count in the essay, respectively. Therefore, in the case of a 650 words essay, the introduction section should logically consist of 65 words, the body section should ideally contain 520 words and the conclusion section should contain 65 words approximately. But, there can be some variations in the number of words in each of the three sections depending on the author. The focus of the essay should not be too analytical and lengthy in the discussions. There should be a selection of just a few key points and the essay should be developed in a crisp and concise format such that the thesis statement is validated and the reader can understand the purpose of the essay clearly.

Is it possible to cover all ideas of the topic within 650 words?

It is not logically possible to cover all the ideas pertinent to the essay topic within a word limit of 650. It is relatively convenient if the essay is allocated more word count such as 1000-1500 words at least. Nevertheless, since the words allocated are 650 only, it is prudent to choose some of the key points of discussion in the essay. The contents will revolve around these key areas of discussion and the essay can have a meaningful and effective outcome in achieving the objectives of confirming the thesis statement. The outline developed initially will help focus on the areas of discussion. If you want to have complete knowledge about short essays, read Your Guide towards writing an Outstanding Short Essay.

How can you impress your professor with a custom written 650 words essay?

I think that for successfully being able to impress my professor with a custom written 650 words essay it will be essential to follow the general guidelines of writing a very short essay. I will have to ensure that I have outlined the structure and the key points that I will discuss in the essay in the introduction section. Then, in the body section, I will have to discuss a bit in-depth the key areas of the essay related to the topic. Finally, the conclusion should be crisp and clear and re-establish the thesis statement successfully. A neatly developed essay that is grammatically strong and to-the-point will help in impressing my professor and receive positive feedback.

Also read, What your Professor wants to see in your College Essay, and get an in-depth analysis of the professor’s mind before submitting your essay.

Five best topics to write a 650 words essay contemporary to 2020 can be as follows:

To get more help with topics or want quality information for your essay, visit websites such as Coursera, Udemy, Khan Academy, Jstor, etc

I have selected the topic of the trade war between the United States and China. This topic has been one of the most concerned topics on the global stage. The United States and China are the two most powerful and largest economies on the international stage. There is the economic conflict that has commenced since 2018 when the president of the United States, Donald Trump had started imposing heavy duties and tariffs on the goods that are imported from China. The aim behind such a policy reformation is to discourage the people of America to buy commodities from China. The tariffs invariably increase the prices of the goods in the hands of the final users or purchasers. This initiative could be considered as one of the steps in motivating the customers of the US to purchase American goods. China has also been into a similar situation where it is imposing heavy duties and tariffs on goods imported from America.

The thesis statement for this essay is that the US-China trade war impacts the bilateral relationship between the two nations and also influences the global economic stage.

The president of the United States has imposed tariffs to encourage people American products by imposing heavy tariffs on imported goods to make them expensive. The US government has already imposed tariffs of more than US$360 billion on goods imported from China. China has also retaliated by imposing tariffs on the products of the United States. The amount of tariffs imposed by China has been reported to be more than US$ 110 billion. In 2018, it can be observed at Washington has delivered tariffs of three rounds that have been continued till September 2019. The United States has recently imposed 15% duties on imported goods from China including perishable items such as meat or other items such as musical instruments. This Situation has resulted in a trade war between the two powerful and largest economies. The government of the United States would believe that unfair trade practices of China have increased trade deficit. Moreover, the United States has also accused China of intellectual property theft. Forced transfer of the technology of America to China has been another issue. The trade war has initiated when the manufacturers and farmers struggled along with the consumers because of the higher prices. In some of the nations, the trade war has also impacted economic conditions and has resulted in economic damage. But certain nations have benefited from the gaps created amidst the trade war situations (The BBC, 2020).

In addressing the economic damage caused by the trade war between the United States and China, the governments of many nations have taken preventive steps. The trade war has been highly criticized on the international platform where agricultural organizations and businesses of the United States have also discouraged the situation. The president of the United States has always been accusing China of its intellectual property theft and unfair business practices. On the other hand, there has been a perception in China about the intension of America in curbing the rise of China as one of the economic powers on the international platform (Sarkar, 2018). Negotiations are still going on but several difficulties have been observed. Uncertainties are revolving around this trade war and this could impact the International economy to a great extent (Swanson, 2018).

The trade war is getting escalating with fresh tariff hikes and there have been some delays on the part of the United States to impose duties and tariffs on the goods to be imported from China. But it has also been noticed that the government of the United States has agreed to refine some of the tariffs that have been imposed on Chinese imports. The analysts could not identify any concrete solution to this emerging trade war. Both China and the United States are the two largest and powerful economies that impact the international business to a large extent (LEE, 2019). If the issues around the trade war remain unresolved, the entire business environment and the overall economy would get adversely affected.

This is just one example to read more similar examples of want to have your own short essay visit allassignmenthelp.com. We have a professional team of essay writers who can write an essay on any topic. Moreover, there are a lot of benefits you can have while taking essay help online from me.

There are more benefits and services waiting for you. Just visit our main website allassignmenthelp.com and get instant support. To order an essay instantly press the button below. 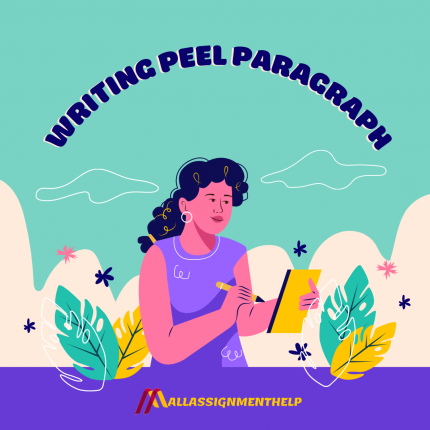