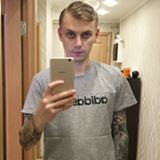 The Financial Crisis of 2007-2008 is considered as the worst financial crisis worldwide. It is also known as Global Financial Crisis (GFC). Many economists termed it as Global Economic Crisis. The 2008 crisis was the most significant economic disaster in the history after the Great Depression of 1929. By now this crisis is called “The Great Recession” due to the strong and enduring impacts brought political and social unsteadiness in different parts of the world.
Contentions were made by many economists that this crisis would outmatch the Great Depression of 1929 in its solid and lasting effects. Various assumptions were made, ideas and theories were transpired, as the cause of this Global Crisis. Ultimately government policies and regulations were declared as the cause.

CAUSES OF THE FINANCIAL CRISIS

Bursting of US housing bubble was the immediate reason of the crisis that peaked in 2006-07. The default rates on “subprime” and adjustable-rate mortgages (ARM) started rising rapidly from that point.
After the Asian Financial Crisis and Russian Debt Crisis in the year 1997-98, there was large inflow of foreign funds in US which led to availability of credit very easily which in turn, resulted in house construction’s boom and customer spending based on debt financing. Banks started to give loan to various potential house owners because of which prices of houses started rising. Loans of various types like, mortgage, auto, credit card become very easy to obtain in US. Rising real estate prices coupled with relaxed lending standards resulted in real estate bubble.
Causes of Global Financial Crisis can be better understood as under:
Subprime Lending
Subprime lending increased rapidly in 2000s. This was not because it became less risky but Wall Street started accepting higher risk. When in market there was low number of creditworthiness borrowers, mortgage lenders relaxed lending norms and given loans to more less creditworthy people. The worst loans were given in the period 2004-07, when there was highest competition between Government Sponsored Enterprises (GSEs) and securitizers. Big Investment Banks of US and GSEs played a significant role in increase of lending, as GSEs relaxed their standards to compete private banks.
Subprime mortgages were beneath 10% of all loan originators till the year 2004, after which they rose to 20% and remained there through 2005-06 peak of US housing bubble. (Refer below graph)
Increasing Housing Bubble
From 1998 to 2006, prices of the houses in America increased by around 125%. The range of national median home price during two decades upto 2001 remained between 2.9 to 3.1 times median household income. The ratio increased to 4.0 in 2004 and 4.6 in 2006. As a result of this housing bubble, homeowners started refinancing the homes at reduced interest rate, or they started taking second loan on price appreciation of the home for their spending.
There was a decline of above 20% in US housing prices in September 2008 as compared to mid 2006. As prices decreased, borrowers with adjustable rate mortgages couldn’t refinance to avoid higher payment linked with increasing rate of interest and they started to default. In 2007, many lenders started foreclosure proceeding on near about 1.29 million properties which increased to 2.31 million in 2008. Till September 2009, 14.4% of all mortgage outstanding in US were in process of delinquent or foreclosure.
Easy Credit Condition
Borrowing was encouraged because of lower interest rates. From 2001-03, the federal bank reduced fund rate with the intention to soften the impact of dot com bubble and terrorist attacks of 2001, also to fight risk of deflation.
High and increasing US current account deficit resulted in reducing interest rates. Current account deficit was at its peak in 2006.
Weak and fraudulent underwriting practices
Relaxing the lending standards and weak underwriting practices was also one of the reason of the crisis. Subprime lending standards in USA started declining, in early 2000s, a subprime borrower requires a score of atleast 660 fall to 620 by 2005. Thus this qualifying for prime loans was made easy and subprime lending become risky business. Loans moved from full documentation to low to no documentation.
Deregulation
Bank regulations encouraged unconventional practices and their regulations had a hand in the financial crisis. In some cases, changes were made in law or enforcement of the law was reduced in the financial system. Some of the examples of the same are as under:
Predatory lending
Predatory lending means the practice of unethical lender, tempting borrower for entering in "unsound" or "unsafe" secured loans for improper purpose.
Overleveraging or increased debt burden
Before the crisis, financial institutions were highly leveraged, their capacity for risky investment was increased. Most of the leverage was achieved using complex financial instruments such as off-balance sheet securitization and derivatives, making tough to monitor and reduce the risk of financial institutions.
Because of these instruments it was impossible to reorganize them in bankruptcy, thus government bailout was the only option.
US households and financial institutions became increasingly indebted during the years preceding the crisis. This increased their vulnerability to the collapse of the housing bubble and worsened the ensuing economic downturn.
Commodities boom
Just after the collapse of housing bubble prices of the commodities increased rapidly. Oil prices tripled from $50 to $147 from early 2007 to 2008, before plunging as the financial crisis began to take hold in late 2008. Because of increase of oil price, consumer started spending into gasoline, as a result of which there was low pressure on economic growth in countries that import oil. This price variance and its destabilizing effect is a factor in financial crisis.
Moreover price of copper increased together with the price of oil. From 1990 until 1999 copper was traded at $ 2,500 ton then in 1999 it reduced to around $1,600. The fall of price lasted up to 2004, when a price upsurge took the copper to $7,040 per ton in the year 2008.
Global financial crisis was one of the biggest crisis in the world, as per my opinion the chances of happening such a crisis again remain forever. As sometimes the policymakers make some policies for the good of the country or the world but the economy may respond to it otherwise. But the governments of the counties are now more attentive regarding the financial position of the economy.

Stock market- US
The stock market in US peaked in Oct 2007, when the Dow Jones Industrial Average index passed 14K points. After that the index decreased, and in Oct 2008 decreased rapidly. And then in Mar 2009, the average index had decreased and reached around 6,600.
Collapse
In the second half of the year 2007 the home prices reduced and market of secondary mortgage saw decline, IndyMac was compelled for holding $10.7 billion loans that it was not able to sell in the secondary market. In June 2008 the liquidity was reduced more when account holders started withdrawing about 7.5 percent of the deposits of IndyMac’s.
Wealth effects
Wealth, consumption and business investment together with government spending, represents the economic engine. There is a direct relationship between them, if wealth will decline, consumption and investment will decline. People of America lost near about a quarter of their collective net worth in the time period between June 2007 and Nov 2008. Till starting of Nov 2008, the S&P 500, US stock index, was reduced by 45% from its 2007 high. Prices of houses decreased by 20 percent from the prices of 2006, and the futures markets signalled a potential decrease of about 34percent. The home equity of the United States had reduced to $8.8 trillion till mid 2008 from $ 13 trillion in 2006 and it was still falling in late 2008. America's 2nd -largest household asset, the retirement asset, dropped by 22 percent, from $ 10.4 trillion in 2006 to $ 8 trillion in late 2008. Savings and other investment assets fall 1.2 trillion dollar and US’s pension assets were reduced by 1.3 trillion dollar in the same period. From 2nd quarter of the year 2007 US household wealth was decreased by total of $ 14 trillion.

Real gross domestic product
The output produced by the property and the labour in the US of goods and services declined with annual rate of around 6.1 % in the 4th quarter of year 2008 and 1st quarter of year 2009. The rate of unemployment surged to 10.2 percent by Oct 2009, which was the highest since 1983. The average hours per week declined to the lowest level of 33 since the government started gathering data in the year 1964.
There was a decline in average hours per work week to 33, the lowest level since the government started collecting the data in 1964. As the resources with the people reduced they started to invest less in creative destruction thus the number of patent applicants flat-lined. Compared to the previous 5 years of exponential increase in patent’s applications, this reduction relates to the similar decrease in GDP in the same time period.
Wealth Distribution in the US
Half of the poorest families in America did not face wealth declines at all at the time of crisis. The survey conducted by the Federal Reserve on 4,000 households between the years 2007 and 2009 found that the total wealth of 63 percent of all Americans declined in that period. Out of the rich families 77 percent had a decline in total wealth, while of the poor only 50 percent of those on the bottom of the pyramid saw a decrease in the wealth.
Impact on Australia
In spite of the fact that Australian banks were not straightforwardly influenced by the sub-prime crisis in the US, people started losing confidence in the banking sector and the decrease in global trade affected the Australian economy. As a result of crashing of share markets and the decline in Australian dollar, aggregate net wealth of people decreased, unemployment rise and a wave of uncertainty swept in the economy.
The Australian context
There was continuous economic growth in Australian economy for more than 15 years in the period 1993 to 2008 in which indebtedness and the average household wealth increases significantly. There was an increase from $ A190 billion in the year 1990 to $ A 1.12 trillion in the year 2008. The average level of household that remained about 66 percent of the disposable income during 1990s rose to around 151% of the household disposable income in the year 2009. The debt relating to household saw immense increase in last 20 years because of increase in number of households, this is because high income people buying different properties for the purpose of investment. As a result of this prices of the houses increased by 10 % p.a. between the period 2001-08. This growth was fuelled because of deregulation of the banking sector as house owners were getting the benefit of new forms of finance.

Policy maker have tried to correct the loss that the financial system and the economies have gone through by enacting various reforms, both the levels international and domestic. Financial Stability Board (FSB) was established as formal group that was informal before which consist of regulators and federal bank experts who met in Basel before the crisis. The work of FSB now is to coordinate the work of standard setting body and national financial authorities. The board brings the national authorities together that are responsible for financial stability. The national authorities were brought together mainly from G20 countries. Some of the major reforms that were finalised with the FSB guidance and were implemented can be summarised as under: