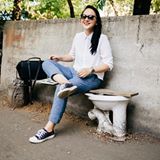 Strength-based profile
Name- Mario Kurri
Age- 63
Occupation- retired person (Power Corporation of Australia)
Residence of- Australia (Perth)
In order to complete this assignment, an interview has been conducted with Mr. Mario a resident of Australia. He is near about 63 age and is still fit and fine. He is suffering from the diabetic and arthritics pain since 3 years. That is soon after retiring from the job. At the time of retirement, he was at the post of security department head. He performed very well during his professional career.
While interviewing with Mario it was observed that he is still fit and fine and living a healthy life with his old wife and two children. But he is suffering from the diabetic and arthritics and this is mainly due to age factor. Healthy society makes the resident of that society healthy and shapes the individual to perform at their best. Sound society impacts positively on the wellness of an individual.
Mario very well expressed his feeling in his interview about his thought and thinking. In his interview, he mentioned that he loves reading holy books and spending time with grandchildren. He uses to do daily morning walk in order to control his diabetic level and to stay fit.
Through strength based inquiry with MR. Mario, it was observed that he got his graduate degree in Electrical Engendering from the Queensland University of Technology Australia.
In his interview, he very well expressed and stated that he won many medals and certificates in various extracurricular activities at the university level and he also performed well in his professional career. Mario has been observed as the epitome of knowledge and very active.
The strength-based approach is found the valid resources to uplift the society as it leads to enhance the degree of strength. In the field of social work strength-based approach play a vital role as it leads to gather the most relevant knowledge form the elderly person (Ivey et al., 2013). An elderly person is the pool of knowledge and skill which will help in making the further strategy for conducting the social work.
The strength-based approach is very useful and has significance while dealing with the disabilities and mental illness as it believes in the fact that every individual or humankind is born with the strength and some resources which he can use for his self-empowerment (Smith et al., 2006).
Through strength based inquiry social organization may be able to identify the strength an old individual has which make him attain certain achievement in his life. Through strength-based approach, one can Cleary identify that what strength is needed to achieve the particular standards of living in life.
So here in the strength based interview with Mr. Mario, it was observed and found out that still, he is living in a perfect manner also though he is suffering from arthritis and diabetic issues. But he uses to do exercise and morning walk which help him a lot to stay fit.
According to Mario, he mentioned in his interview that mental fitness is very much important. As to keep the mind healthy he mentioned that healthy mind present in the healthy body. So in a way to keep himself healthy, he told that he use to do physical exercise.
But many older people are found that they are suffering from various disease and illness (Ife et al., 2012). Such as lack of muscle power, vision problem and joint pain and so on. But here, in this case, Mario is found suffering only from Diabetic and arthritis.

Values and capacities of the Mario an old Australian resident
Through strength based inquiry (interview) Mario was found rich in its traditional values and he has strong capacities which made his life enjoyable. After suffering from the diabetic and arthritic pain he is living his comfortable life.
Due to his arthritic pain, Mario is now not able to ride a bicycle. But during his young age, he uses to ride a bicycle daily in the morning. It made him fit at that time but due to old age and arthritic pain only he is not able to ride the bicycle.
He was very fit at the time of his professional career when he was posted in Power Corporation. But to old age factor after the retirement, Mario is now feeling unfit in regards to riding a bicycle. Now, he is suffering from arthritic pain.
Challenges faced by Mario
Due to his older age, Mario is now suffering from the diabetic and arthritic pain. So due to this, he is facing many challenges in his current life. As now he needs to focus on his diet properly that is he is not allowed to eat sweets and rice daily. But Mario likes eating sweets and rice in his daily meal. But due to diabetic, he is now controlling which seems a challenging situation for the Mario. Beside these Mario is also facing other challenges also as day by day his effective visionary capacities is declining which is proving a potential challenge for Mario as he uses to read holy books daily. So now due to the visionary problem, he found difficult to read the holy books for a long time.
Strength-based approach positively impact the well-being of an older person
Various model is developed by the researcher for delivering the effective social work services and to improve the standard of living of the older people. But some model is found inadequate in regards to providing the valuable services to the older people in the society. But the strength-based approach inquiry will provide the best insight into the matter relating to the older people. It will highlight the basic need of the older people which can be addressed by the social practitioner and other healthcare association.
Through strength based interview approach with Mario, it was observed that if the older people are residing in the developed region than it will lead to putting a positive impact on the older people in many ways (Douglas et al., 1985). Here in the case of Mario, it was found that even he is suffering from the diabetic as well as arthritic pain still he is living his life happily. The reason for his happy life is his education which is his strength. That he is well aware of the importance of the wellness and accordingly he uses to manage his diet. So the social work practitioner will use this insight and can plan to deliver the knowledge to the community who are suffering the problem due to old age and can arrange the social work program in order to impart the knowledge and to help the older people of the community to make them feel happy. This way the standard of living of the elderly people can be uplifted and improved (Boud et al., 1997).

Reflection
In order to conduct the strength based inquiry with the Mario an old person resident of Australia. I have selected individual and group behavior theory to conduct the strength based interview with Mario in a way to gain the deep insight of his personal strength and competencies.
So while interviewing with Mario I found that he is very well and have a pool of knowledge. He is residing in Australia only he retired from the power corporation as a head of the security department. I have opted this individual and group behavior theory because this theory will enable to draft the wellbeing plan for the older people (Greene et al., 2017). As through this theory, I gained the deep insight of the Mario capacities and strength which he has and how his capabilities and strength is supporting him to live a better life now at his old age also.
So it helped me in drafting the wellbeing plan for the older people who are living in the region nearby the Mario. The theory enables to know the particular behavior and requirement of the community.
In order to engage with the older person the sound knowledge of interpersonal skill in very much required besides this a person should be very social in a way to make the older people feel comfortable. Through this way, older people will share their true feeling and information.
While inquiring with the Mario I was well aware of my values which helped me a lot in gaining the confidence and support of Mario. The values which are used is that I avoid using over friendly term such as baby and I avoid baby talk also (Ryan et al., 1995). Which made Mario impressed with me and due to this he shared his knowledge and various information with me.
After my whole inquiry what I felt is that the older people are the epitome of resources in regards to experience and knowledge. The knowledge which we gain from the older people will not be gained even through Google. So after my whole inquiry with Mario, I can surely say that Mario is the good resource and he helped me in gaining much information which helped in drafting the wellness program.

At the end of this assignment, it can be concluded that social work practice makes a great difference to older people's quality of life. Social work practitioner may bring the potential change in the older person life by conducting the strength based inquiry with an older person. As strength-based approach will enable the social practitioner to gain the deep insight of the older person in a much effective manner and through this insight planning for conducting and arraigning the wellness or well-being program can be drafted. And as a result, the well-being program will enable to uplift the living condition of the older person.