Answer the question based on Essence legal concern 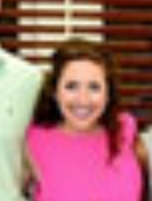 Answer the question based on Essence legal concern.
Issue 3. Can Essence use the legal principle of either ‘common mistake’ or ‘mutual mistake’ to make any contract between her and Boyano void?

Under the contract law, for enforcing a contract, which was made on mistake, seeks to define and find the very intent of the parties and also focuses on the way they are expressing that. The common law, in order to establish and maintain that there remains certainty within the business, the will and the intention of the parties are given the utmost interest. So, to make a contract enforceable the intent is crucial, but in the present facts of the case, it seems that a silence has been maintained by E for not paying B separately. But Court in (Smith v Hughes , 1871), held that, silence by one of the parties cannot impose liability so as to claim damages due to the loss so suffered out of that staying in silence. Basically, in this case study, the terms in the contract are implied and not expressed and in so doing the presumed intentions of E surfaced, which was deployed in the contract to maintain the bargaining terms (Codelfa Constructions Pty Limited v State Rail Authority of New South Wales , 1982). But, Court further held that, whatever is the implied term, it must be in accordance with the already expressed terms, so as to keep a parity with the very essence of the contract was held in both (BP Refinery (Westernport) Pty Ltd v Shire of Hastings, 1977) and in (Byrne v Australian Airlines Ltd , 1995). In (JJ Savage & Sons Pty Ltd v Blakney , 1970) and in (Bae Systems Australia Ltd v Cubic Defence New Zealand Ltd , 2011), the Court was of the opinion that, on incorporation of the implied terms, the remaining clauses cannot in no way exclude that. As stated before, the intention of the parties is crucial when there is the presence of the implied terms, and for determining that, Court in (BP Refinery (Westernport) Pty Ltd v Shire of Hastings, 1977), provided some guidelines to be followed. The Court in that case, highlighted, equitable reasonableness and emphasised the presence of both (Codelfa Constructions Pty Limited v State Rail Authority of New South Wales , 1982). But, reasonableness combined with equity cannot suffice if the implied terms do not bring any efficacy to the business (Attorney General of Belize v Belize Telecom Ltd , 2009), (Breen v Williams ("Medical Records Access case") , 1996) , and also in (Hawkins v Clayton , 1988). Furthermore, the decisions transpires that, the implied terms must be obvious, so that, any reasonable man outside the contract could have only identified it as the only meaning and no other meaning could have substituted that, (Southern Foundries (1926) Ltd v Shirlaw , 1940) and  (Gwam Investments Pty Ltd v Outback Health Screenings Pty Ltd , 2010). Court added clarity as another important criteria to bring the consistency so that the meaning to be construed do not become ambiguous (Ansett Transport Industries (Operations) Pty Ltd v Commonwealth , 1977), and stays in perfect alignment with the other expressed terms, (Hospital Products Ltd v United States Surgical Corporation , 1984), and (Secured Income Real Estate (Australia) Ltd v St Martins Investments Pty Ltd , 1979). As the present case do not have anything in accordance with the ratio stated above, so, there can be no mistake and hence E cannot make the previous contract with B void.

Place Your Order
Issue 4 : Do you believe that there has been a breach of contract by Manolo? If so what type of remedy might be appropriate?

Whether, breach is done by M, needs to be determined based on the facts and the circumstances of the case. To breach a contract, it has to be either an actual breach or a material breach as defined by the Court in (Forklift Engineering Australia Pty Ltd v Powerlift (Nissan) Pty Ltd , 2000), and held that to make a breach the essential term within the contract must not be fulfilled or performed as agreed upon and in so doing the fundamental term gets breach by any parties to the contract and can also be both of them. Court in (Tramways Advertising Pty Ltd v Luna Park (NSW) Ltd , 1938), defined fundamental term as those, which gets affected with the very non- performance of it and thereby extinguishes the contract. But, which term is fundamental and which is essential is depended on the fact, which have the force to hold the entire contract, (Koompahtoo Local Aboriginal Land Council & Anor v Sanpine Pty Ltd & Anor , 2007), (Fewstone Pty Ltd v Ross Nielson Properties Pty Ltd and George (No 171) Pty Ltd , 2003). In a different way to reach the determination, whether a term is fundamental or essential, Court followed that (Zonebar P/L v Surfers Paradise Inv P/L , 1997), if the non- performance of an agreed obligation, dissolves the contract, then the term which is not performed becomes the fundamental term. Furthermore, the Court also emphasised that to identify the fundamental term within the contract, there must be a corresponding repudiatory conduct on the non- performer, which finally leads to a prominent breach. Again, the Court defined repudiatory conduct, as the one which depicts the inability or the incapacity within the person, so performing the contract, or it can also be the unwillingness, which reflects from the behaviour of the person, who shows reluctance in performing towards the contract (Shevill v Builders Licensing Board , 1982). Thus, coming back to the present circumstances of the case, M’s action towards the performance of the contract reflects immense lack of his ability, and hence E, can not only terminate the contract, but can also sue M for the breach so made by him, through his inability to cause substantial non- performance (Immer (No 145) Pty Ltd v Uniting Church in Australia Property Trust (NSW) , 1993), and in clear and non-misleading terms (Sargent v. A.S.L. Developments Ltd. (13), 1974), E, must express his very intention to terminate the contract, but, before bringing any action of termination, E must satisfy himself, that the repudiatory conduct for which he is terminating the contract must inevitably be present and aligned with the conduct of M.
Issue 5 : Can it be argued that Manolo is an agent for his nephew and therefore Boyano is bound by the terms in the subsequent agreement?

In order to create an agency, the parties to it must be in the relationship which is that of the principal and the agent. But, to create an agency, the agent must act with the prior authorisation of the principal. So, when an agent acts in such a way that, it overrides the authorisation so provided by the principal and in so doing, makes the principal also liable for the loss so caused to the third party. So, Court determined the extent of which an act by the agent can make the principal liable to the third parties in (Consolo v Bennett , 2012). But, in the instant case study, all the three people, i.e. E, B and M individually agreed to the terms and the conditions of the contract, and in so doing the very essence of agency do not gets fulfilled (Rama Corp Ltd v Proved Tin and General Investments Ltd , 1952). Furthermore, it does not depict any kind of authorisation, from B towards M, so as to identify that the agency as between them do exists. So, the test for the agency is that, there must be an act done by the agent and that act is based on the authorisation so made by the principal, although not an illegal act (Collins v Blantern , 1767). Again, there is no evidence as to any kind of authority, far less than actual or apparent, and nothing is provided in the case study to depict that there was any explicit agreement so made between agent and the principal (Lienard v Dresslar , 1862). Again, the Court in (New Zealand Netherlands Society "Oranje" Inc v. Kuys , 1973), held that, there must be a fiduciary duty in furtherance to the authorisation of it by the principal, which is also absent in the present facts. So, the independent act on part of M, must not be understood to be an action in derogation to the authorisation (Kelly v. Cooper , 1993). As there is no authorisation from B, but only a recommendation to E to work together, there can be no relationship arising out of agency between M and B, and when there is no agency (Blakney v. J.J. Savage & Sons Pty. Ltd., 1973), there can be no binding agreement that can operate on M.